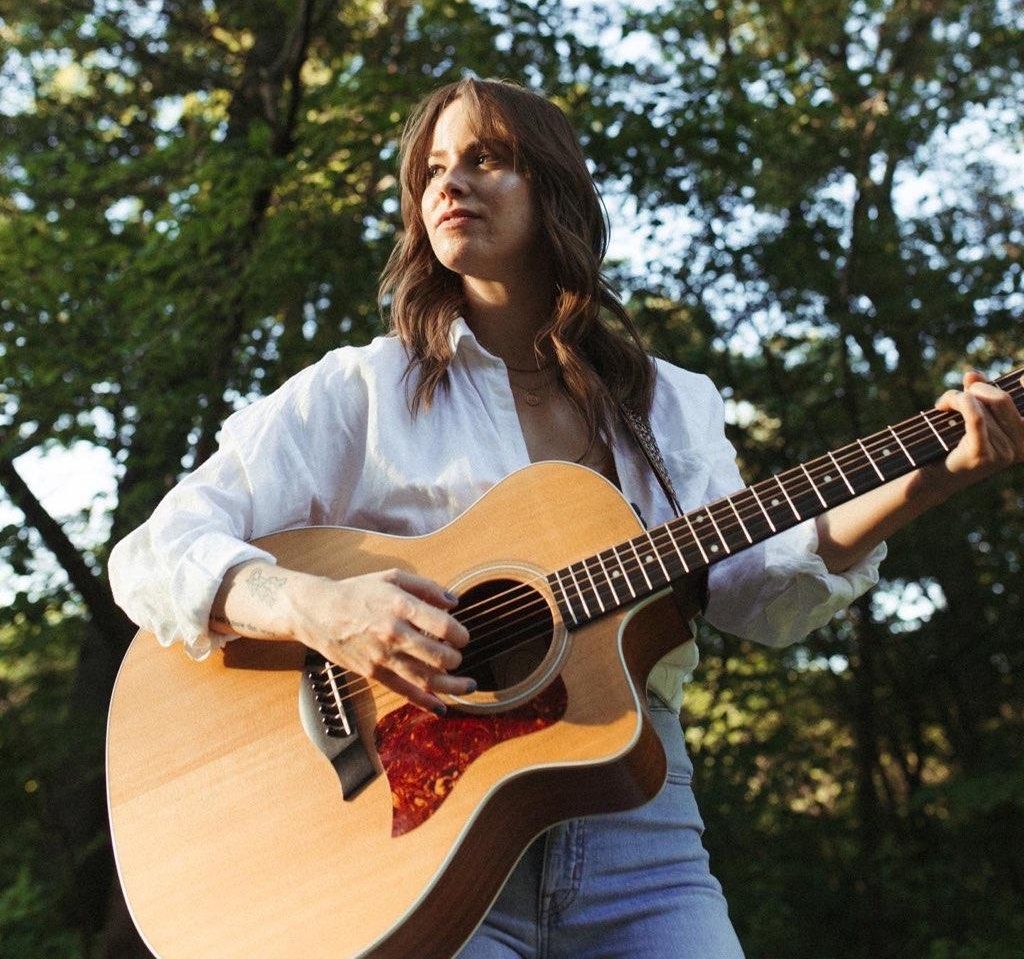 Natalie Tyer, AKA Nath, is a singer songwriter from RVA whose music has a serious “wow” factor. She’s been releasing music for nearly a decade, recently following up her self-titled third album, from 2020, with a pair of digital singles: the Legend-Of-Zelda-themed “Let’s Save Hyrule Together,” released in July; and “Everything I Have,” released in September. Hearing Nath will leave you asking yourself, “How is she not famous?” It’s a rare question, and it indicates a rare talent. Anyone who has yet to hear Nath sing is certainly missing out. I wanted to shed some light on her work and ask about her writing process, so I sat down with her for an interview over at Galley in Bon Air.

Jonathan Facka: Hello, Natalie, how are you?

Nath: Well, I just had a giant bowl of mashed potatoes, so I really can’t complain.

JF: For those who don’t know you, I’d like to say I think you’re a truly gifted singer and songwriter. How would you describe your music to anyone who has yet to hear you?

Nath: That’s a great question. My music for anyone who has yet to hear me… I think genre-wise, I would probably say indie folk pop. Yeah, let’s go with that. Indie folk pop is what I would tell people. 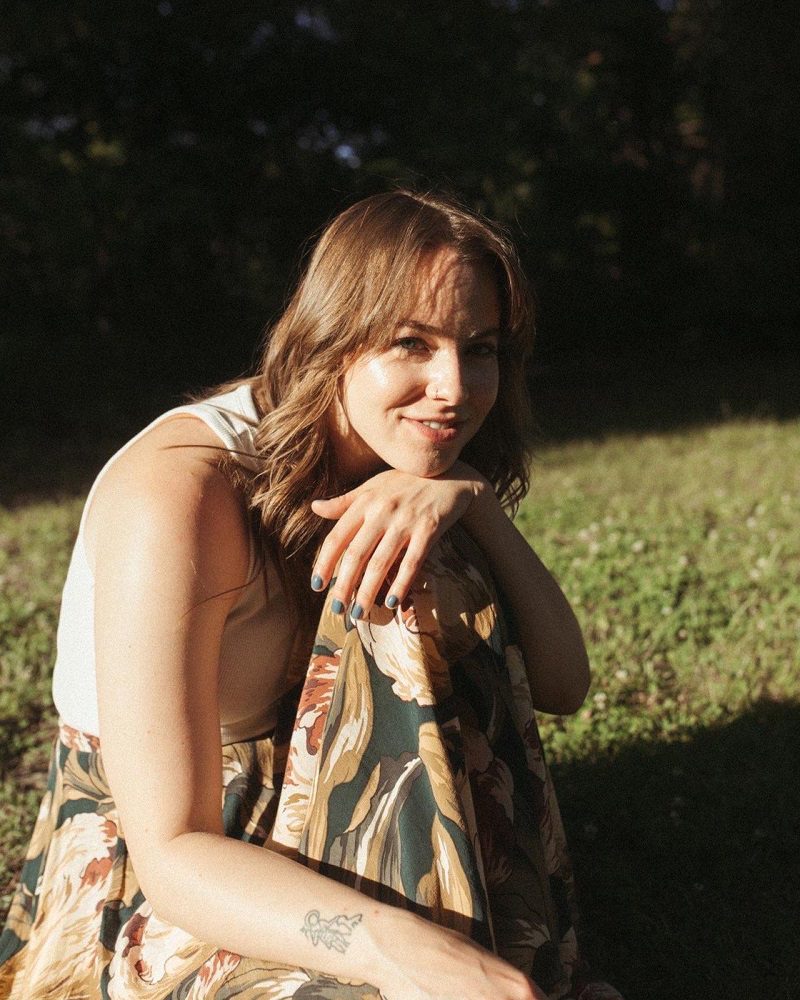 JF: Do you have musicians in your family? What inspired you to pick up a guitar in the first place?

Nath: Almost my whole family is musical. My brother has had a lot of bands over the years, and [been] a singer-songwriter as well. So I grew up watching him do that. And he was always been my biggest hero growing up musically. But actually, when I was about seven or eight, I saw my sister sing onstage at church. And I was like, “Well, that means I can sing, because we’re related, and that’s how that works.” So then I started singing, and I found out that I was actually good at it. And then from there, I wanted to write like my brother. And so I learned guitar. And then the rest is history.

JF: Well you certainly are good.

JF: Who would you say you draw the most inspiration from when you write music?

Nath: I love Brandi Carlile. I love Tallest Man On Earth. He’s the best. I love where Taylor Swift has gone lyrically in the past couple albums. I’m a Taylor fan for life. And still my big brother. I love his music. I’ve always loved his writing. He’s still a hero of mine.

JF: How do you stay interested in writing? And how do you stay on top of your game, essentially, while you’re dealing with  your life? How do they play together in your life?

Nath: I would say I’m somebody who really can push off dealing with emotions and things that I’m going through. And so it’s helpful for me to constantly notice things in my life, what I’m feeling or going through, or people around me are going through, and consistently take down thoughts that I have. I have this note app in my phone called “noticing.” And so I’ll just write down little tidbits of things that I noticed, like, “Oh, I feel this way about this.” So I can constantly take inventory of things in my life. Then when I sit down to write, I know where I’m at, and I have things to draw inspiration from when I go to write a song.

JF: Many might already know you’re a huge fan of The Legend of Zelda. When did you first get into Zelda? And you have a Zelda theme song out in the world right now — tell us about that.

Nath: I started playing Zelda when I was in elementary school. Me and my best friend used to just sit around and play Ocarina of Time all day, and I grew up playing the games. Every single one that would come out, I would buy it. We’d play it; we’d take turns watching each other play it. So I’m a huge Zelda fan, and I wanted to write a song for my best friend, who I just mentioned, and her husband, for their first wedding anniversary. It just seems super fitting, because he plays the games too. So it just seemed like the perfect gift, to use that world as a metaphor for them and their relationship.

JF: We’ll have to look that up. But you have a newer song right now, “Everything I Have” — what inspired that song?

Nath: I have a good friend who is a pastor who was doing a sermon on a certain parable that Jesus taught. And so she wanted me to write a song to go along with that, just to pair art with the teaching of it. The parable is the prodigal son. It’s the one where the son runs away, and then he comes back, and the dad welcomes him home. And so I wanted to write the song from the dad’s perspective, who’s super generous and open-hearted. Then I got to play it for my church, which was really special. But yeah, so I’m just thankful to her for asking me to write it, because it was a good challenge.

JF: Tell me about the name Nath.

Nath: So years ago, I was an intern at the place that I work at now. And in an email, there was a typo. I misspelled my name and wrote Nathalie. There’s no h in my name. And so they wrote Nathalie, and my bosses thought it was really funny for some reason. So they started calling me Nath, and it really just stuck. And then everyone started calling me Nath. And now everyone at my church calls me that. I had freelance clients who call me that now — they don’t know me as anything else. So I just decided to make it my artist name, because it felt right. It’s weird, but it works. 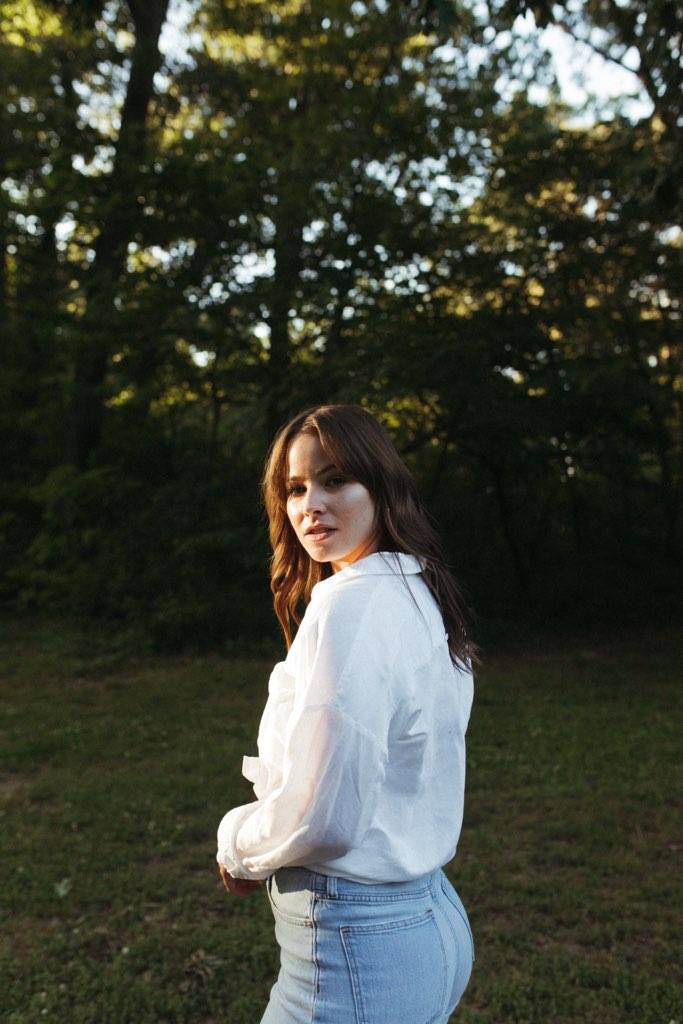 JF: What does the future of Nath have in store for RVA and the world? Is there anything you’re looking forward to?

Nath: I’ve been working with an organization called The Giving Notes Project. People submit requests for songs based on someone in their life. You know, “My brother has gone through a lot, I want to write a song about his situation.” That kind of thing. And so this organization has a group of songwriters, [and] one will get assigned to each project. From there, you write the song for free, but then they can pay to have it recorded. The songwriter retains rights to the song, and they get free studio time. So it really works out for everybody. That’s been really cool, to work with them. They’re great. And then I have been wanting to push myself to write with more people. It’s really easy for me to just write on my own and wait to be asked. But I really want to be proactive in reaching out to people and setting up co-writes, just to get to know more people in the music scene in Richmond.

JF: If people want to give your music a listen, where would you suggest that they’d go do that? And what should they start with?

Nath: Oh, that’s a good question. Well, the first part is easy. You can find my music everywhere. Personally, I’m a Spotify fan. So to me there’s no other platform. [But I’m on] Apple Music, Amazon, Tidal, YouTube, all the places. Wherever music can be found you can find me. I think I would start with my EP that I put out at the end of 2020, called Nath.

JF: Well, thanks so much. I’m looking forward to see what you do next. I’m certainly a fan and I hope that people reading this will go check out your incredible music.

You can find Nath’s music wherever you stream music, or purchase downloads of her music at her Bandcamp page. You can follow her on Instagram @nathtyer. 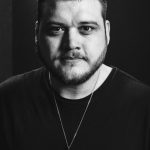 Jonathan Facka is an RVA musician and podcast host. A pioneer and innovator in visual media and an award winning songwriter who loves talking with other songwriters about music and their writing process.