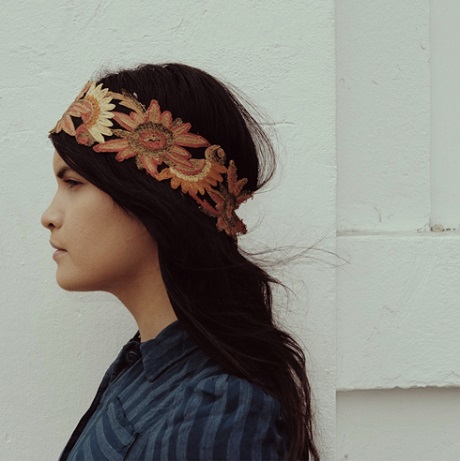 Washington native Briana Marela has always been one of music’s more emotive musicians and on her latest record, All Around Us, the evocative singer

Washington native Briana Marela has always been one of music’s more emotive musicians and on her latest record, All Around Us, the evocative singer tackles some of her deepest emotions yet against a background of polished sonic landscapes.

For Marela, it’s almost a novel concept to have the discussion of her music centered on the arrangements and compositions rather than the lyrical and vocal work as was the case previously. On her sophomore record, 2012’s celebrated Speak From Your Heart, no one can deny the vocal strength from song to song and the depth they take on as you examine the lyrics. But some compositions do lack a level of maturity and polish that Marela’s voice almost demands. It’s not something that should really surprise anyone though since her first two albums were mostly put together by herself alongside some friends with little to no experience in the process of making a record. For All Around Us, that almost had to change.

“All around, this was the first time I’ve worked with a producer,” Marela told us, but it wasn’t just any producer she worked with. On her latest record, Marela worked with Alex Somers, who is well-known for his production and mixing work with celebrated Icelandic band Sigur Rós.

“I had already started recording the album myself with a friend in Washington like the last record which was co-produced by me and someone else. It wasn’t until I heard from Alex that I thought about scrapping those recordings and heading over to Iceland to start from scratch. I had met his best friend while I was on tour in 2012 and he put me in touch with Alex and showed him our music. Alex really liked it and he was really enthusiastic about helping me create a bigger vision for this next album.”

Somers brought a new level to Marela’s already stunning vocal work, adding in orchestral arrangements that really helped her voice stand-out in the most dramatic moments of each song. It’s not as if Marela had never dabbled in intricate compositions before–Speak From Your Heart was full of them–but the level of clarity Somers was able to bring to her work that can really only come from the experience he has cultivated over the years, not just from working with Sigur Rós.

“I just wanted to make something that sounded really full, beautiful, and even orchestral. I just love strings on pop recordings. When you can have instrumentalists play parts you can’t necessarily do yourself, it adds a lot. I was excited to be able to explore the idea of writing and creating these parts and ideas and have someone else play or interpret them.”

Despite the fully realized sound Somers and Marela created on her new record, Marela will be stripping it down for her shows as she goes city to city. “I’m going to be performing with two of friends of mine actually. One’s doing drums, the other’s doing background vocals and keyboards. That’s about it.” For those who have become enamored with All Around Us, it may seem like horrible news, but to Marela, it’s almost a blessing in disguise.

“I think it’s nice to see songs played by people live when they’re a little bit different. It’s a little boring to just to see people play and it sounds exactly like the album. Why go to the show, you know? I could have just stayed at home and listened to the record. I’d hate for someone to ever think that when they saw me.”

Friday night, Richmond will get to experience just that as Marela opens for Jenny Hval for a night of otherworldly feminine musicianship over at Strange Matter in what won’t be Marela’s Richmond debut, but her debut at a “real” venue so to speak.

“I played at a space in 2012 called The Bainbridge Collective. It was a house show in the summer so it was really hot, but it was really nice too. There was this potluck there with all of these sweet people too. The headliner of the show, Nelly Kate, was really great too and she showed us around Richmond while we stayed with her. It was all really cool so I’m excited to come back.”

After hearing All Around Us, Richmond itself should be excited for her to come back as well.

Briana Marela returns to Richmond this Friday, opening for Jenny Hval at Strange Matter. For more information on the show and where to buy tickets, click here.