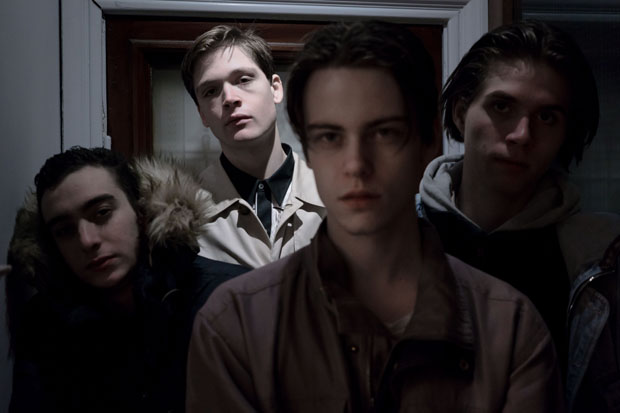 Iceage must love Richmond. Copenhagen, Denmark’s youthful purveyors of spooky, gothic-tinged hardcore have played here three times in the past two years, making this show less of an event in the eyes of some than it might otherwise be. However, this was their first time back in town since the release of their second LP, You’re Nothing, earlier this year, and between the new material that we could look forward to seeing live and the accompanying presence of fellow Copenhagen postpunks Lower, this Tuesday night show at Strange Matter was still enough to bring out quite a crowd. And for a town whose crowds have seemingly skewed ever older in the past half-decade or so, the sight of a significant amount of younger attendees in the audience was welcome. While the show was not all-ages (it seems that no one books all-ages shows in Richmond anymore, which is a damned shame, but that’s another article), there was definitely a significant contingent of X-ed up under-21s there to see Iceage, which proves that there’s still some new blood flowing into the Richmond music scene. Besides, it’s only fitting when you consider that the members of Iceage are barely over 21 themselves (even after four years and two albums in the public eye).

I got to the show a little late, walking up at around 10:30 to discover that I’d already missed opening band Springtime. This was disappointing as I’ve really liked what I’ve seen and heard from this local hardcore band in the past–but if I were going to miss any of the bands on this bill, I’d rather it be the one that I’ve seen before. I’m sure Springtime has some new material since I last caught them, and rumor has it they’ve made some lineup changes as well, so I hope to catch them again soon. 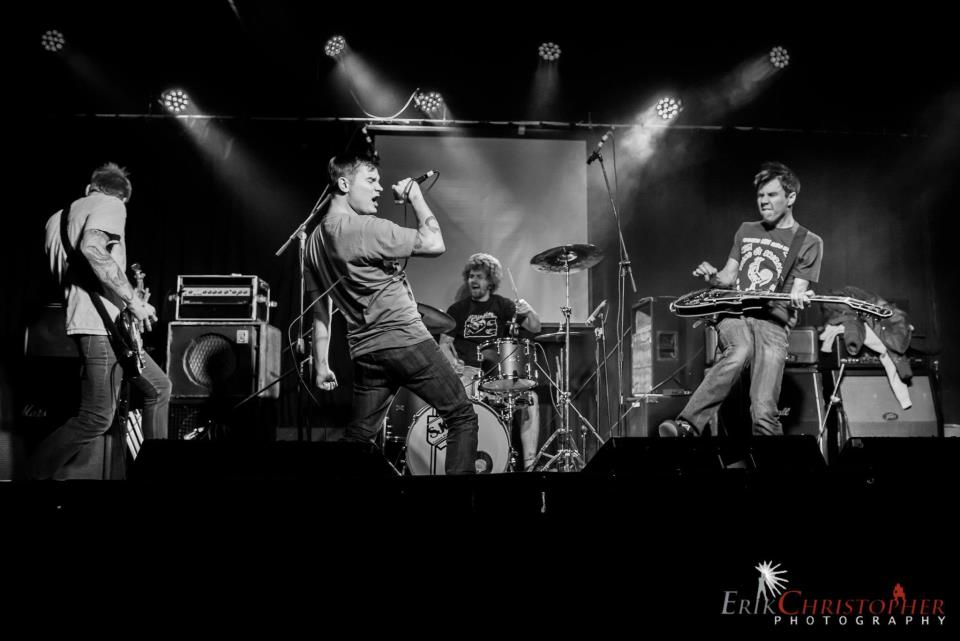 The first band whose set I was in attendance for was Brief Lives, a local quartet whose midtempo post-hardcore sound generated some palpable tension through the use of pounding, syncopated riffs. I was reminded of a style that was relatively common two decades ago, most famously practiced by Quicksand–the mixture of tough riffing drawn from NYC hardcore and complex, dramatic song structures influenced by the chaotic math-rock bands of the era. Brief Lives recreated this sound in a manner that offered much to recommend it, transcending their influences to bring new life to a style that didn’t seem at all stale in their capable hands. Unlike most bands that work within this genre, Brief Lives only have one guitar player, but the guitarist in question, Chris Compton (also of Hex Machine) handled his responsibilities well and never left any holes in the sound that would have required an additional guitarist to fill. On a less musical note, Chris also took the stage wearing a black t-shirt and the shortest black shorts I’ve seen since last time I watched my Black Flag live DVD. It was a bold look but one he was able to pull off, showing off plenty of leg without a hint of embarrassment. Good for him. 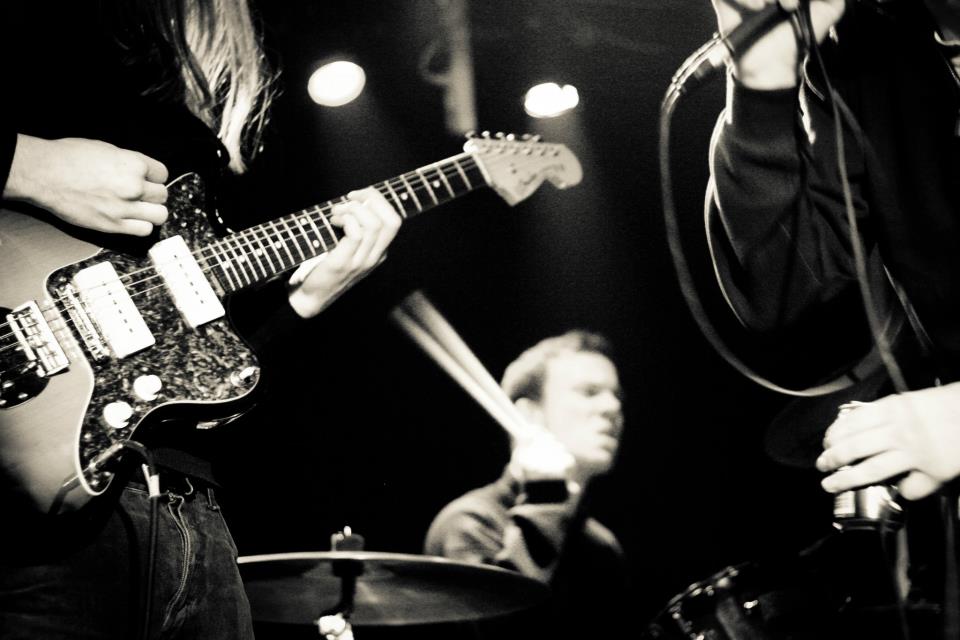 The Danish portion of the evening began with Lower‘s set, and having only heard a couple of singles by the group, I wasn’t sure what to expect. However, I was immediately won over, and was transfixed by their entire set. They didn’t display a great deal of energy during their performance; while the drummer worked up a sweat due purely to the exertion demanded by his instrument of choice, the guitarist and bass player mostly remained still, playing their parts well but without visible enthusiasm. The singer didn’t move around too much either, but the passion and commitment he put into his vocals was obvious from watching him. As he sang, he pulled at his shirt and clenched his fists, emotions passing over his face with each lyric. Lower’s music is even farther away from conventional hardcore than that of Iceage, and sounded to my ears more like the gothic postpunk bands of the early 80s LA scene. I could hear elements from TSOL’s Dance With Me and Christian Death’s Only Theatre Of Pain bleeding through the guitar and bass sounds, and the drummer’s decision to mainly use his toms rather than his cymbals to keep rhythm gave their songs a tribal element I found reminiscent of The Cure’s Pornography. As the singer gasped and pleaded overtop of the music, the mood of desperation and spiritual darkness was impossible to miss. Most of my friends at the show weren’t really feeling what Lower were trying to do, so I guess the sort of atmosphere they were creating doesn’t work for everyone, but I thought it was brilliant, and look forward to hearing a full-length LP from this group.

Finally, it was time for what everyone was waiting for. Iceage took the stage and, without a word, launched into You’re Nothing‘s opening track, “Ecstasy.” The place exploded at the first note, with an intense mosh pit erupting at the foot of the stage. Singer Elias Ronnenfelt played second guitar on the first two songs in Iceage’s set, but wasn’t that diligent about playing along with the rest of the band, sometimes letting go of the neck in order to grab the mic stand with one hand while continuing to strum his open strings. It seemed on these songs like the main purpose of his guitar playing was to add a layer of chaotic noise to the band’s sound. After two songs, he put the guitar down, and did not pick it up again. For the vast majority of the set, Ronnenfelt was a true frontman, screaming and thrashing around at the lip of the stage, sometimes leaning into the crowd with one foot on the monitor, other times dropping to his knees and curling up in a ball. Between-song banter was almost absent–he’d generally only speak the name of the next song, and then the band would slam into it and he’d be off again. His default facial expression was a baleful stare, which he fixed on the crowd as he sang. At one point, when he was close to the edge of the stage, a kid in the front row grabbed one of his legs, and before we knew it, Ronnenfelt was off the stage and in the pit, thrashing and shoving with the rest of the moshers as he continued to sing. 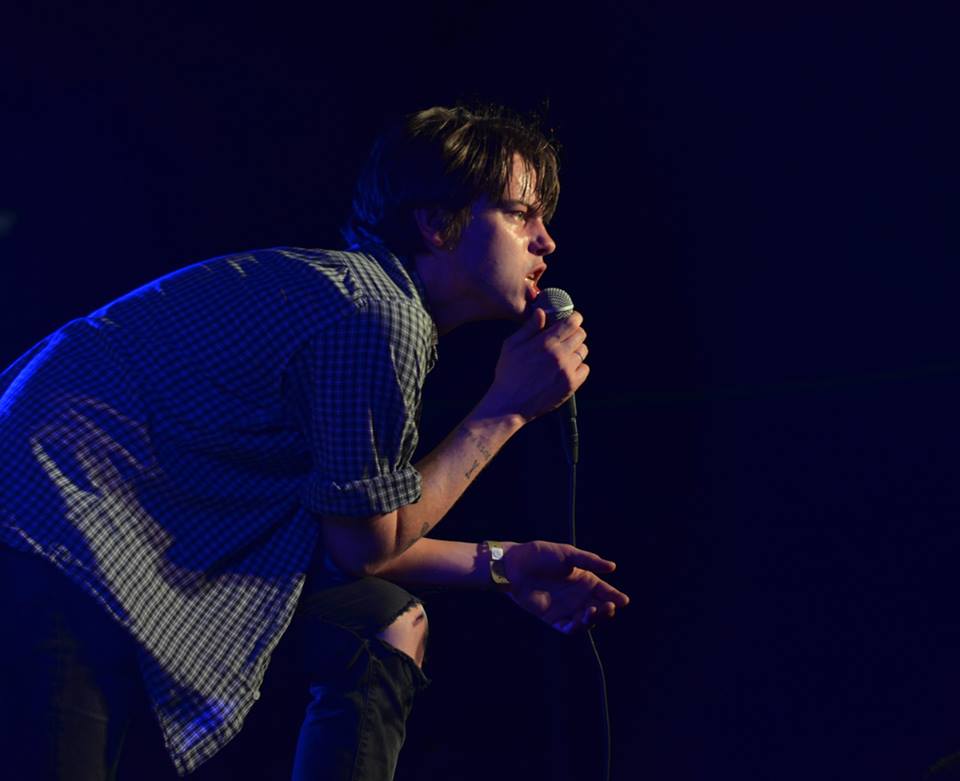 The set featured almost nothing from Iceage’s 2011 debut, New Brigade, and was mainly divided between songs from You’re Nothing and what was presumably new material. It seemed as if the band has quite a few complete songs ready for whatever their next release might be. Where the material on You’re Nothing moved somewhat away from the postpunk sound of their first album towards heavier hardcore sounds, the new songs they were playing seemed slower and more dirge-like, though who knows if this will be reflected on whatever they finally put out. They ended their set with a one-two punch of songs run together, which began with “Morals,” the lead single from You’re Nothing and what is in my personal opinion the best song they’ve done thus far. I was right up front for this one and managed to get whipped in the eye by Ronnenfelt’s mic cord at some point, but I was having too much fun to care. They ran the ending of “Morals” right into a faster song of theirs (which I recognized but couldn’t tell you the name of–sorry), and then without saying a word, put their instruments down and walked offstage. It was a fitting end to a set marked by a somewhat aloof stage presence. Iceage performed with a lot of passion and energy, but even when Elias dove into the crowd, it still felt like there was an emotional if not physical gulf between the crowd and the band, as if the band is simultaneously attempting to express deep emotion but remaining trapped within an alienated mindset that they haven’t figured out how to break out of. Perhaps feelings like this are what allows their music to connect so well with younger audiences. Either way, it makes for great music, and last week at Strange Matter, it resulted in a powerful and affecting live performance as well.