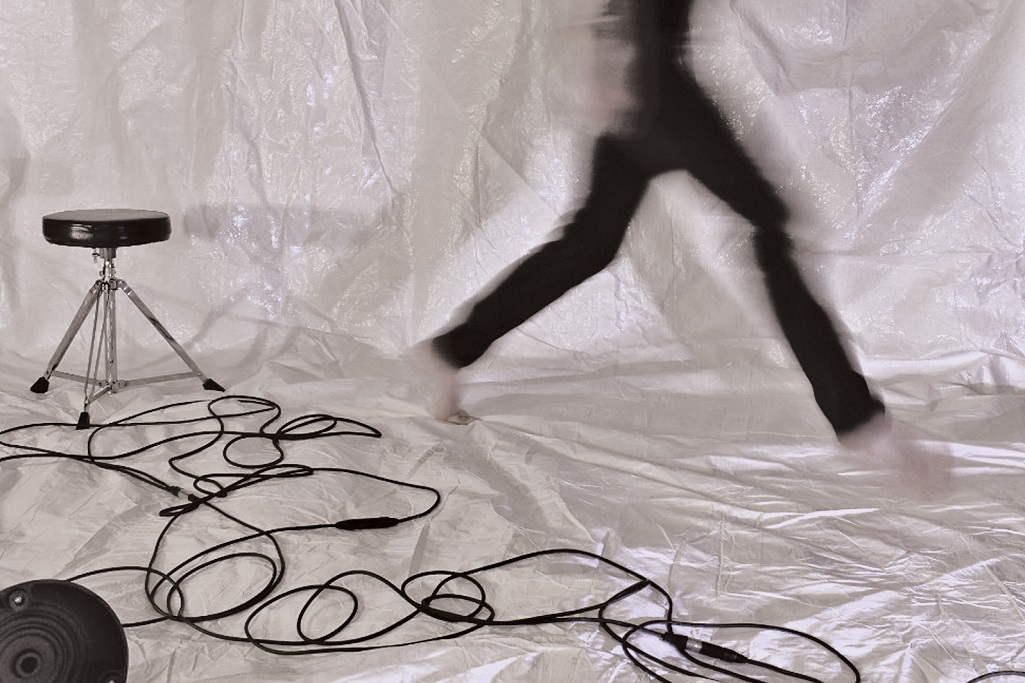 Starting A Joke With V.E.

If I mention the Bee Gees to you, chances are your first thought is the Saturday Night Fever soundtrack and the iconic disco hit “Stayin’ Alive.” But what a lot of Americans don’t know about the Bee Gees is that this British/Australian brother act had a thriving career well before the disco era, originally becoming famous for the psych-pop R&B sound they exhibited back in the late 60s. Indeed, they had a series of hits in the late 60s that were ever bit as popular in their time as their later disco hits — generally featuring the tenor vocals of Robin Gibb, rather than his brother Barry’s legendary falsetto. These included “To Love Somebody,” “Massachusetts,” “New York Mining Disaster 1941,” and “I Started A Joke.”

I’m telling you all this about a band with no Richmond connections because it’s history you need to understand in order to have context for the latest release from V.E. This is the Richmond art-rock combo’s first release since 2018, and it sees them reduced to a duo, with longtime drummer Tricia Kupec holding down the beat and bandleader Lawrence Joseph taking care of everything else. It has a decidedly different tone than the Bee Gees original, trading the melancholy strings and lachrymose Robin Gibb vocals for a moody alt-rock approach that blends LJ’s grainy baritone with an understated, guitar-driven approach.

The result is not just a by-the-numbers cover, instead making this song indisputably a V.E. tune. It’s simultaneously reminiscent of the desert-psych created by West Coast Paisley Underground bands of the 80s (think The Dream Syndicate or even Mazzy Star) and 90s post-grunge oddities like Dada and Morphine. It’s cool, it’s wry, it’s nothing like anything anyone else in Richmond is doing these days… in other words, it’s prime V.E.

So where’s this unconventional ensemble been since early 2018, when they released their covers of Dorthia Cottrell’s “Gold” and The Flamingos’ “I Only Have Eyes For You”? Like the rest of us, they were wrestling with the many difficult effects of the past three years. Frontman Lawrence Joseph explains: “Back in 2020, I was steadily working towards getting some new songs completed at Rabid Ears studios. But, like everything else in the world, this was disrupted by COVID. And, with the added social upheaval surrounding the murder of George Floyd, it seemed unimportant and tone deaf to think about my own projects. For the longest stretch of time since I began making music, I did nothing: Didn’t write. Didn’t practice. Didn’t play.”

That could have been the end of V.E. (who, by the way, were once known as Various Eggs, though they changed their name in 2019 to, according to LJ, “avoid being mis-ascribed as a twee folk rock act”). Fortunately, Kopec eventually cajoled LJ back into the practice space.

“We resumed playing with no agenda and started writing some complicated keyboard and drum pieces,” LJ explained. “We started recording these sessions to capture good stuff in the improvised parts. Concurrently, we started getting serious about re-establishing a recording environment around ourselves. Tricia bought new drums based on what she loved in the studio and I bought new microphones, monitors, etc. Our cozy wood-paneled hunting lodge started looking more and more legit.”

The Bee Gees cover that comes to us now was the result of the first test of the band’s new recording equipment — one that, by the sound of it, turned out quite well. It also makes up for the struggles an earlier VE lineup dealt with when attempting to lay down a version of this track years ago. “We originally attempted to record this back in 2015 with Todd on guitar, Ben on bass and Allen behind the boards at the now defunct Scott’s Addition Sound,” says LJ. “The recording session was a great learning experience, but it wasn’t a success. Though it’s just me and Tricia on this recording, it was created on the shoulders of giants: this cover wouldn’t be what it is today without the input of Todd, Ben and Jake.”

Whatever it took to bring this lovely tune our way, it was worth it. It’s the perfect soundtrack to this hot, stormy week here in Richmond. Hopefully it’s also a sign of good things to come from V.E. in the near future — maybe even some new originals? Fingers crossed.

For now, you can purchase your own digital copy of “I Started A Joke” from Mending Wall Records’ Bandcamp page, or stream it on Spotify. Make it happen.