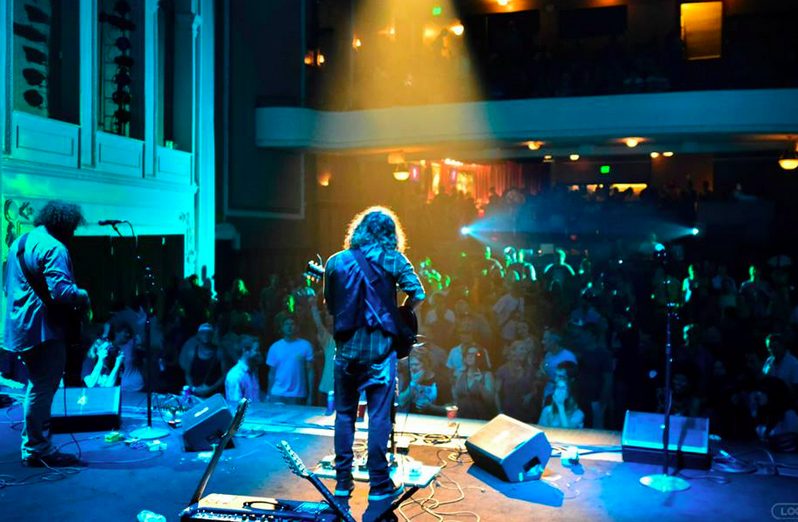 The 5 Bands to Catch at Interlocken 2014

From September 4-7, music-lovers from across the country will swarm at the rustic expanse of grass and forest that is Oak Ridge Farm for the second Interlocken Music Festival. They will flock to Arrington to watch rock n’ roll hall of famers, jam band icons, and music legends including The Allman Brothers, Phil Lesh and Friends, Widespread Panic, Willie Nelson, Tom Petty and The Heartbreakers, The String Cheese Incident, and Wilco.

Last year, 25,000 people turned out for four days on the farm, and this year numbers are expected to rise. The festival organizers have purchased a 385-acre farm next to the Oak Ridge Estate to help traffic flow and provide a centralized festival location.

After investigating the festival security practices last year, ABC yanked the festival’s liquor license earlier this summer. But Dave Frey, the festival’s cofounder and organizer, assured fans, “beer and wine are available throughout the entire ABC licensed area, just as it was last year,” the News Leader reports.

So it seems fans should be able to enjoy a beverage or two at this year’s festival as they watch the headline acts.

But they should reach for a beer for the lesser-known bands too – those bands who hope to use the festival’s rising status to build their own reputation and fan base.

Here are five bands that you don’t want to miss if you plan on driving to Arrington next week.

If you’re a funk fan that appreciates experimental jamming and tightly played compositions, make sure you get a close-up view of Tauk on Friday afternoon. Fresh off the release of their second album, Collisions, the NYC-based quartet is continuing to refine their sound and build their fan base. What’s really put these guys on the map is their ability to keep a crowd grooving without any lead vocals, which makes sense for a band that began playing with one another in middle school. The infusion of catchy melodies and intricate rhythmic interplay keeps Tauk’s songs fresh, as they transition smoothly through the different parts of their compositions. They mix a lot of ideas while retaining a crisp, funky sound—they don’t drag you through the mud but still let you get dirty. Don’t be surprised if you find yourself really thinking about the music when you hear Tauk perform. Bassist Charlie Dolan told the New York Village Voice, “It’s music that makes you think, but can also make you dance.” Tauk takes the stage at 1:00 p.m. on Friday, good luck standing still.

Though they play bluegrass instruments, calling Cabinet a bluegrass band would fall far short of describing them adequately. The 6-man group weaves elements of rock, folk and reggae into their songs, while nodding to the rolling hills of their Eastern Pennsylvania home with soulful string picking. In an interview with The Bluegrass Situation, guitarist Mickey Coviello said the best word to describe the band is, “slamgrass.” The slam comes from the rowdy, energetic crowds that have danced in front of Cabinet since 2006. The open, rustic atmosphere at Oak Ridge Farm should complement Cabinet’s earthy sound perfectly on Friday afternoon.

People’s Blues of Richmond, or PBR, has won crowds over with their combination of gritty lyrics and heavy-hitting rock ‘n’ roll blues. They are a throwback to the early 1970s rock ‘n’ roll music and culture, playing perhaps only slightly less hard than their lyrics suggest they party. The only thing heavier and more raw than the band’s sound is their vocals, which made their most recent album, “Good Time Suicide,” an alcoholic and sexual lyrical slam-down. The album covers a lot of ground, mixing folksy blues tunes between songs with psychedelic effects and echoing vocals. Though they seem to embody the vibe of bands a generation before them, PBR keeps things fresh by mixing their sounds and playing with a diverse pallet of rhythmic texture. The trio met at a Richmond open-mic night and have built a fan base that selected them as one of the winners to the Rockn’ to Lockn’ contest. They’ll open things up on the Friday main stage. Be prepared for a musical throw-down.

Nothing’s better than a trio of talented musicians backing up a chick with knock-your-socks-off pipes. Erin Lunsford’s Wildfire brings the whole package to the stage, shuffling between smooth grooves and bursts of rhythmic expression that complement her vocals. Lunsford’s voice has a sexy and soulful power, which works perfectly when matched by Ryan Lipp’s guitar melodies on songs like “Got Dem.” Lunsford is an award-winning vocalist and songwriter, taking first place at both the 2013 Charlottesville Paramount Idol and the 11th annual Rapunzel’s Songwriting Contest. Their debut album, “Erin & The Wildfire,” shows the band’s dexterity with song playing. They move from a slow, lyrically expressive place in “Best I’ve Ever Been,” to the funkified halls that the Bee Gee’s built with a “Stayin’ Alive” rendition. The group met at the University of Virginia and have been described as a “local treasure” within the Charlottesville music scene. They are one of the winners of the Rockn’ to Lockn’ contest, and will undoubtedly garner plenty of support from the locals on Sunday afternoon.

Since Dumpstaphunk’s debut at the 2003 New Orleans Jazz & Heritage Festival, they have thumped their righteous funk on audiences all over the country. Led by the double-bass attack of Tony Hall and Nick Daniels III, Dumpstaphunk keeps crowds grooving with a sound that forces bodies into motion. Ivan Nevill adds chunky clav rhythms and B3 licks to the funky soup while handling much of the vocals. Their summer 2013 release, Dirty Word, expands on the funk and incorporates touches of gospel, blues, and rock ‘n’ roll guitar play. “We always keep the spontaneity going, that’s something I love about this band,” says Neville. “We can funk it out with the best of them, but we also like to showcase how all sorts of music can come together and push the boundaries of what funk music is.” Whatever the crew from New Orleans throws down on Thursday, they’ll undoubtedly light up the late night Shakedown Stage.