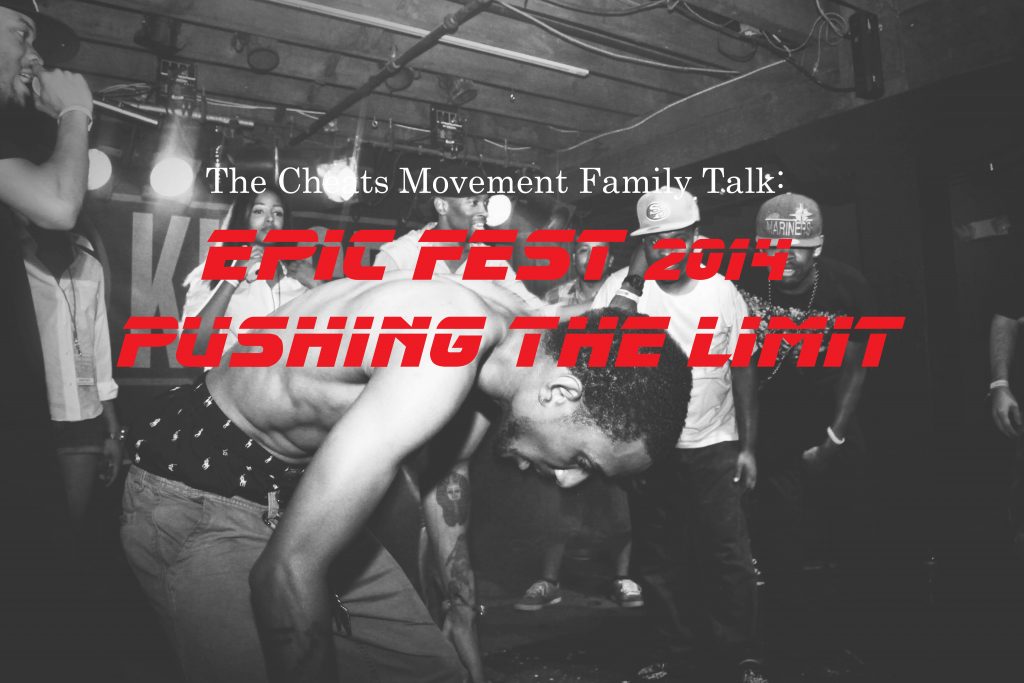 Family, it’s that time of year again – Epic Fest 2014 is upon us. Epic Fest starts tomorrow (6.23) and runs until Saturday (6.28). 6 nights, 10 events, everything hip hop culture for the masses of VA. I’m going to keep this short and sweet and give you my Pre-Epic Fest observations in the classic Cheats Movement points that you’ve come to expect for me.

Bullet Point #1: Slapdash RVA deserve a tremendous amount of credit for what they are doing (and for what they’ve done) with Epic Fest. This is the 4th year of Epic Fest. And Epic Fest is the best (and only) music festival of its kind in Central VA. This festival uplifts the creative culture in VA and grows hip hop culture in the area. Salute their entire team for what they do. I’m very proud of Octavion, Cain, and the entire team. Every year they put their all into the production of Epic Fest and it shows. #Salute 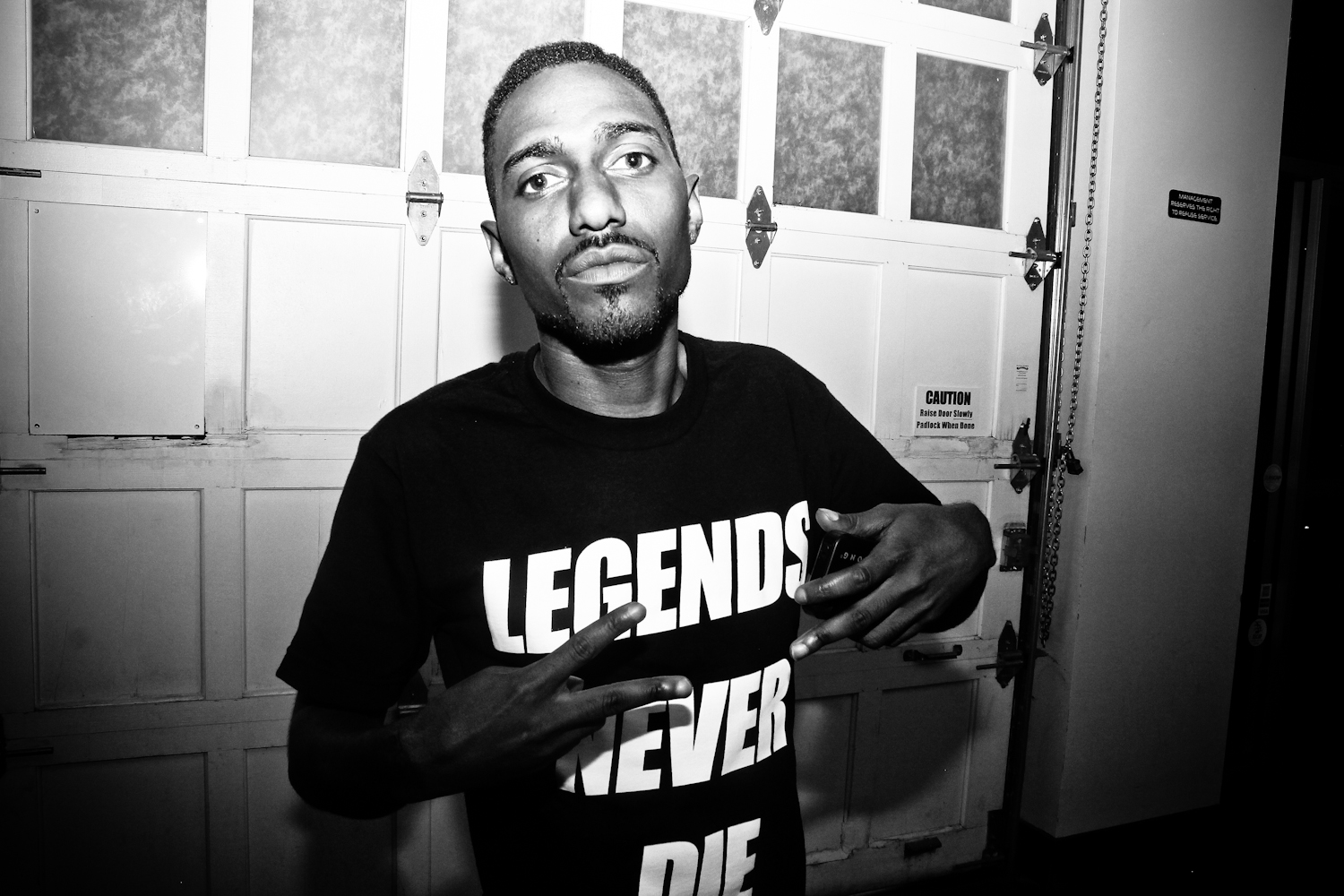 Bullet Point #2: I titled this article “Pushing the Limit” and that’s what this year’s Epic Fest is doing. I have to tell you the ambition of the schedule, is my first concern BUT it’s also the first opportunity Slapdash has to prove me wrong. And I hope they do. I’m rooting for a successful 6 days but I have to wonder is Epic Fest growing too fast? RVA’s hip hop crowds are very specific and targeted. Splitting the crowd over 3 venues on both Wednesday and Thursday is a test – at best. It could lead to several light venues on those days. Can Epic Fest “successfully” sell 3 venues – on the same night – filled with hip hop music fans? I wouldn’t try it…but no guts no glory. Slapdash is shooting for it all with this year’s schedule. Here is the questions – is three light venues better than one full venue? 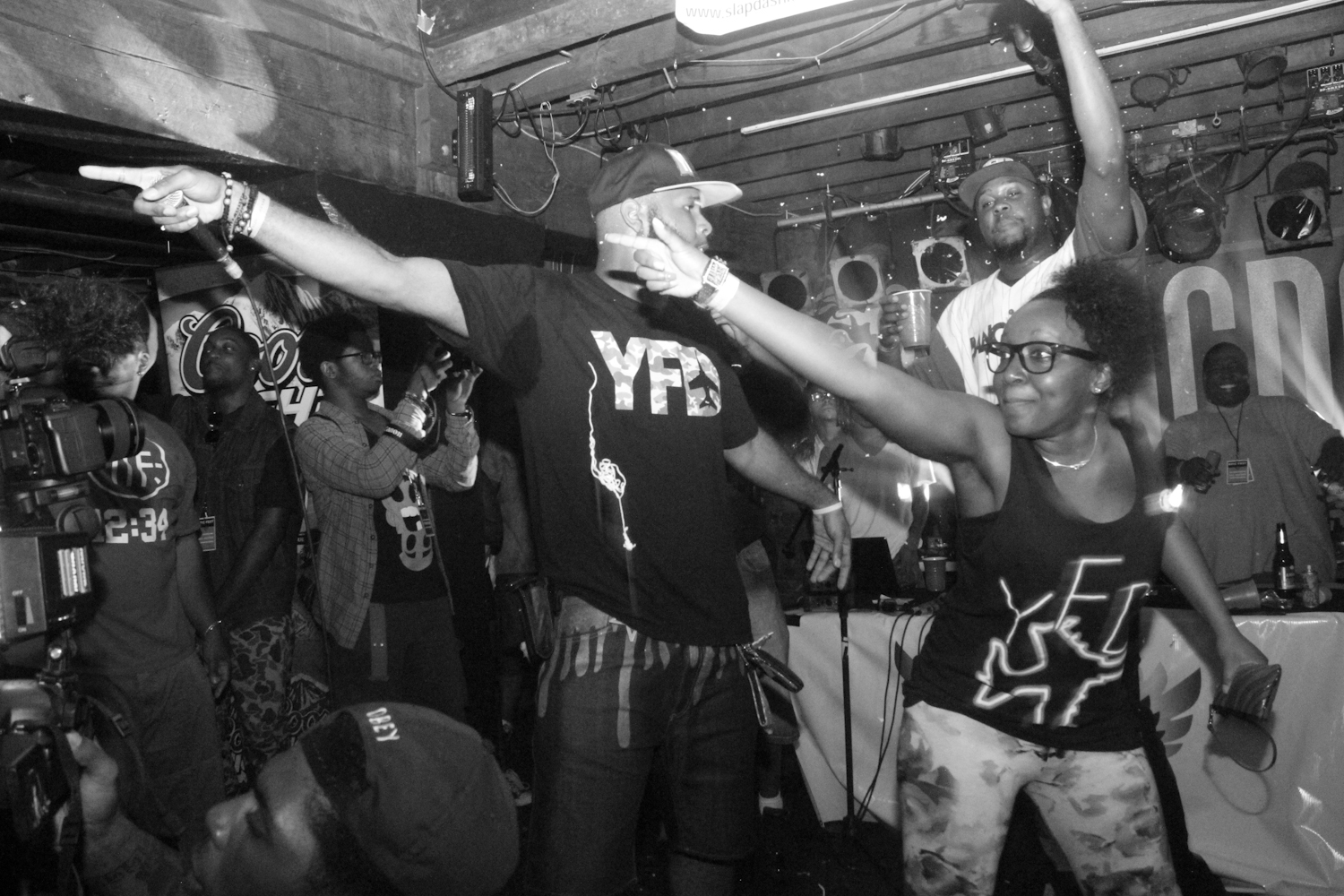 Aritk Phreeze is back this year at Epic Fest 2014

Bullet Point #3: Whenever you compete against yourself it’s a challenge. Kobe is not competing against other players for his legacy, he’s competing against the Kobe of 3 or 4 years ago. And that’s is the challenge for Slapdash. Last year’s Epic Fest line-up was the best its ever been (even without J. Roddy Rod showing up due to unfortunate circumstances). This year’s Epic Fest line-up will be a challenge to live up to 2013. Why do I think that? A lot of the music acts are the same – which are dope: Noah-O, Chance Fishcer, Kevin Sinatra, Nike Nado, Doe The PaperBoy, Conrizzle, Ms. Proper, the list goes on and on – all dope performers. BUT family – they all performed last year so it’s kind of a wash. So then you look at who’s missing from last year’s epic line-up: Nick F, Radio B, Michael Millions – all of AGM are not listed to perform. In my opinion, AGM (along with Noah, Dr. Millionaire, JFK, and Conrizzle) that Sunday afternoon at Aurora gave Epic Fest 2013 their best performances in 2013. It also kicked of a run of major projects for AGM. Anhayla is not listed this year. She performed last year and a very successful R&B stage. Ohbliv is not listed this year. He had the Canal Club shocked last year with his beats. Then on a selfish note – there is no Bravo, JPS, Hot Bars, Gritty City, Young Richmond Outkast on this year’s line-up. Now let’s keep it 100% – Slapdash is not to blame for anyone that didn’t apply to perform – there is a process to get on the stage. But the challenge is when you subtract a number of successful acts without adding an equal amount or more successful acts – can the results be equal or better? 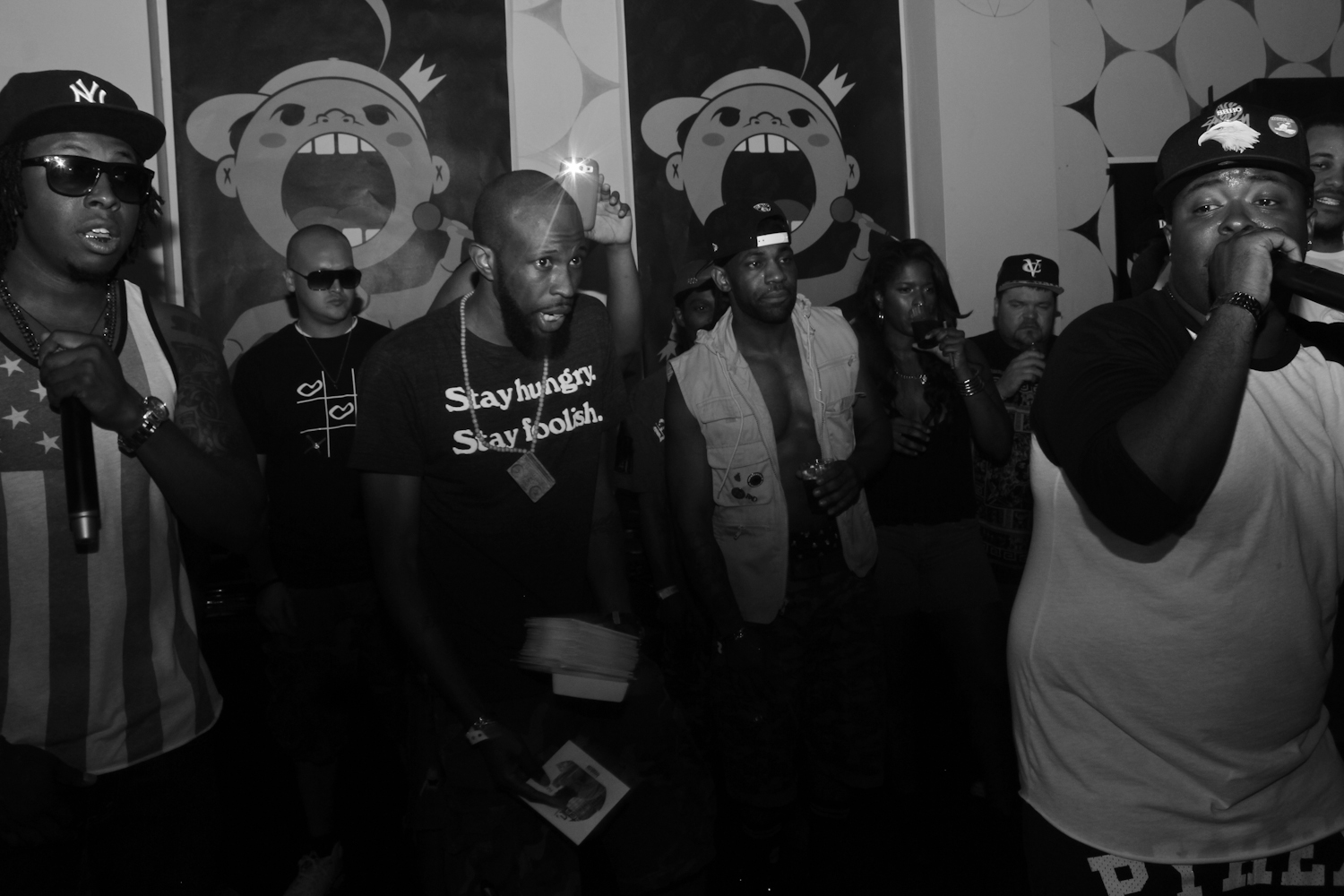 Bullet Point #4: Not only is Epic Fest pushing the limit with expansion, it’s pushing the limit with resources. I know that the Broadberry, Gallery 5, and Addis will be fine venues for live music. They have a proven track record. I have complete confidence in Vanquish – though I have not seen a show there. I’m interested to see if The Lair and Emillo’s will be suitable spots for larger hip hop crowds. I shot Mid-Week Madness at Emillo’s the other week and I have to say– it doesn’t seem ready for the traditional Epic Fest crowd. Now if the crowd is super light — maybe it holds up…but a normal Epic Fest crowd? I have questions. I can’t take another show where they have to hotwire the sound system before every performance. 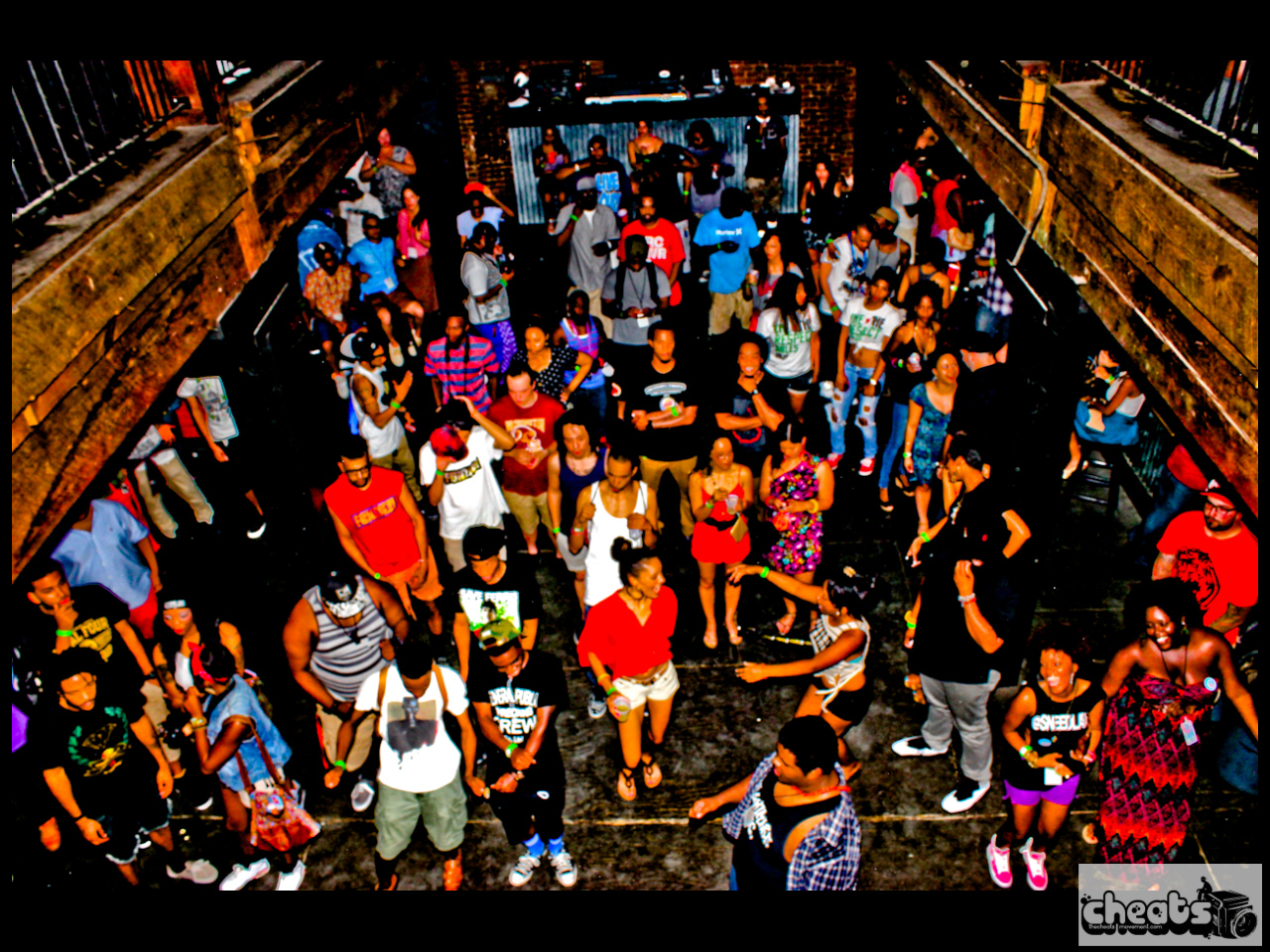 Bullet Point #5: Epic Fest is growing bigger than just a music festival. Two of the most interesting events at Epic Fest 2014 are the Tastemakers Conference on Monday night at the Comfort Inn Midtown and the Art Battle on Tuesday night at Gallery 5. I already told Octavion and Cain that I’m a little biter that The Cheats Movement has not raised to the level to be included as a “Tastemaker” but ya know…I just have more work to do. But – real talk- bringing recognized bloggers to network with artist is a great move. And adding that element of live art with hip hop on Tuesday at Gallery 5 is a win – win. I see the vision and it’s moving in the right direction.

Last word – and prediction for the future: I’m looking forward to this week. The Cheats Movement and Epic Fest have been rocking together since I started the blog and say what you will – the Cheats Movement X Epic Fest photos have been classic. I hope you check out the Slapdash website and visit the events this week. My prediction for the future is Epic Fest 2014 will be a important year to determining if the festival keep growing or take a step back. They’re pushing the limit in every way possible. We’ll just have to see how it all turns out this week. 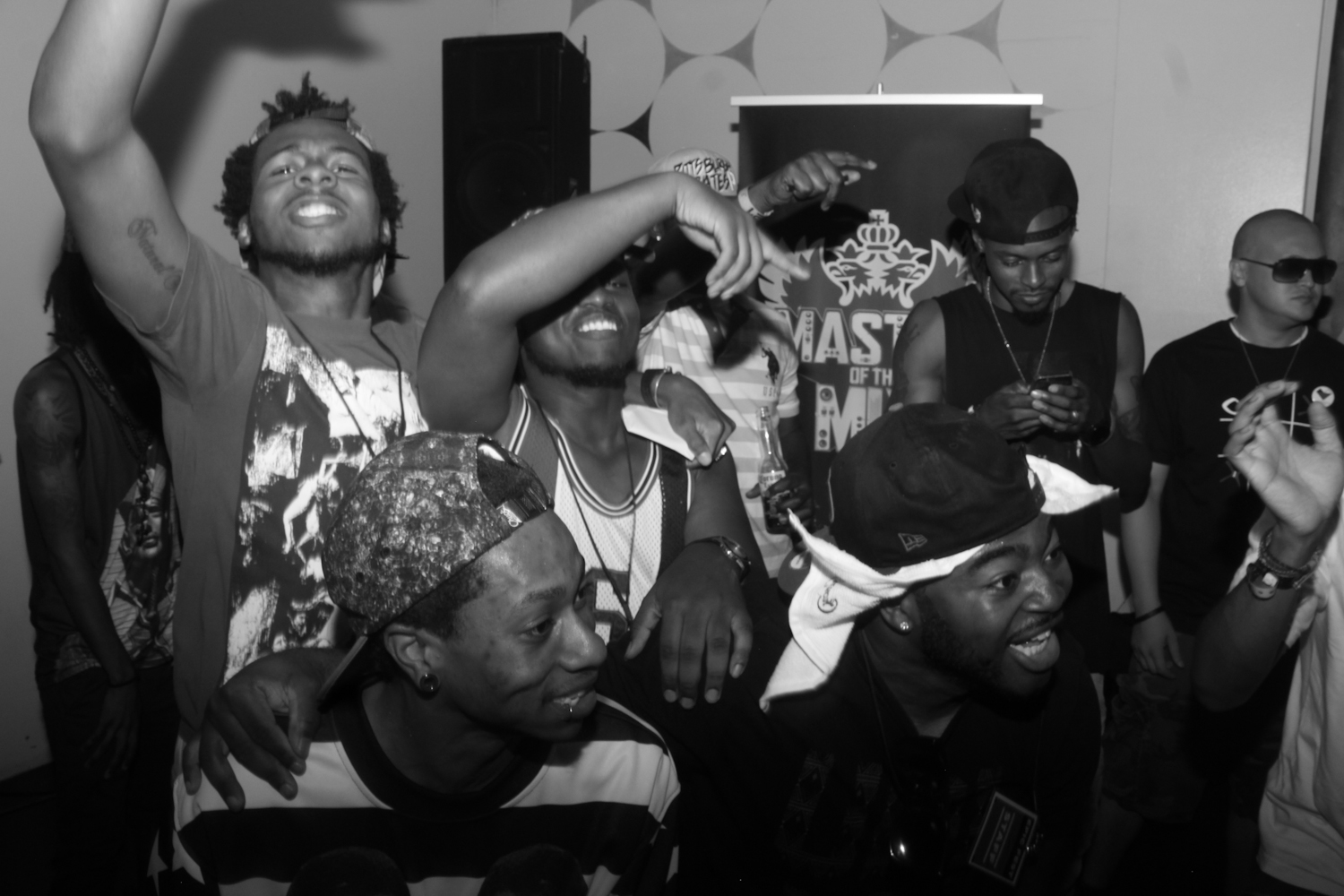