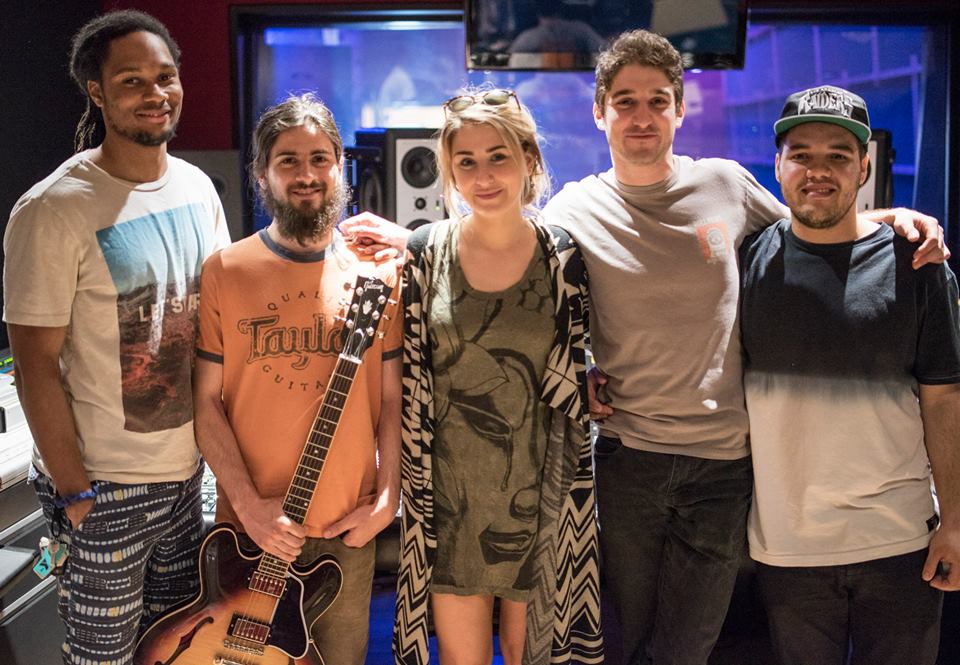 After three years, more than 200 shows around the country, a self-released EP and much local praise among RVA natives, the band has decided to call it quits. But it’s on a good note and the band members are all moving on in their own directions to pursue personal interests according to founding member and guitarist/vocalist Justin Khoury.

“It’s nothing serious I think a band is a really hard thing to keep togther there’s alot of different schedules that everyone has it just became difficult to keep it moving at a pace that i wanted it to be moving at,” he said. “Everyone’s got their own thing that they’re into, everyone can go their own way and I sort of wanted to kind of start over as far as a music career went.”

Khoury said he came to the band recently about parting ways, but everyone is splitting on friendly terms.

“I think everyone is not too sad about it, there’s no bad blood at all,” Khoury said. “These have been my best friends and kind of only friends in Richmond because we’ve always spent so much time together with each other so we all want the best for each person.”

Khoury started the band with his sister Ally in 2012 and the siblings eventually added on drummer Josh McCormick, bassist Justin Esposito and guitarist Taylor Laub with a few drummer switch-ups here and there. He said looking back on the three years, there’s a lot he’s going to miss.

“The energy, and the very special moments on stage playing with a live band, especially The Northerners because they’re really the only band I’ve ever been in,” Khoury said. “The special moments when you look over at one another on stage and like kinda half smile and go, ‘dude, we’re fuckin’ killin’ it right now.’”

“I’s pretty incredible especially moving down to Richmond I didnt know I’d be in a band,” he added.

Khoury moved to Richmond from New Jersey when his sister, Ally’s friend needed a new roommate when she was attending VCU at the time and that’s when his life changed.

“I came down and then started a band with Ally a couple months later and started gigging,” he said. “We never played music before, it was real random.”

Despite starting the band on a mere whim and not knowing anyone, Khoury said they he and his sister had a lot of local support getting started.

“There were a lot of people that reached out to me and to Ally, to all of us as far as helping get a gig, or putting me in contact with other people in the music scene it was unbelievably easy to meet people and for people to reach out,” he said. “In a small town I think everyone is trying to help each other, which is nice.”

He credits Derek Vara and Dan Anderson of Radio Rubber Room for helping them gain traction in the beginning.

The Republic was one of their homes from the start, with Khoury and his sister Ally performing as a sort of “Simon and Garfunkel” duo as Justin describes it.

They were noticed for their folksy bluegrass vibe, but changed their sound up overtime making them the perfect genre-bending band.

“We gradually tailored the band’s sound to Ally’s voice,” he said. “In three years we went from acoustic stuff to writing some things that are a little more rock and roll, which we all like.”

The Northerners released their first DIY EP Virginia in May 2014 which featured their single “You.” They’ve also done a quite a few covers including “Eleanor Ribgy” and an amazing cover of 50’s band The Platters’ “Only You.” Check that out below if you haven’t heard them sing that.

As for the band members next moves, drummer Josh McCormick plays in a number of bands so Khoury said he’s going to continue playing music around town. Bassist Justin Esposito is moving to Los Angeles three days after the show. He works for shoe store Round Two and bringing the business out there and as for Taylor Laub, well, Khoury wasn’t quite sure what the guitarist’s next move would be.

And musically, it won’t be the last you hear from The Northerners, at least from Khoury that is. He’s recently been collaborating with a couple of big name RVA musicians around town on a new project, called Don’t Chase Felix.

“It’s kind of a collective, some songs that I wrote to build a band around those, there’s no genre affiliation or anything it’s just some things that I’ve written that i think would sound cool with certain people singing on them or certain people playing on them in town,” he said.

He couldn’t reveal all of the details, but did let me know that Andrew Trongone of The Trongone Band, Jody Boyd of Red Amp Audio, John Small of the legendary Pat McGee Band, Sam Reed formerly of the Photosynthesizers and Caroline Mauck of Richmond band Colin and Caroline will be part of the project.

The group is going into the studio this Friday to record three tracks and Khoury said he hopes to have the first single released by December.

The farewell show will be a homecoming of sorts for the band as their first gig was at The Camel. Not only that, but Imaginary Sons will open the show, which is the same band that The Northerners opened for at their first gig.

Khoury plans to enjoy the show and doesnt think it will be a bittersweet ending.

“It makes it that much more special it’s our last time playing together, I don’t think it will be bittersweet, i think it will just be sweet!” he said.

He added that he wanted to thank all of the fans and support that they’ve garnered in their time peforming here.

“The very supportive Richmond scene, the people that have literally been at almost at every show since The Republic, but thank you for the support and coming out to the shows all these years and listenng to the music and making us want to continue to make music,” he said.

The Northerners will play their final show at The Camel this Saturday, Sept. 26 with Imaginary Sons. Tickets are $7 and the show starts at 9 pm.