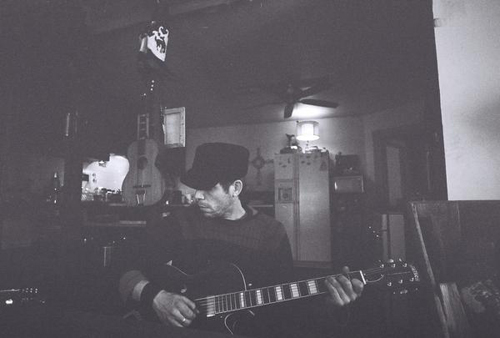 Tom Peloso and The Virginia Sheiks

Tom Peloso has a knack for playing any instrument with strings. This is a good skill to have when you’re traveling strange lands, and happen to be on tour with world-famous Modest Mouse.

Tom Peloso has a knack for playing any instrument with strings. This is a good skill to have when you’re traveling strange lands, and happen to be on tour with world-famous Modest Mouse. He has brought a little piece of himself and Richmond to millions of people, and finally brought his experiences back to his beloved home, ready for “something new”. Austin Fitch is a mutual friend of ours and part of this “something new” called Tom Peloso and The Virginia Sheiks. They are playing Plaza Bowl this Saturday, so I shot them a few questions.

R. Anthony Harris: After touring with Modest Mouse for years, what is the appeal of playing in a new band?

Tom Peloso: Being in Modest Mouse has given me the opportunity to make this happen. The idea to record these songs stems from musical ideas I have been sitting on for about 10 years or so. The process it took to create the songs and then just to get them out finally is appealing and therapeutic to me. Reuniting with players (friends) that I haven’t been able to play with for a while has been great also. The fact that I got to do this in my local area is important, and also part of the appeal. Support your local music scene! 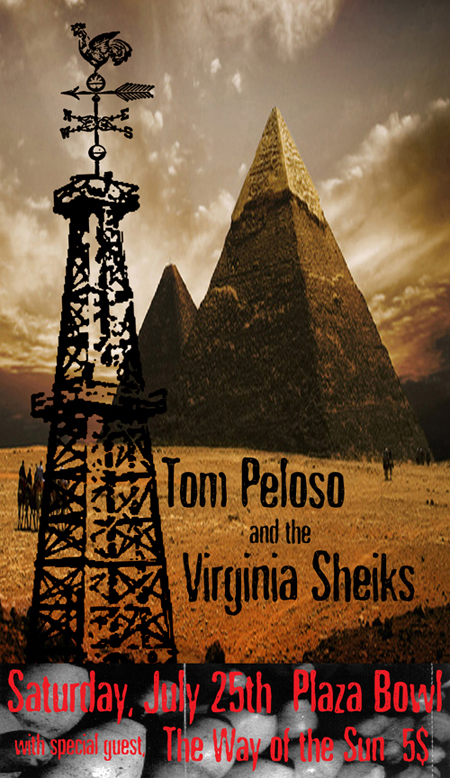 What is influencing the new sound?

Everything I have done in the past. Old sounds create new sounds because of the way a person writing interprets them. That is what I think. If you listen to the Rolling Stones’ “Tattoo You”, (which was my first record of theirs) I didn’t realize it at the time but I was mimicking them at age 14 while they were mimicking their Blues, Rn’B and Soul heroes.

How did you guys meet?

Wow! It was 1987 and Austin came over to my apartment which was above Nicks Produce (awesome place) to do a weed deal. A couple-a weeks later we are making plans to play while he is street skating, (he was pretty good) and I’m awkwardly following him around with my long, partially coming out permed hairdo. I was probably wearing a Zeppelin shirt. I think we were 18 and 19 at the time. Hey, what can I say? It was the 80’s.

What is it like playing together again after so many years?

To me, it’s almost as if there was no time in between, just a long break since the last show or practice. Our level of intake for imbibing has calmed down or stopped all together as well. We might just be a tad bit more weathered, but not bad for 40-something.