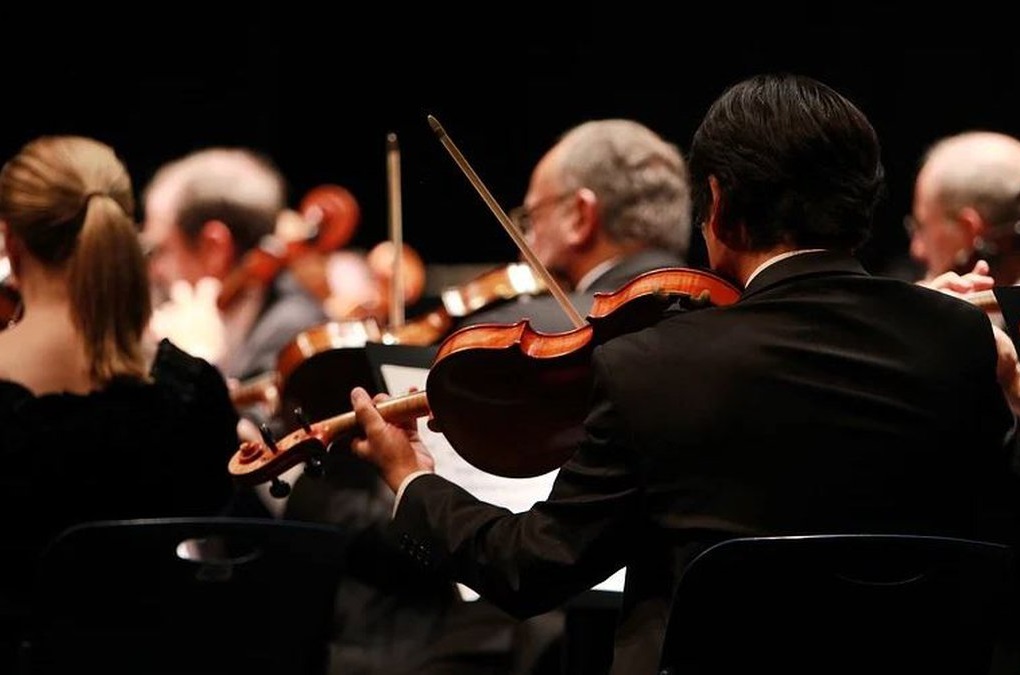 Hello reader! I have a special one this time. In Richmond’s music scene, we have a lot going on and a lot to offer. And we’re also very blessed to have a symphony that has been cooking up a lot of shows lately. Yes. Classical music. I never really looked into it, but happened to come across an ad for a show by The Richmond Symphony in which they’d be playing Danny Elfman’s music for Tim Burton films. I felt compelled to see what else they had on the horizon.

Upon looking at their schedule, I realized that they have a bunch of names that pop out to me, including performances of music by not only Danny Elfman but Radiohead, as well as an appearance by legendary cellist Yo-Yo Ma. As you can see, the orchestra has a lot of plans thanks to their wonderful team, including Music Director Valentina Peleggi. I wanted to hear more about all of it, so I reached out to the Richmond Symphony for an interview on the upcoming fall season of shows, and they put me in contact with the Director of Advancement and Patron Communications for the Symphony, Frances Sterling. She gave me all the details and things we need to know about these upcoming events. Here’s our conversation:

Gabe: Thank you so much for doing this. How you doin’ today?

Frances: Hey! Good. Thank you, and thanks for your interest in it.

Gabe: Of course. I actually I got some tickets, and I was looking over all the different concerts coming out on the website. It looked like some really cool stuff. I wanted to hear some details and how that all came to be. So, this is opening weekend for the fall season?

Frances: Yes, it is.

Gabe: Awesome. What’s kickin’ it off?

Frances: We started a new tradition where we going to open our season with a gala. We have a gala at Main Street Station on Friday night, and then Saturday and Sunday we have two concerts that repeat. So we do Saturday night and a Sunday afternoon. These openers are usually — certainly with last year, and this year as well — where we have the whole orchestra and the chorus, and usually a new piece, or a contemporary piece by Richmond composer. Those are the components. So, you’ve got a big classical piece with the orchestra and the chorus, and a piece that is played by the orchestra that’s written by a local composer in this time. It’s written by a composer called Zachary Wadsworth. He’s from Richmond.

Frances: Yeah, it’s good. I think he’s such a wonderful composer. Zachary’s piece is called “Beyond the Years.”

Gabe: Nice. Local artists are essential to showcase and open the season. And then you got some more concerts — including Danny Elfman’s Tim Burton music at the Altria, which is very exciting.

Gabe: Is it going to have vocals and everything with it?

Frances: It does, but it’s a small choral ensemble. I think that would be the correct way of putting it. But we’ve got some singers and the full orchestra. It’s massive, actually, because of all the percussion. Which is another reason we have to do it at the Altria, not just because of having the screen, but for having a stage that big.

Gabe: That’s right. So, they’re going to be playing the some of the scenes from the movies over the top of the orchestra?

Frances: Correct. They have a screen over the orchestra and play the scenes, and the way they sync it is through everyone wearing an earpiece with a tick in it.

Frances: Yes. And that’s how they all know what beat they’re on, so the conductor just follows the click track and knows when to bring them in and they are all playing the right part that matches the movie scene.

Gabe: Wow! That sounds like so much fun. And then also the orchestra has a Brahms x Radiohead concert coming up as well. What can you tell me about that show?

Frances: Yep, it’s at the Dominion Energy Center [Carpenter Center]. And this is a really interesting show. The guy who wrote it, Steve Hackman, has toured it to a few [cities]. And what they do is, they take [Radiohead’s] OK Computer and they have vocalists as well, and recorded music and orchestra. And they kind of play… a mash-up is not the right word, but they sort of infused OK Computer and Brahms’ First Symphony together, with a light show. See, sometimes you get one team, sometimes you get the other, and sometimes they overlay it on top of each other, and it sounds really cool. You hear the tunes in different ways. For me, anyway, it was like a sound immersion.

Gabe: So is there a pre-recorded track? Or is the orchestra playing the OK Computer parts and then adding some other stuff over top of it?

Frances: They’re playing most of it, but there is some prerecorded stuff too.

Frances: Like he just lives one long permanent tour. We were just very lucky, with our relationship here, with his management and the orchestra, being as a great quality. We put a request in to see if he would come and do a concert for/with us. Normally, you have to book him about… you know, if you pass the muster, skill-wise, it’s about a five-year waiting list.

Frances: Yep. Anyway, they just had this one day open up, so we’re like, “we’ll take it.” I think we found out, like, three months ago or something.