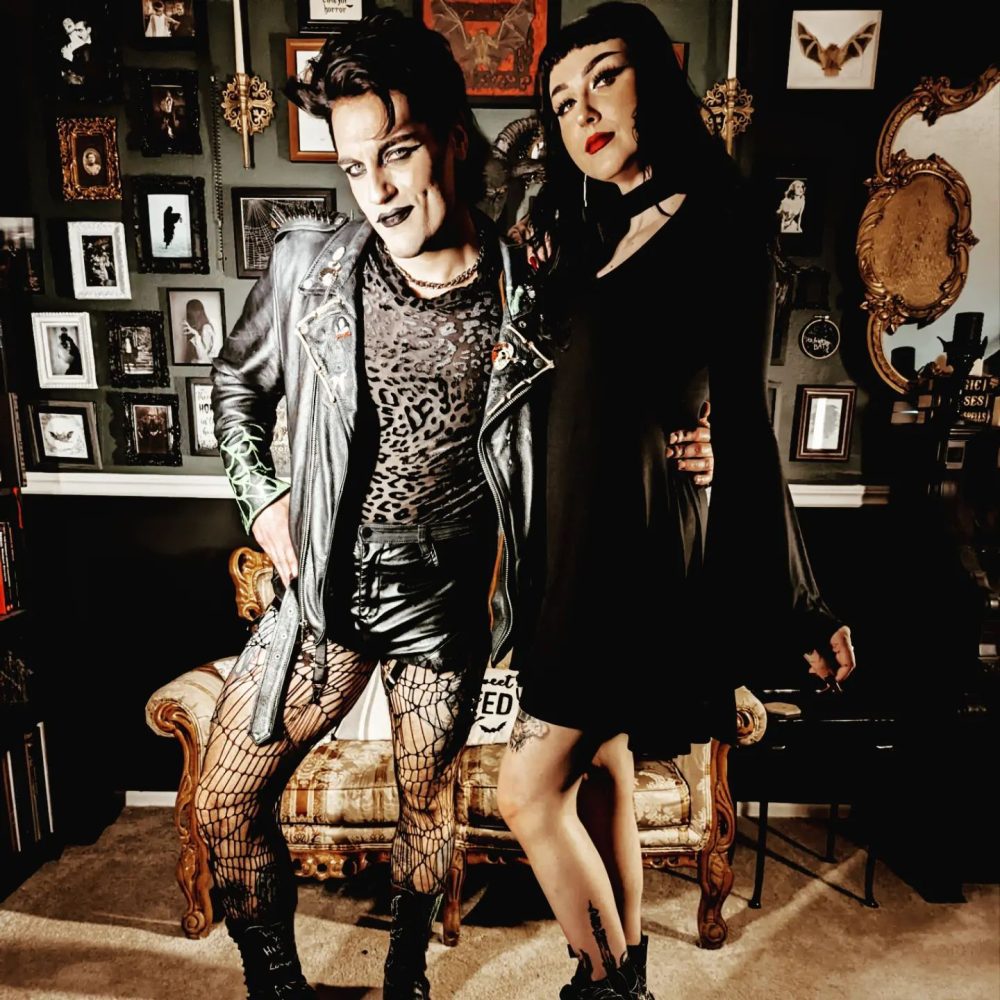 Hearing Vision Video for the first time is that same feeling. Formed originally in 2018, their modern sound plays an original take on postpunk while still playing an homage to their predecessors.

With Dusty Gannon on lead vocals and guitar, Dan Geller on bass, Jason Fusco on drums, and Emily Fredock (who is a classically trained pianist) on keyboard, Vision Video brings different musical styles together to create their unique sound. Fredock’s love of early 2000s emo and Fusco’s experience in a 70s influenced band (Shehehe, to be specific) help add some of what is in the mixing bowl of their sound. The band as a whole pulls influences from 70s and 80s music, and specifically the guitar-driven UK postpunk band The Chameleons, but it was very important to them to intentionally avoid pigeonholing themselves into just one sound.

“There’s a lot of influence into what we do because of [me and] the other members of the band,” said Gannon. “I’ve never understood being part of any music subculture, whether it’s goth or punk or whatever, and being like ‘I’m only going to listen to this.’ I love so many things — like Motown and old jazz and electronic music, so many things. I try to bring that in under my guise, and then the other members bring in what they love.”

In 2018, Gannon returned from deployment in Afghanistan. While waiting on a grad school application, he was also working at a venue in Athens, GA — which, it turns out, isn’t exactly the worst place to start a career in music.

The band’s official tagline on their website and social media calls them “Dance Music for the End Times,” and honestly if that isn’t enough to get you at least interested, I don’t know what else to do for you. As cheeky as the tagline is on the surface, it has a more serious meaning as well. Much of last year’s debut record, Inked in Red, was pulled from Gannon’s experience in Afghanistan, and just how apocalyptic it all felt, as well as his views on war and the human condition. This time around, their just-released new album, Haunted Hours, takes a more deliberate approach. It’s a more refined album through which Gannon delves into his experiences over the last few years. In addition to his time in the military, Gannon has also been an EMT and firefighter, which put him in place to see a lot more of the end of life experience, and how families process it.

“Haunted Hours is a record that is a lot of my mental processing of the past few years in particular,” said Gannon. “In an overarching sense, it’s an exploration of the human condition, in so far as our mortality and the finite nature of our experience. I spent the past five years working for a Metro Atlanta area fire department as a paramedic and firefighter. Between the pandemic and normal things that unfortunately happened, I experienced a lot of end of life and mortality situations. Some of it is my thinking about those families, and some of it is my processing my own mental health because of those experiences.”

By the way, if you’re trying to pinpoint where you’ve seen Gannon before, but just can’t quite put it together, this probably means you’re at least in recovery for your TikTok addiction. Gannon can also be seen on the ol’ clock app, making videos for his 40k+ followers as his alter ego, Goth Dad. Take a little Mr Rogers and a dash of Gomez Addams, then add a pinch of that genuinely nice neighbor your parents had in the 90s, and you have Goth Dad. Affectionately referring to his followers as his “baby bats,” Goth Dad is a comforting character that Gannon came up with as a combination of his own New England-born Dad, Vision Video bassist Dan Gellar’s father, and a lot of midwest accent. Obviously, the character has been an immediate hit.

“I was basically like, ‘Wouldn’t it be funny if there was this funny, stereotypical dad, but goth?’” said Gannon. “I basically posted [Goth Dad’s] theme song and it was a hit. People were like ‘What is this?’ I have a background in theater so that’s where that came from, too. And I came to realize over time that not a lot of people have a dad or a father figure. Not that this takes the place of that, but he’s this mildly comforting [figure] that provides some level of entertainment, yeah, but also educates people on goth subculture and things I enjoy [and] provides positive masculinity, which I think is very lacking in today’s society.” 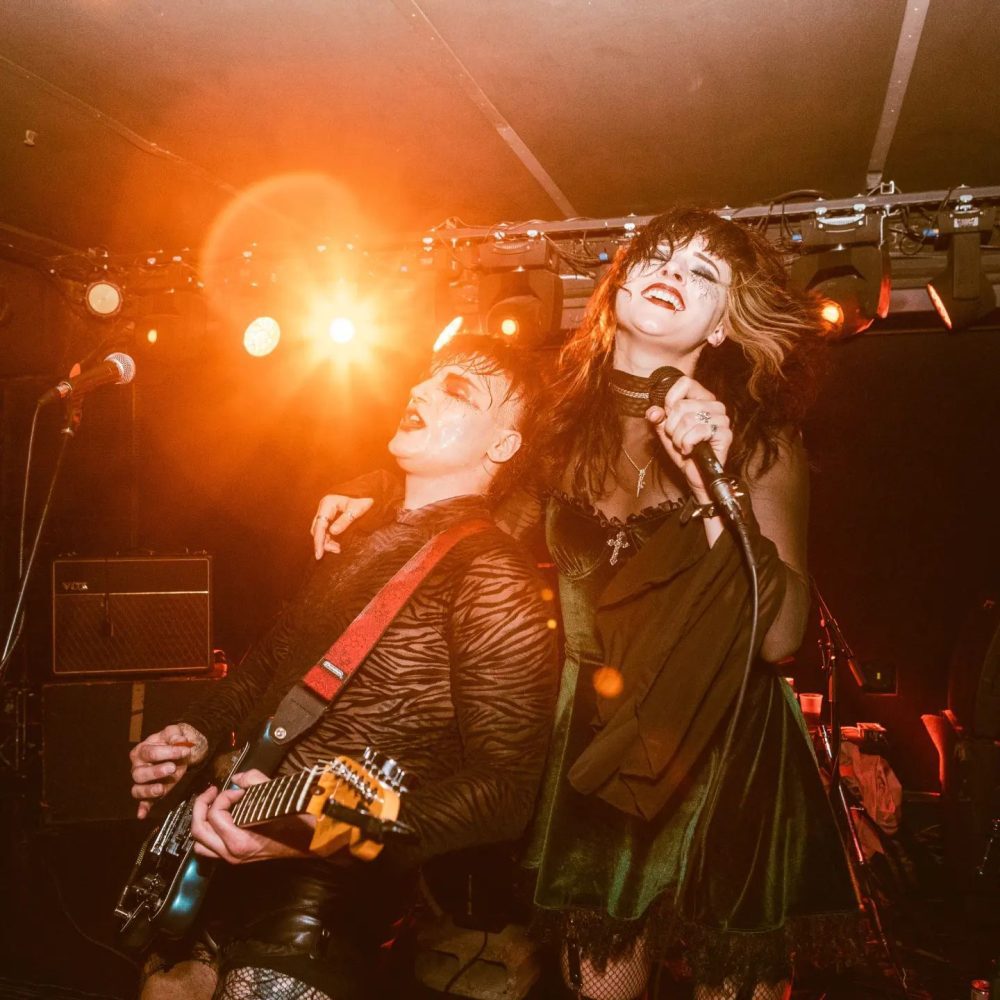 Vision Video intentionally made a point to hit smaller cities on this tour. For them it isn’t about the size of the audience; they just genuinely want to play to folks who will enjoy their music. Gannon assures me that, no matter how small the crowd, anyone who comes to see Vision Video is still going to get a damn good show.

“Some of our best shows, in terms of people’s response and their engagement with what we do, has been in smaller cities,” he said. “At the end of the day I want to play in front of audiences that value what we’re doing. One thing I always tell people on social media is that Vision Video will give the same show for three people or 30,000 people. I will never let a bad show manifest.”