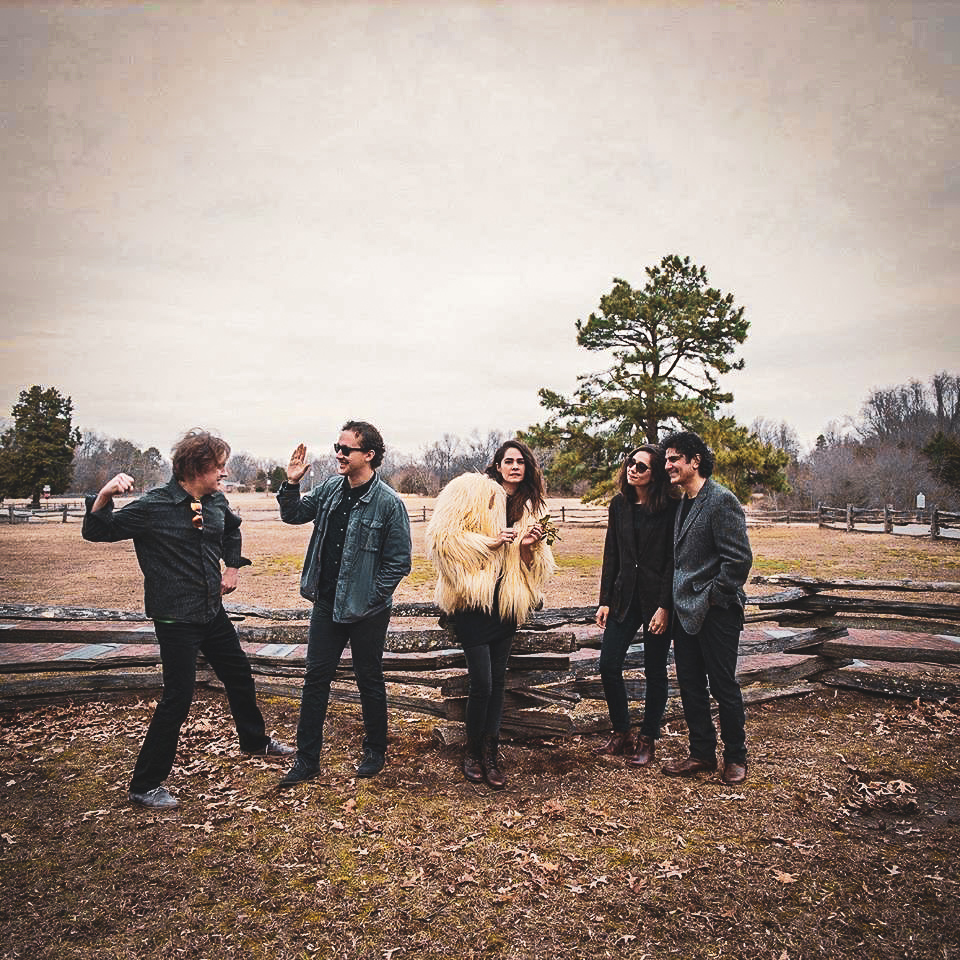 Yeni Nostalji is a pop band made up of local Turkish and American musicians whose unique pop sound has been entertaining all of us for quite some time. They’ve collaborated with big staples like the Richmond Symphony, Richmond brass sensations NO BS! Brass Band, and even local salsa band, Bio Ritmo. And now the five-piece, which is fronted by Christina Marie Gleixner who sings all of their songs in Turkish, will release their self-titled debut album at Gallery5 tonight.

Taking inspiration from European and Turkish pop and modern indie pop ballads, the band has crafted a symphonic experience and the songs feel as if you’re being taken through the soundtrack of a love story. Yeni Nostalji officially released the album May 4 via Ropeadope Records after recording it with Lance Koehler of Minimum Wage Recording, and the album is a splendid collaboration between the band, 15 different artists including Reggie Chapman (No BS! Brass Band,) and Andrew Randazzo (Butcher Brown) incorporating 20 instruments throughout.

Rounding out Yeni Nostalji is Turkish drummer Emre Kartari, along with his wife Ayça Kartari on bass, guitarist and arranger Gary Kalar, and Moldovan-born Vlad Cuiujuclu, fellow guitarist, and composer. Kalar is responsible for many of the string and horn arrangements on the album.

Emre and his wife were not on the album, but joined shortly after. “She’s a classical musician by nature, so we would rarely play together before then,” said Kartari. “It is actually nice having a separate job that we can both work together at. It is not really even considered work for us, we just play for fun, there is no stress,” Emre added.

Gleixner isn’t actually Turkish and is in fact from Roanoke, but her love for the music and her story of how she became initially introduced to the culture is one of a kind and has transcended to her own unique interpretation of what the language and music.

“Well, it’s kind of a strange story,” she said, laughing. “I heard the song “Öyle Sarhoş Olsam Ki” by Tanju Okan, and was very taken by it. I instantly wanted to learn how to sing it in Turkish. At the time I didn’t know what the lyrics were saying so I learned phonetically by stopping and starting it over and over again.”

She then decided to bring her vision to the only Turkish Richmonders she knew, Evrim Doğu, who owns Church Hill’s Sub Rosa Bakery. “I knew he would be interested in joining forces, at least for a moment in time, so we decided to collaborate. He played on a few songs in the album, two of which he wrote,” she said.

I thought it may be a little tough gauging interest for a band that is slightly out of the ordinary given its roots. Not being able to understand lyrics are often a deterrent for some listeners, but a means of personal interpretation for others.

“If they don’t understand the lyrics, I am hoping new listeners appreciate this kind of music like I originally did, like an abstract painting,” Gleixner said of her music. “That is definitely what sparked my interest to learn the language, and I am now writing my own songs in Turkish which I am very proud of.”

While the music and genre may have been inspired by 60s and 70s Turkish and European pop radio, the singer credits her songwriting influences to Leonard Cohen, Morrissey, and Dolly Parton, making for a genre-breaking album breaking all boundaries and rules when it comes to sound.

That’s exactly what I like about it, I listened to the entire debut album that she gave me at our interview from start to finish without knowing what the names of the songs were or any of the lyrics at that. I liked the fact the listening experience has the potential to be different for everyone depending on how you interpret it for yourself given the melody and feeling that the music evokes for you specifically.

Yeni Nostalji’s debut song on the 10-track album, “Ölümsüz,” is a hauntingly beautiful ballad, which according to Gleixner, is about wanting to cheat death so you can be in love forever.

As for their album release show at Gallery5, expect fellow performances by local songwriter Keilan Creech will be opening the show and DJ OlNuBi, or Armando Muñoz, best known from his involvement with KINGS and The Flavor Project, will be running the DJ table all night.