Bring Back Apu: An Interview With Akaash Singh - RVA Mag 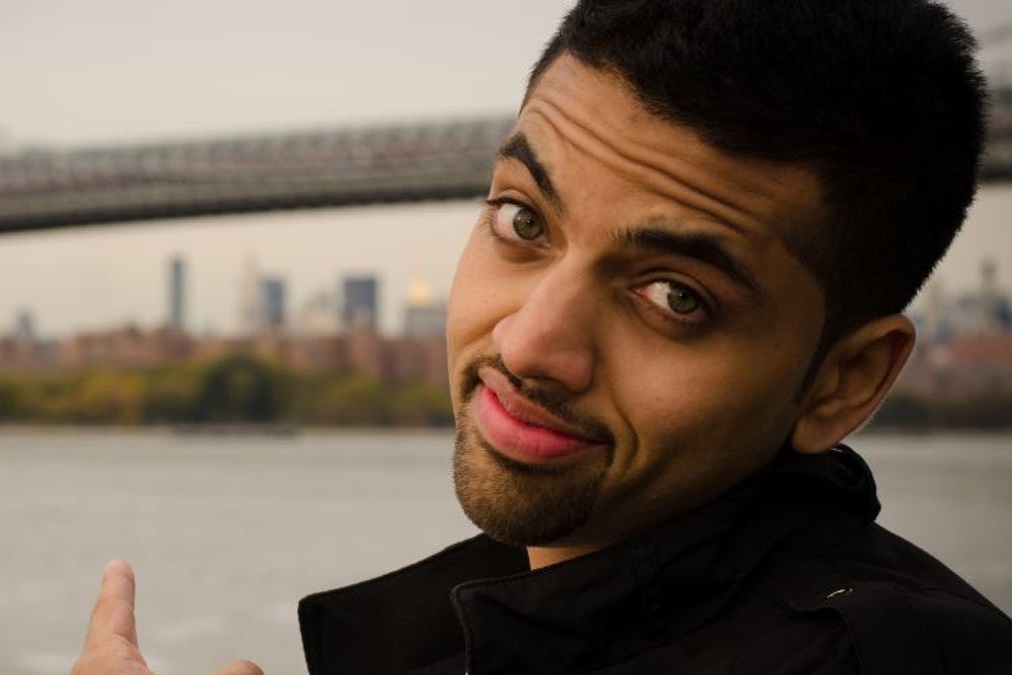 This week I got talk with the undeniably flagrant Akaash Singh. The outspoken comedian has been lighting up the stage and the podcast world with his hot takes, outsider perspective, and crowd work for a while now. The buzz has now officially climaxed into his new special, Bring Back Apu, which will be available on YouTube on February 2 — the same weekend you can catch him performing at Richmond’s own Sandman Comedy Club.

We talked about his new standup special, the importance of his culture as a second-generation Indian, and navigating the Flagrant 2 podcast through a pandemic. Here’s our converstion:

Gabe: First thing’s first. You have a new special, Bring Back Apu, coming out February 2nd. Is this the first one?

Akaash: Yeah. This is the first one I put out. It’s very close to my heart.

Gabe: Awesome. Start from the beginning. How’d you put it together? How far back does the material go?

Akaash: The material goes a few years back. I’m not exactly sure, but these are thoughts I’ve had for years. And then it takes a while to come up with the idea of a special and what you want a special to be themed around. Before COVID, I had this idea. I knew I wanted these jokes to be in there, but I thought ‘I want to make a special themed specifically around this idea of what privilege is and what’s real privilege, what’s not privilege, etc.’ Obviously I didn’t get to do any comedy for about a year because of COVID. So, once comedy opened back up, I got my legs back underneath me. As I was working through it, I was like “These are the jokes and this is what it needs to be.” I had not lost the passion for this idea.

Gabe: On the podcast, you mention that this special is for “you, for your fans, but most of all for your people.” Can you tell me about that?

Akaash: I think in general I always was cognizant that you never saw anybody that looked like me on TV. That’s something I always wish I saw, and then once I started seeing it, or once I started thinking that maybe I could be that, I was very confident in the fact that whether you like it or not, people are going to be looking at you as some kind of role model. I’m not saying I’m anybody that anybody needs to follow but I want to try to conduct myself as somebody who at least is conscious of the fact that people will do it. Does that make sense?

Akaash: I’m not saying anybody needs to be like me, but I understand there are some people who are foolish enough to think I’m worth following. I want to live a certain way that I can walk away from being like, “Okay, I tried to leave a light that I can be proud of,” and hopefully that left some kind of example for anybody who might want to take it. So, when I say “my people,” I am speaking to the Indian kids growing up who are looking at TV. Even though there’s more of us on TV, there’s still not that many. It’s still not that many who represented and are proud to be that — or their idea of pride to me is warped. Their idea [of] the pride seems to be, “I’m fully assimilated,” to the point that maybe I’ve even lost a lot of my own identity, and that seems like a win. I don’t necessarily feel that way. I think it’s great and you should assimilate, but also understand who you are and where you’re from.

Gabe: I want to talk to you about your Flagrant 2 podcast, which has been very successful. When did you and Andrew Schulz get that started?

Akaash: We started late 2017. Around September-ish. Because it was football season.

Gabe: That’s right. Initially it had a lot of sports, right?

Akaash: Yeah. I still love football and I enjoy playoff basketball in particular. I’m a big Cowboy fan. Mavericks fan, obviously. I was born and raised in Dallas, Texas. Sports is big. Andrew wasn’t as big into sports. Really big basketball fan, but that’s kind of it. But we both talked about how sports is a good thing because people don’t get super-political over sports typically. Colin Kaepernick divided a lot of people, but normally, [for] most of us, I think sports is a place to leave all that shit behind. It has some place, but I’m not going to not be friends with somebody because they’re a Bears fan or a Niners fan. So, it’s a place where we can all come, even if we’re different, and just talk around this thing. And there’s not a lot of sensitivity, typically around sports fans. It was a way we knew we could still do our non-sports stuff that’s comedy and flagrant and funny, and have a through-line.

Gabe: I got into Flagrant 2 at the beginning of COVID. It seemed like you guys doubled down when all that hit, because everybody was home and nobody had shit to do.

Akaash: At the very beginning of the whole COVID madness, I was in Montreal doing a show. Andrew and I called each other. He called me? I called him? I don’t know. But he was like, “What do you want to do?” And we were scanning this thing. I know I said it, and I know he said it. We both kind of had the same idea, which was, “There is an opportunity here.” Because everybody else is going to be doing Zoom podcasts, which are going to be boring as fuck to look at. So, if we’re willing to be safe everywhere else, and then come to this podcast together in person, we could really grow. And I think our numbers tripled throughout the first year of COVID-19. I’m sure a lot of people’s went up, but I think part of the reason ours tripled is just, early on when everybody else was still scared, we said, “let’s be cautious everywhere else and let’s take this thing and see what’s going to happen.” And I did end up giving everyone COVID right before the Netflix special came, but we had grown a lot by then. So, you know, it’s worked out pretty well.

Be sure to peep Akaash’s new special, Bring Back Apu, available on YouTube February 2nd. And don’t sleep on his Flagrant 2 podcast, giving hot takes on sports, current events, and culture, available wherever you listen/watch podcasts. If you want more Flagrancy, subscribe to their Patreon. And you can catch Akaash Singh this weekend performing five shows at Sandman Comedy Club. These are going to be some hot nights filled with howling laughs. Get there an hour before showtime to enjoy food and beverages. Tickets are available at Sandman Comedy Club.

Someone Else Can Write About Smoking Weed: A Conversation...

Comedy has been alive and thriving over the past year, with more open mics, more showcases, and more people trying to be involved than... READ MORE

Someone Else Can Write About Smoking Weed: A Conversation...

Comedy has been alive and thriving over the past year, with more open mics, more showcases, and more people trying to be involved than... READ MORE