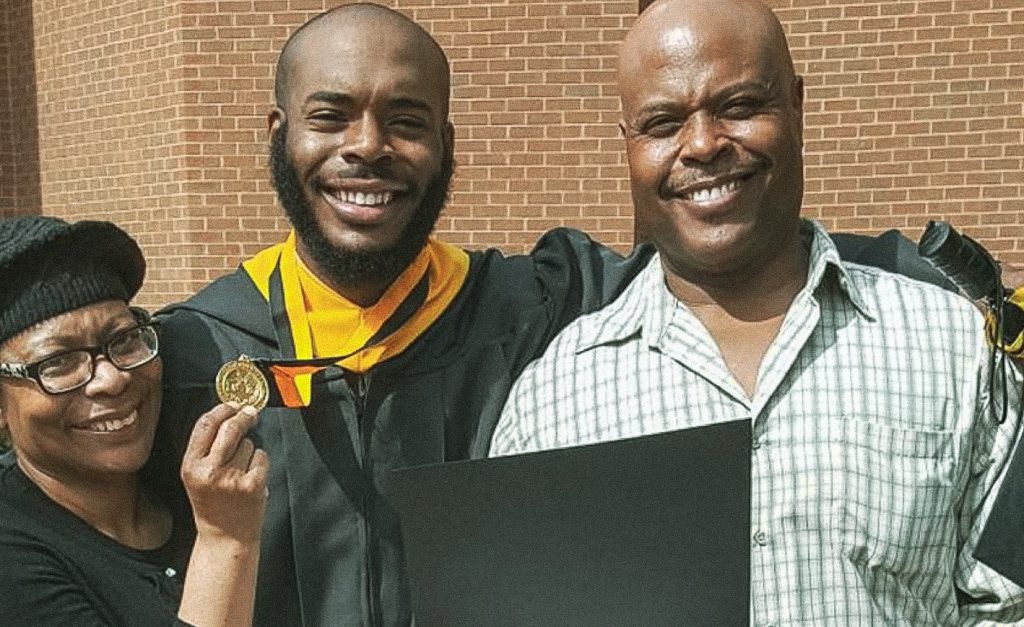 Earlier this week, Peters was shot and killed by a Richmond police officer after crashing his car off Interstate 95/64.

According to The Root, Peters, who was naked at the time, was dancing and rolling around on the interstate. He then charged the officer, who deployed his taser to disable Peters. When the taser did not work, the officer pulled his gun and shot Peters in the abdomen. Peters, who died hours later, was unarmed at the time of the incident.

Police have yet to say whether drugs, alcohol or any sort of mental disorder played a part in the incident.

“It’s always tragic when we lose a life in the city,” Mayor Levar Stoney said in an exclusive statement to RVA Magazine. “I expect the Richmond Police Department to conduct a thorough and transparent investigation and to share its findings with the public. In the meantime, our thoughts and prayers are with the family and friends of Mr. Peters.”

So far in 2018, 21 percent of the shooting victims were black men and at least 15 of them had a mental illness. Daryl Fraser, a licensed social worker, and professor at VCU School of Social Work believes that some sort of mental disorder or episode could have played a role in this situation.

“Marcus Peters was a man,” he said. “I would hate for people to walk away from this situation just remembering him as a victim of police violence. I don’t want him to just be recognized as a naked man on the highway. I want people to know that mental illness can impact anybody regardless of whether you have a college degree or not. It affects you whether you are a black man or not.”

For Fraser, Peters’ story is personal.

Frasier said these situations happen so much that there’s a vicarious trauma that comes along with it for him as a black man, it is hard to look at those things because he knows it’ll impact him later.

He also stressed it’s important for people to learn from Peters’ story, though, especially in regards to mental health. He said education on mental health is important because certain behaviors can be misinterpreted as aggressive or violent or bizarre.

“With Marcus Peters, the misinterpretation of those behaviors can lead to someone being killed that didn’t need to be killed,” Fraser said. “Someone that might need help can end up a victim, they can be arrested, they can be physically hurt.”

Fraser said it’s particularly important for police officers to be able to recognize these behaviors.

“I do understand they have a duty to protect and serve, but if you have an interpretation of what a behavior is, you can have more empathy as opposed to feeling like you have to hurt or punish someone,” he said.

He said the community and the police need to reflect on the situation we’re now in and figure out how to work so what happened to Peters doesn’t have to happen to someone else’s son or daughter.

“I don’t want to just make it us versus them and us versus the police,” Fraser said. “There are ways that we can actually deal with and address this so somebody doesn’t have to lose their life. You have to have the right professionals to be able to handle that. People will quickly say a police officer has to be safe, and I get that, but this man was naked. There are ways to de-escalate a person where you don’t have to take their life.”

The Richmond Police Department has been investigated for using excessive force two times within the last two weeks. In both incidents, the victim was an unarmed black male.

On May 6, McKhyl Dickerson was admitted to the hospital with contusions, abrasions, and other injuries that put him on crutches after an officer “slammed him against the wall and on to the ground,” according to his grandmother.

He is a 14-year-old student diagnosed with autism and an auditory processing disorder – a condition that affects listening and comprehension – who was just trying to run home to his grandmother’s house like he was always taught to do.

Richmond activist and clinician Chelsea Higgs Wise has more than 10 years of experience as a mental health program provider.

She said it doesn’t appear like RPD is taking the steps to train everyone in the Crisis Intervention Training that is supposed to be taking place in police departments and that’s important to look at. She said there’s other factors, too, though.

“I’m a big believer that police brutality is rooted deeper than just the police system, it goes back to Jim Crow and the way that we look at black people and have been policed forever,” Wise said. “As far as Richmond, we’re the former capital of the Confederacy and so that is still very true in our own city.”

She said mental health is also a factor and it’s important to know police interact with black people with mental health illnesses all of the time, especially in Richmond with such a high rate of mental illness in the local black community.

African Americans are 20 percent more likely to experience serious mental health problems than the general population, according to the Health and Human Services Office of Minority Health.

“The whole idea of somebody being naked and being a threat speaks volumes to what Black Lives Matters means,” Wise said. “His black body was the biggest threat to him when he wasn’t armed with anything else. Just his black body.”

Atari Maddox and Taneasha White began the Black Minds Matter Project while they were students at VCU in 2016. The project does work online and in the community to focus on education about mental health in the black community and empowerment to exist freely within the society during the era of the Black Lives Matter Movement. They also have a radio show on WRIR.

Maddox and White agree that education on mental health is an important part of combating police brutality. When it comes to mental health and stigma, Maddox added people of color are already at a disadvantage.

“Black people are already seen as one, criminals, and two, always being hyper-aggressive whether they are in a mode to be like combative,” she said. “Then, when you add having a mental disorder that’s like a triple negative. That in itself is very loaded. Mental health disorders are very common so there has to be a conversation about victimhood and mental disorder.”

White said people need to be more aware of their inherent biases and fix those.

Peters’ death has been ruled a homicide by the Medical Examiner’s Office and the internal investigation is still ongoing. According to a press release from the Richmond Police Department, the officer involved in the shooting was Michael Nyantakyi, a black male who is a 10-year veteran of the force. He is currently on administrative leave.