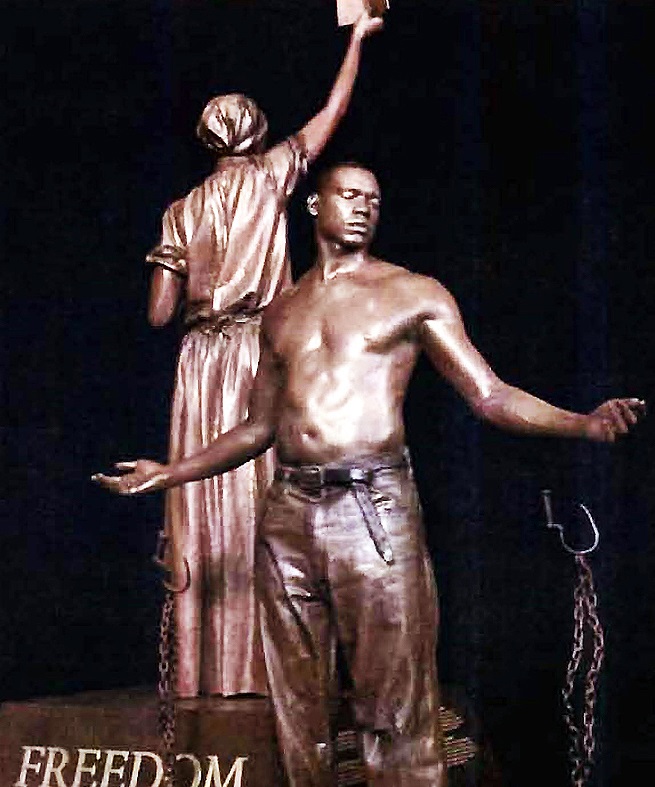 While discussions about Confederate statues grumble on, a new monument memorializing a different perspective, one that celebrates African American history and the battle for freedom, is slated to go up on Brown’s Island by 2019.

While other publications have labeled this statue an “anti-slavery monument,” the people who have spent years planning and discussing it consider the monument much more than that.

“I didn’t understand why it was being characterized as such; it is the freedom and emancipation monument,” historical anthropologist Dr. Autumn Barrett, who was a part of the task force that helped create the monument, said. “Part of a key message that came out of the work we did around the state in the Remembering Project was that these ways of bounding the history of African-descended people in the United States and Virginia, around the institution of slavery, were desired to be broken out.” The Remembering Slavery, Resistance and Freedom Project was an interview project analyzing what forms of commemoration African American Virginians find most meaningful. This project was a significant source of inspiration for the Emancipation Proclamation and Freedom monument’s task force.

The monument will be a reflection of African American History, and a recognition of the battle of freedom that continued long after slavery ended.  “This is a monument to celebrate the joy of the moment of freedom, and acknowledge the work of those who fought for that,” said Sen. Jennifer McClellan (D- VA). “I think it’s very important to commemorate significant events in African American history, because that is American history, and there aren’t a lot of monuments in Virginia that tell that story.”

McClellan is the chairwoman of the Martin Luther King Jr. Memorial Commission, which has been working on the monument since 2011. The commission’s goal was to create a monument that celebrated African American history, and told the story of African Americans in Virginia before and after the Civil War.

The monument, designed by Thomas Jay Warren of Oregon, will be a 12-foot bronze statue of a newly-freed slave family. The man with be standing with cuffs falling from his arms, and the woman will be standing with a baby in her arm, holding up the Emancipation Proclamation.

“The idea of the three figures — the young man, the young woman, and the baby — is to recognize the collective resistance that was going on in that day,” Dr. Barrett said.

To choose these 10 names, the MLK Jr. Memorial Commission created the work group Virginians on the Monument. The work group, made up of historians, commission members, community leaders, and representatives from the Department of Education, opened up the discussion to Virginia. The group wanted to ensure that the monument reflected who the people of Virginia considered important, so they created a public nomination system and held five public hearings in localities across the state.

“It’s a human right to know one’s ancestral history and heritage, and to have that recognized as part of the national narrative and the mark in the memorial landscape,” Dr. Barrett said.

When the public nominations closed this past March, the work group was confronted with a list of approximately 100 African American Virginians, and the challenge to narrow that list down to ten. The group narrowed the list down to 30 and again, asked for opinions of the people of Virginia. Five more public discussions were held, and last month the work group voted, and the list of ten people was approved by the MLK Jr. Memorial Commission.

“Choosing the final ten was very hard, and I wish we could have fit more, but I think it’s a very good representation of people who dedicated their lives to emancipation and freedom,” Sen. McClellan said.

When the ten people were announced, one name sparked great debate. Nat Turner, an enslaved African American who led a rebellion of slaves and free Blacks in Southampton County, Virginia in 1831, will be honored on the monument. Many in the community felt a man responsible for murdering women and children should not be memorialized.

“I  think Turner presents some complicated moral issues about using violence and murder to a political end. I can see where people say that he murdered innocence,” said Historian Dr. John Kneebone, Chair of VCU’s Department of History. 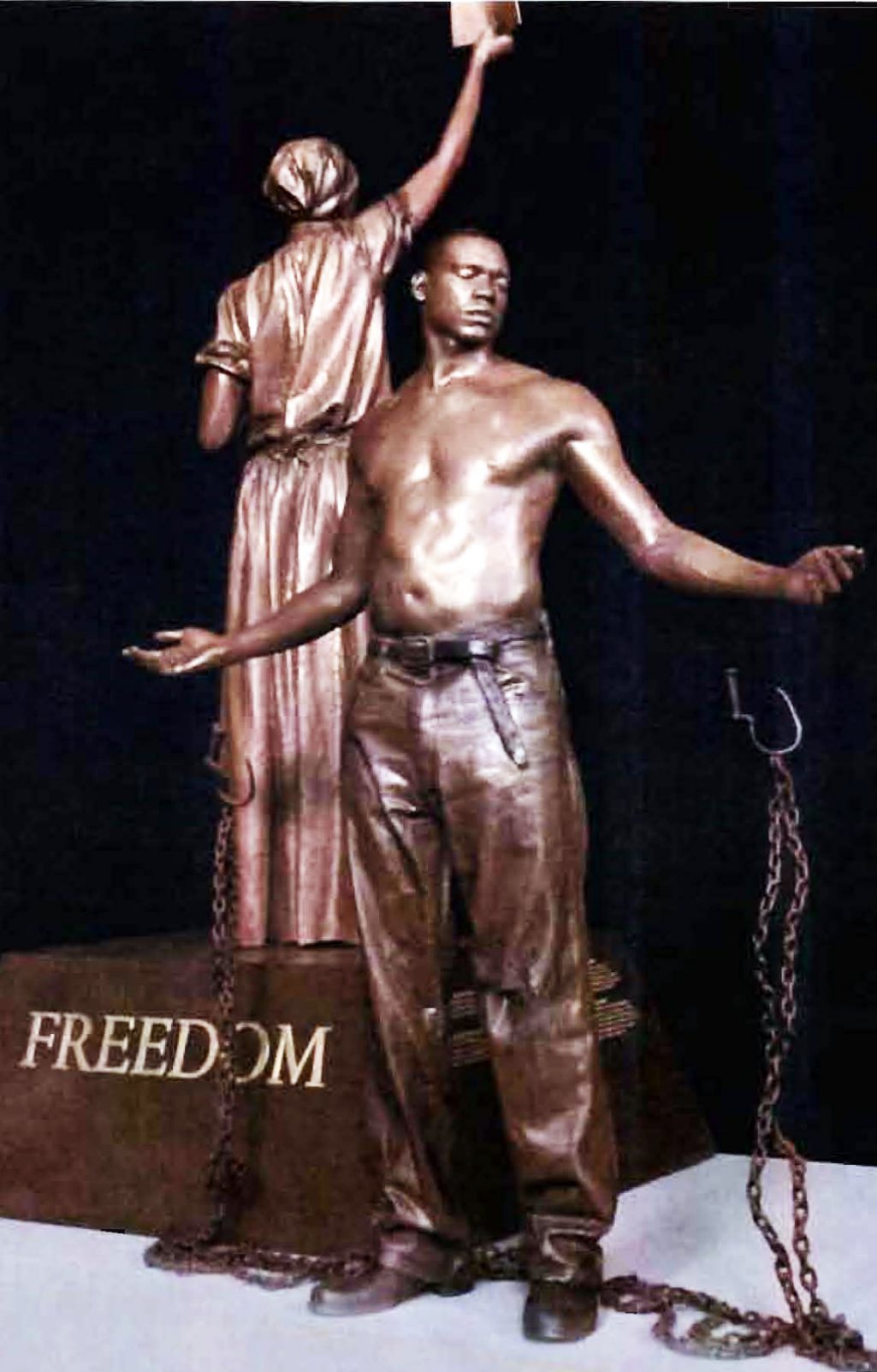 When the Richmond Times-Dispatch posted an article about the addition of Nat Turner, a fiery debate was sparked in the comments of their Facebook post publicizing the article. Some readers compared Turner to Hitler, expressing their disgust for the memorialization of a “murderer” and “baby killer.” Others defended his addition; one RTD reader responded, “If we can celebrate Columbus Day, Nat Turner can have a day too right!?”

However, despite all the debate, Nat Turner won out amongst the commission members. “When we had those community conversations, one of the themes that came out of that, across the state, was you have to tell a complete story,”  Sen. McClellan said. “That to tell the full story of slavery in America you can’t just tell the pristine version, you have to tell the good, bad, and the ugly.”

The debate over Turner has resulted in the other figures slated to go on the monument getting overshadowed. This monument is as much about honoring African American history as it is about educating the public on the historical moments and heroes that history textbooks neglect.

One of the people being honored, Mary Elizabeth Bowser, was a spy for the Union. She was a freed slave who choose to go back into slavery to work in the Confederate White House and spy on the Confederate President, Jefferson Davis.

Dred Scott, also being honored on the monument, was the first slave to sue for his freedom. His case went all the way to the United States Supreme Court, and in the infamous 1857 case Dred Scott v. Sandford the court ruled that all people of African descent, regardless of enslavement status could never become citizens of the United States and consequently could not sue in federal court.

Gabriel is being honored on the monument for the insurrection plot he led. While his plan was prevented by the betrayal of two slaves, his plot remains one of the most significant insurrection plots in American history.

Lastly for those being recognized on the pre-emancipation side is William Harvey Carney. Carney fought for the Union in the 54th Massachusetts Infantry Regiment, and was the first African American to be awarded the Medal of Honor.

On the other side of the monument, which remembers African American Virginians who had a significant impact between 1865 and 1970, are five people who many might not be familiar with.

John Mitchell Jr., was a prominent community activist from Richmond. Among his many accomplishments, he was the editor of the Richmond Planet, and he led a 1904 boycott that resulted in a segregated streetcar company going bankrupt.

Rosa Dixon Bowser, whose husband was a relative of Mary Elizabeth Bowser, was a teacher in Richmond public schools and founded the first professional African American Teachers Association. Rosa Bowser played an important role in the founding of social reform organizations as well as women’s suffrage.

John Mercer Langston was Virginia’s first African American congressman. His election sparked great division in the state and while his seat was contested for almost two years, he served in the United States House of Representatives from 1890- 1891.

An important part of Harrisonburg’s history, Lucy Simms is being honored for her dedication to teaching. Her career as an educator lasted over 50 years and her commitment to the betterment of public education was unwavering.

Rev. Wyatt Tee Walker rounds out the monument. While he was not born in Virginia, Walker was a minister in Petersburg and a prominent civil rights leader in the city. In 1960, Dr. Martin Luther King Jr. appointed Walker as the first Executive Director of the Southern Christian Leadership Conference and chief of staff to Dr. King.

The estimated cost of the monument is $800,000 and it will be paid for through a combination of private and public funding. However, that cost does not include the addition of two new names (the original plans only included eight people), and it does not include the cost of moving the mill that currently stands on the location. The commission has a $500,000 budget, but hopes to use as much private funding as possible.

The Emancipation Proclamation and Freedom Monument will stand on Brown’s Island, and is scheduled to be completed in 2019. “It is certainly going to be a unique piece of the state’s portfolio as far as monuments and memorials, and hopefully it won’t be the last,” Sen. McClellan said.