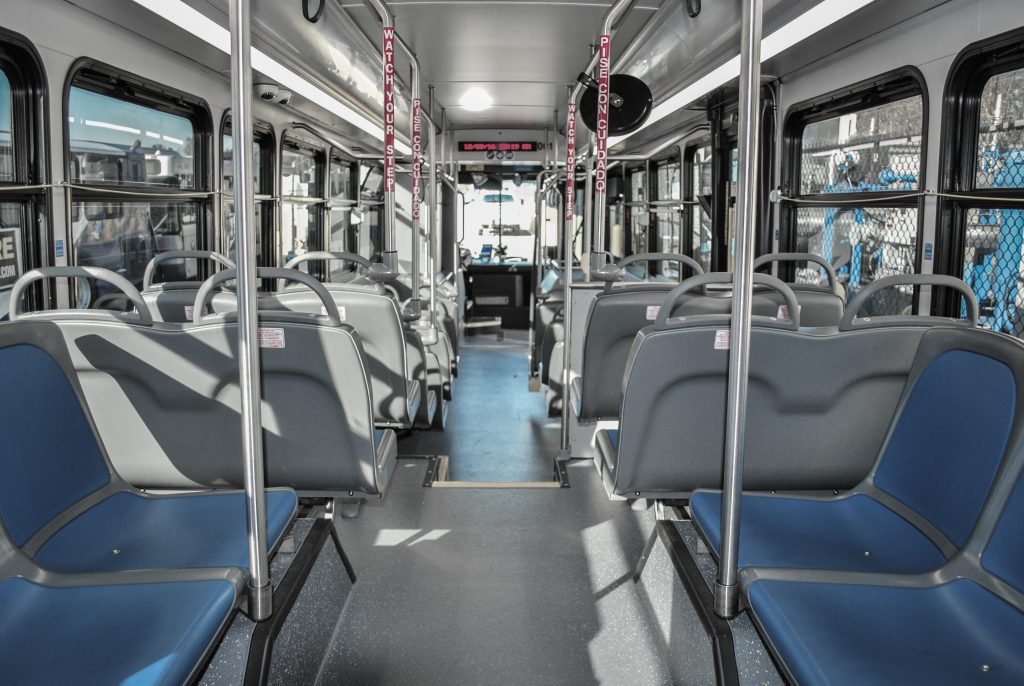 The surprisingly contentious GRTC Pulse bus line is finally opening, and while it still has critics, it’s also building support among the people who actually ride it.

You can’t miss the new Pulse stations all over Broad Street, and they’ve inspired some controversy in the surrounding communities. Until this assignment, I too was critical, but had never ridden the bus. I didn’t realize how many people depended on it, or how it shaped the way they spent their days. On my first-ever ride, I noticed how the frequent stops pushed what could have been a 9-12 minute trip into almost 25 minutes.

For riders, this is a big part of the appeal of the Pulse. Fewer stops make for faster service, and it seems to answer many of the complaints bus riders had. Still, at least one rider wasn’t looking forward to changes. On my ride, coordinated with GRTC, a man in his mid-60s saw the logo-emblazoned bag they’d given me, full of brochures, and gave me a strange look. When our eyes clicked again for the second time, he began to vent his frustrations with the bus service, detailing years of complaints. 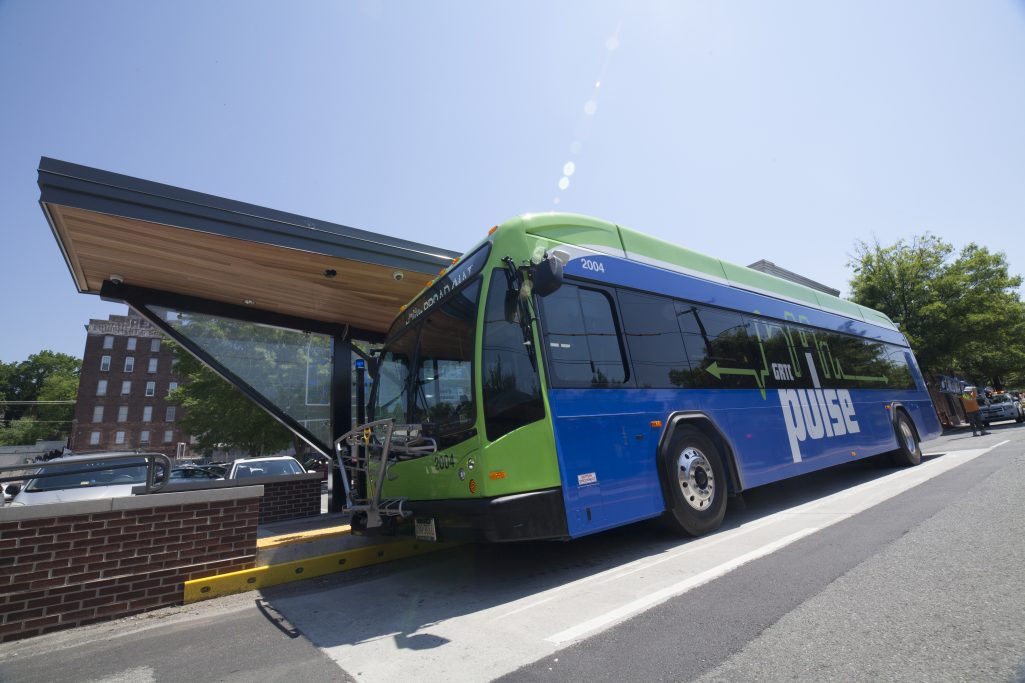 He said he’s been riding the bus since the 70s and claimed nothing had changed in that time. He was angry about the lack of bathrooms, which said was not fair, especially for elderly riders. He was also angry about long wait times at bus stops, and thought the Pulse would be a waste of time and money because he thinks nothing is going to change.

Others were more optimistic, including Lena Waite, who I also met on the bus. She said, “I think the new bus system would be good, especially if we have more buses and could get to places on time.” She’s had bad experiences with the current system, she said, detailing a recent incident. “I was on a bus home from work when it broke down on a hill. I had to get off and walk because I didn’t feel safe, plus it was getting dark and I couldn’t wait for another bus.”

The Pulse will free up existing buses for other routes, according to Carrie Rose Pace, Director of Communications for the GRTC, which will address Waite’s problems with her existing commute. For riders on the new 7.6-mile line, linking Rocketts Landing to Willow Lawn, they won’t have bathrooms, but they’ll receive lower wait-times on a faster, high-capacity system designed to get them where they’re going quicker. 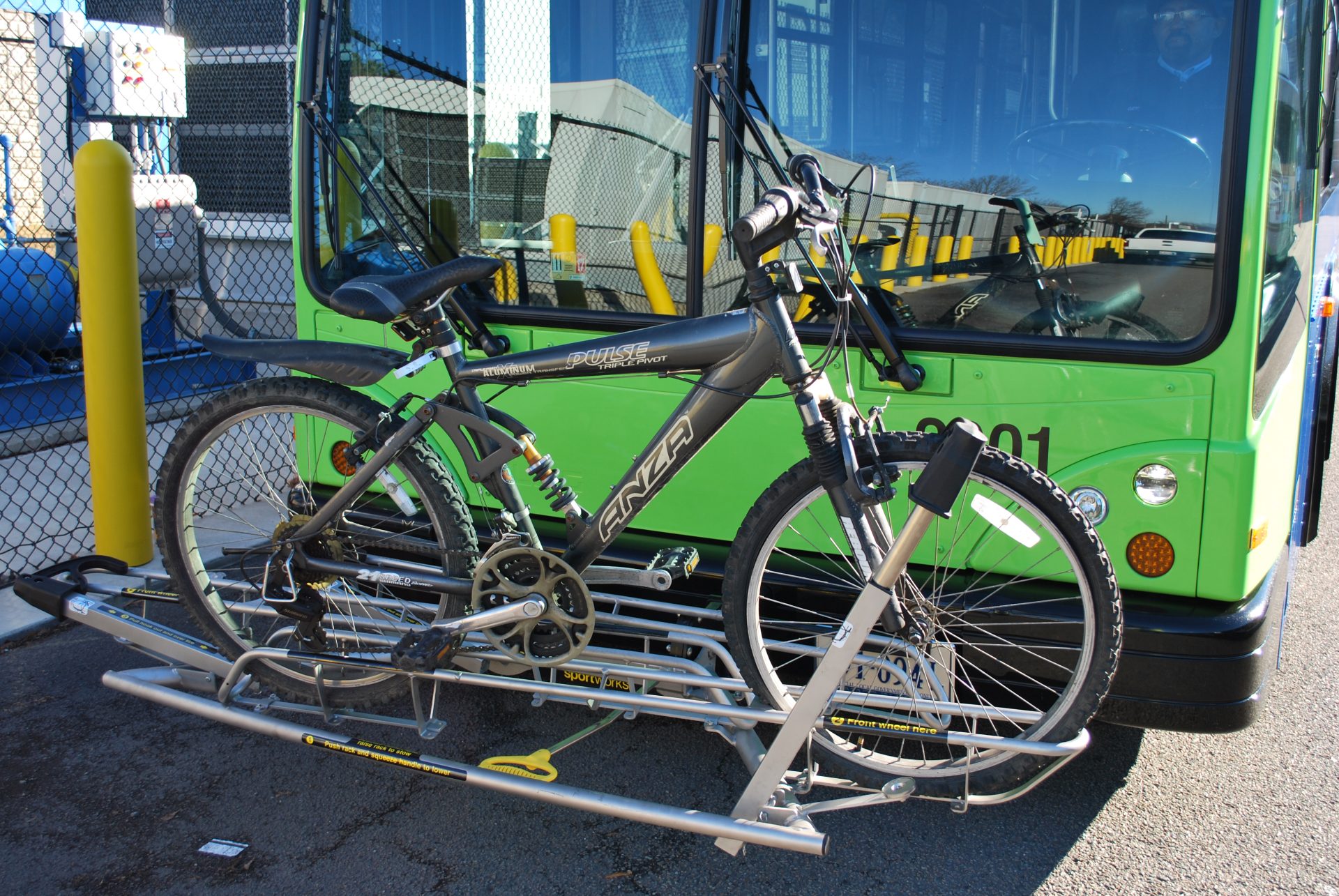 “BRT service stops less often, operates faster, uses design and technology features like Bus Only lanes and Transit Signal Priority,” Pace said, describing the upgrades. “It has off-board fare collection (at Ticket Vending Machines), and has platform-level boarding and alighting. All of this saves time, making the customer’s experience faster and easier.”

She said she’s a bus rider, too, who sometimes uses the current system to go to and from her home in downtown Richmond. The changes will benefit her and her neighbors, she said, by letting them use the bus over private automobiles or driving services like Lyft.

“Once the Pulse and the new City routes launch, I’ll be able to get from my home with a bus coming every 15 minutes,” she said. From the normal bus, she can, “quickly connect to a Pulse bus coming every 15 minutes, and get either east or west to my destination much faster than I’m used to. I will be able to ride beyond just downtown on the Pulse and quickly get to my appointments at Willow Lawn, or take a ride to enjoy the East Riverfront area.” 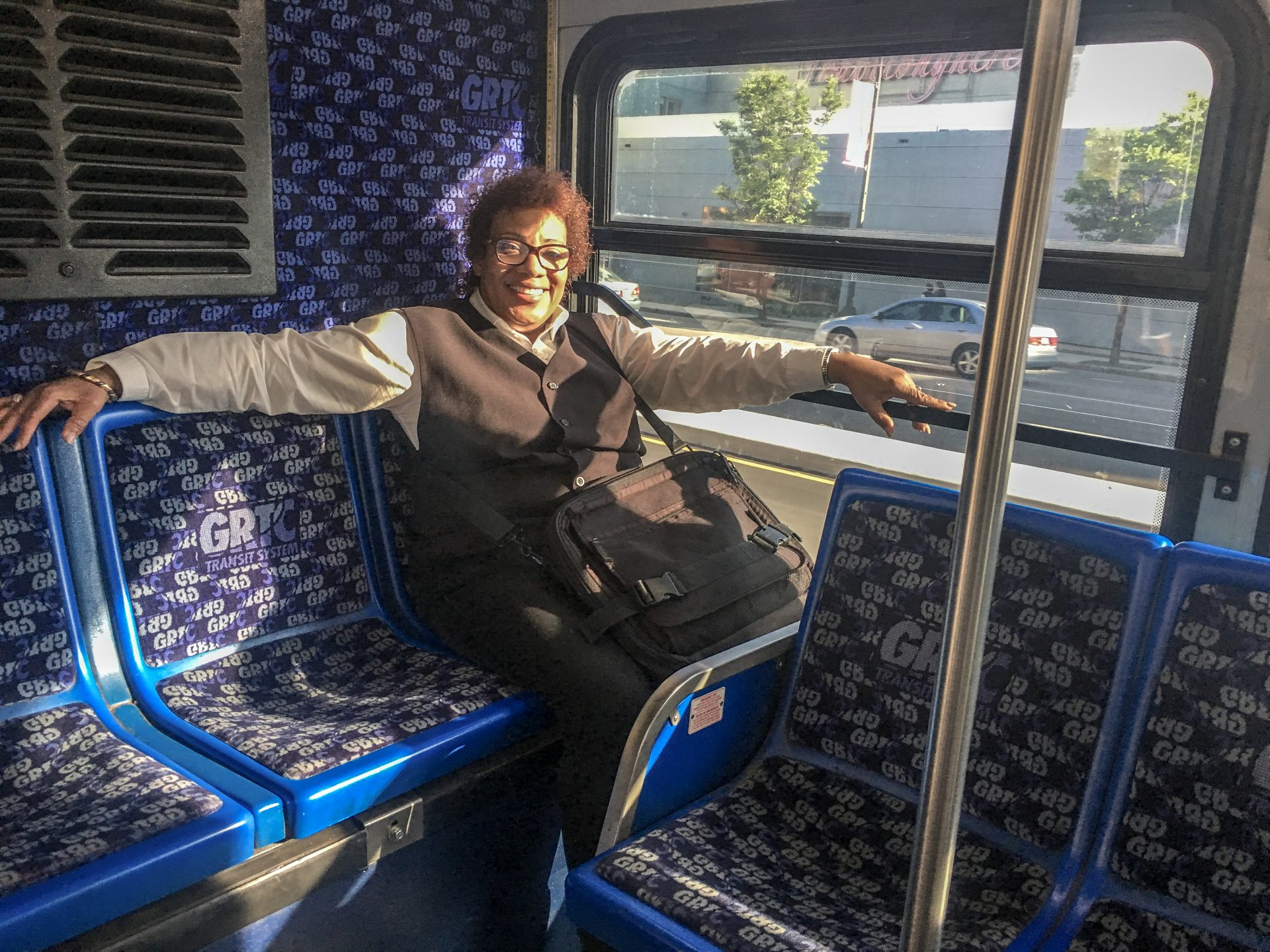 GRTC estimates that some 3,500 people will ride the Pulse daily, which could also benefit people driving cars, too: Every person on the bus is one less car on the road, easing congestion and freeing up parking spots at destinations.

“Each individual Pulse bus seats about 36 passengers,” Pace said. “But with fully-loaded standing room, we can safely accommodate 55 passengers.” That includes space for two individuals using mobility devices like wheelchairs, and bike storage on the front of each bus for up to three bicycles.

While most bus users will see a slightly different and faster route on launch day, different routes will operate differently. GRTC has updated their website with a detailed system map to help riders plan their trips ahead of launch.

Pace was positive about the long-term changes. She said, “Ultimately, the Pulse, coupled with the city redesign will lead to a shorter trip experience for most customers from point A to point B, with easier connections.” Even outside of the city, service will be improved. She added, “Henrico County is also making adjustments to several of their routes that connect to the Pulse, also ensuring a convenient connection.”

She listed, as an example, “connecting Route 19 with Willow Lawn,” which lets Henrico run buses “every 30 minutes all day.”

In our hyper-connected modern era, there were other benefits to public transit that I saw on my bus ride. It’s time to read a newspaper or stare at your phone; catch up on work; listen to music; or simply ponder the issue of the day, without having to watch the road. All of which will be even easier on the Pulse, which is launching with free Wi-Fi.

Ultimately, Pace stressed that the goal was to consider the safety and efficient use of the corridor for all people, regardless of their mode of transportation. The new signals, lanes, crosswalks, and overall design were all reached through a process that prioritized safety for all.

It's spring, the flowers are in bloom, vaccinations are happening, and here in the Missed Connections, we're seeing a new and unexpected... READ MORE

It's spring, the flowers are in bloom, vaccinations are happening, and here in the Missed Connections, we're seeing a new and unexpected... READ MORE