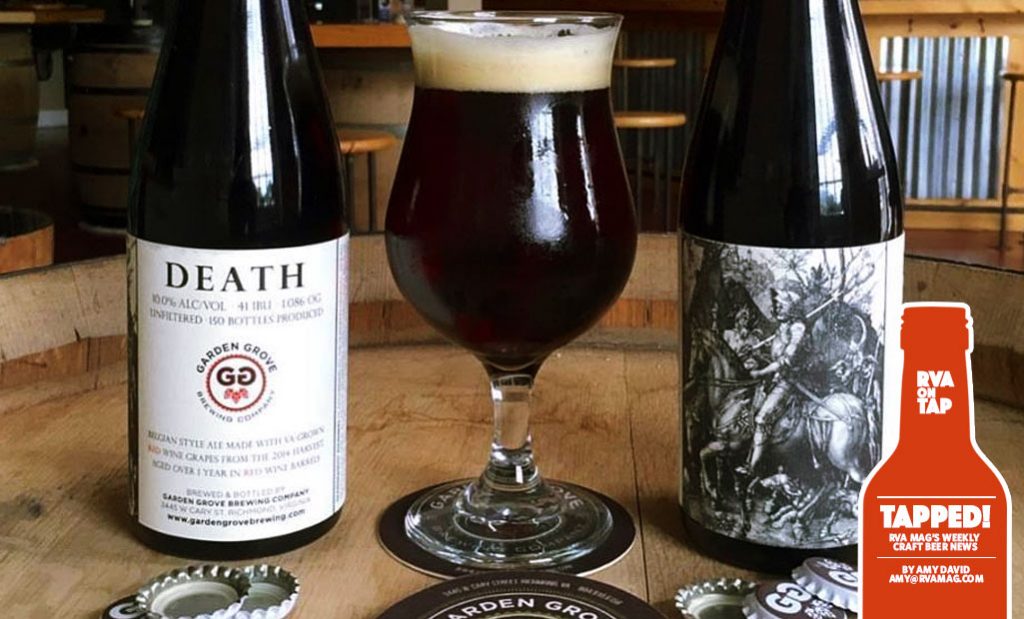 Garden Grove Brewery & Urban Winery is turning three, and this Saturday they’re celebrating with a big party at their Carytown spot. food, art, music and a special beer release! For the first time, patrons can enjoy all three members of the brewery’s Trappist-style trio, Death, The Knight, and The Devil. Chef Paul Kostandin and crew from Postbellum will be in the house starting at noon slinging up some delicious food-menu in link.  Music kicks off at 8 pm featuring some RVA locals Moniker and Honest Debts and D.C.natives Suga Grits will close out the celebration.

Fine Creek Brewing Company will host a benefit for FeedMore Thursday night.  They will also release a Lagered Brett Saison and bring back Game Winner IPA over the weekend.

In addition to that, the brewery will roll out 750mL barrel-aged bottle series in March so be on the lookout for more information on that. 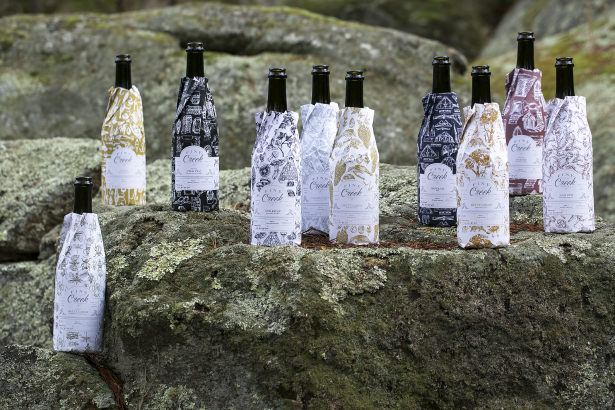 On Friday, Final Gravity Brewing Co. will release its Ad Astra DIPA, a beer made with Galaxy and Azacca hops, creating a delicious blend of grapefruit and mango.

Three Notch’d RVA Collab House returns this Thursday with its weekly collaboration. This time, it’s bringing a favorite with Chocolate Silk Pie, a milk stout made in partnership with The Hilton Downtown Richmond. This was one of their first collabs since expanding to the city, so if you didn’t taste it last go around, stop by for draft specials from 4-7pm.

On Saturday, Steam Bell will release its Raspberry Gose, a 5.5 % percent brew that’s crisp, a little tart, and a little fruity.

To celebrate the day of love, Isley Brewing will have a limited can release today of Boozy Mother, the Scott’s Addition brewery’s bourbon barrel peanut butter porter. 32oz. crowlers (Approx. 200), 2 crowlers per person. It will also be on tap for in-house pours only!

On Saturday, Hardywood will release its VMFA Terracotta Army collab brew. The Sunken Sentinel Saison is a 6% brew made with flaked rice and plum. A sake-like quality, the saison has mild sweet and tart notes from the plum.

Also on Saturday, Hardywood will release Baltic Sunrise, a full-bodied porter conditioned on locally roasted coffee beans from Black Hand. Clocking in at 9.1%, this bad brew tastes of bittersweet chocolate,  dark cherry, and of course, coffee.

And for Valentine’s Day, Hardywood has several treats for your significant other, spouse, or just you if you want to treat yo’ self! The brewery will have Raspberry Stout chocolates made by Gearharts Fine Chocolates and bouquets by Anther. Get two bottles of Raspberry Stout, one four-piece Raspberry Stout Chocolate box and a bouquet of flowers for $35. Can’t beat that deal. They are tapping two special casks for the occasion including Chocolate Cherry Milk Stout, a bourbon barrel-aged milk stout, and The Heartbreaker, a Bourbon Barrel-aged Milk Stout with toasted cinnamon churro marshmallows, pasilla peppers, cocoa powder, cinnamon and toasted coconut.

Ardent Craft Ales will release Standard Bitter for Valentines Day. Notes of tangerine and orange marmalade make this British style ale stand out and perk you up on the day love and be by your side if you’re already feeling a little bitter.

In addition to their Anti-Valentine’s Party Part 2, Center of the Universe will release an India Pale Kolsch on Saturday. The beer is a variant of their year-round Slingshot Kolsch, made with Cascade hops and dry-hopped with Amarillo.  Curry in a Hurry will also be serving up their pair their  British restaurant style curries.

On Valentine’s Day and tomorrow, Legend Brewing has put together a Sweethearts Dinner for you and your special someone or favorite friend who loves to get drunk and eat. The three-course dinner includes a pitcher of beer or a bottle of wine for $62.99 per couple. Check out the menu below.

It’s Third Thursdays at The Veil Brewing Co. this week, and that means from 5 to 8 pm, 15 percent of the proceeds will go to a local charity. This time around, its the Relationship Foundation of Virginia, a longtime non-profit that offers date nights, relationship programs, youth programs, strong father programs …all to develop practical, proactive habits that lead to life-long relationship success.

On Saturday, Buskey Cider will release its Colombian Finca El Acaso Coffee Cider a combination of their cider and cold brew coffee. Sourced from the city of Salento, Colombia and purchased from Richmond’s Blanchard’s Coffee Company, this unique blend is one to taste test for sure for cider and coffee lovers alike.