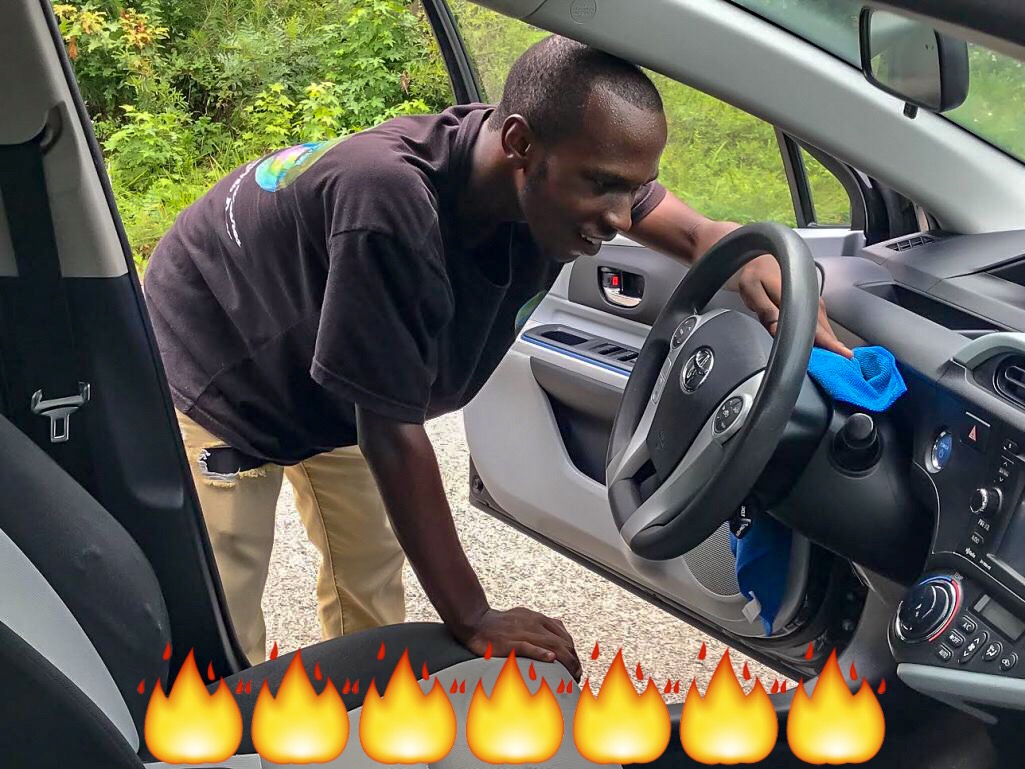 The 21-Year-Old Entrepreneur Who Wants to Wash Your Car

It was a few months ago that Christian Gordon had an experience he says changed his life. After escaping a high-speed collision by swerving into a ditch, just out of harm’s way, Gordon found himself shaken but uninjured. Just ahead of his near accident was a small church, which he entered to do something unusual for him; give thanks to God.

Gordon says he wouldn’t call himself an avid follower of Christianity, but he even found a woman working in the church, and asked her to join him in prayer. Gordon said, “Ever since that day, I decided to show more gratitude because things could have been much worse.” 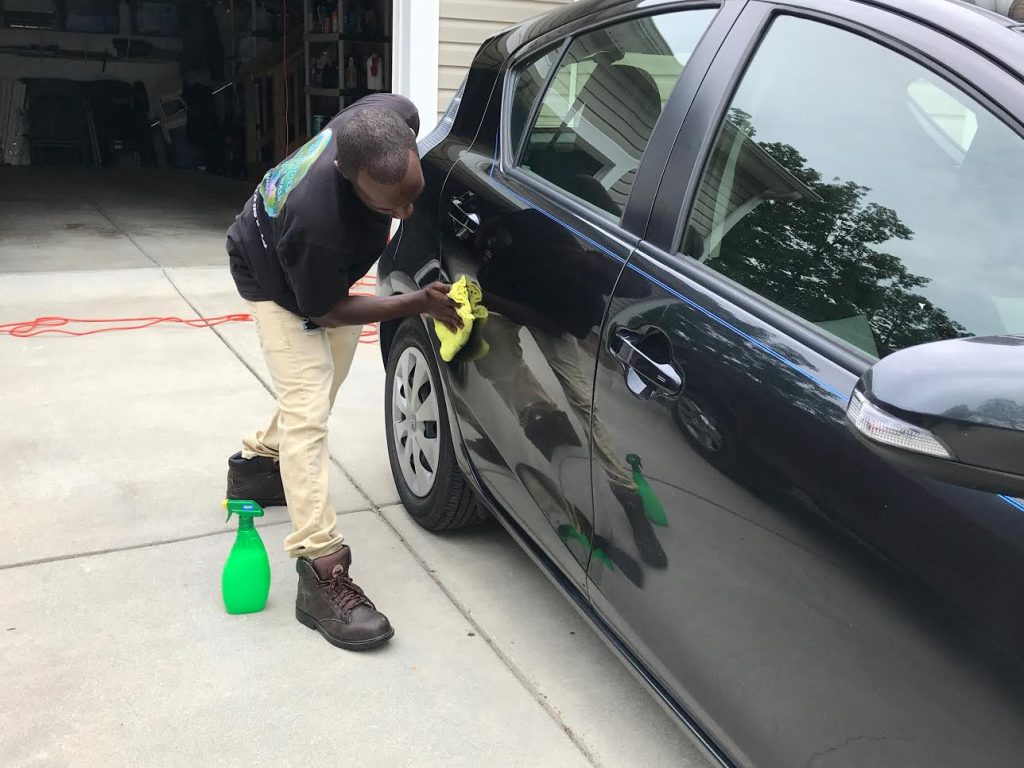 Gordon is an unusually-driven young man who came to Richmond, Virginia, to start his own mobile car wash company, Sud Buddies RVA. His positive, upbeat attitude runs through the company, from his decision to start it to his unconventional marketing approach. Instead of traditional ads or flyers, Gordon goes door-to-door, travelling from Richmond to Glen Allen to Short Pump, asking if he can wash cars. Sometimes, he even emails the editors of magazines and newspapers, offering to wash the cars of their staff for free.

“It was a numbers game to me, the more doors I knocked on, the higher probability of someone eventually saying yes, which would give me the opportunity to show them what I could do,” he said. He’s gotten a lot of skeptical looks, plenty of “no thank yous,” and enough “yes, please” to keep working. He stays upbeat even when prospects don’t pan out; it beats what he sees as the alternative.

In his hometown of Jacksonville, North Carolina, Gordon wanted more to his life than the typical storyline of those who graduated from his high school: either stay in town and work retail, go to college, or, join the military. He said, “I was working at Chick-Fil-A, and it kind of felt degrading cleaning up after people. I knew that if I continued working here, I wouldn’t be happy.”

Deciding to pursue a career with cars, which he’d always loved, he turned to the internet to discover how he could turn his passion into a career. He first started looking up random jobs involving cars to see what was out there, and then stumbled upon a YouTube channel that had tutorials on how to wrap cars. He also found a forum specifically for car wrapping enthusiasts and applied to join, hoping to get more education on the subject, in addition to networking opportunities. After 12 days of anticipation, he was accepted and reached out to three different car wrapping companies in Oklahoma, Florida, and Virginia. The company in Oklahoma was so impressed with him they sent free matte vinyl wrap with the promise of flying him out with a job offer if he could wrap a car. While he was mulling over that prospect, he was also talking to the company in Manassas, Virginia, who didn’t have a job for him, but liked him so much that they decided to create one, months before he had even graduated high school. 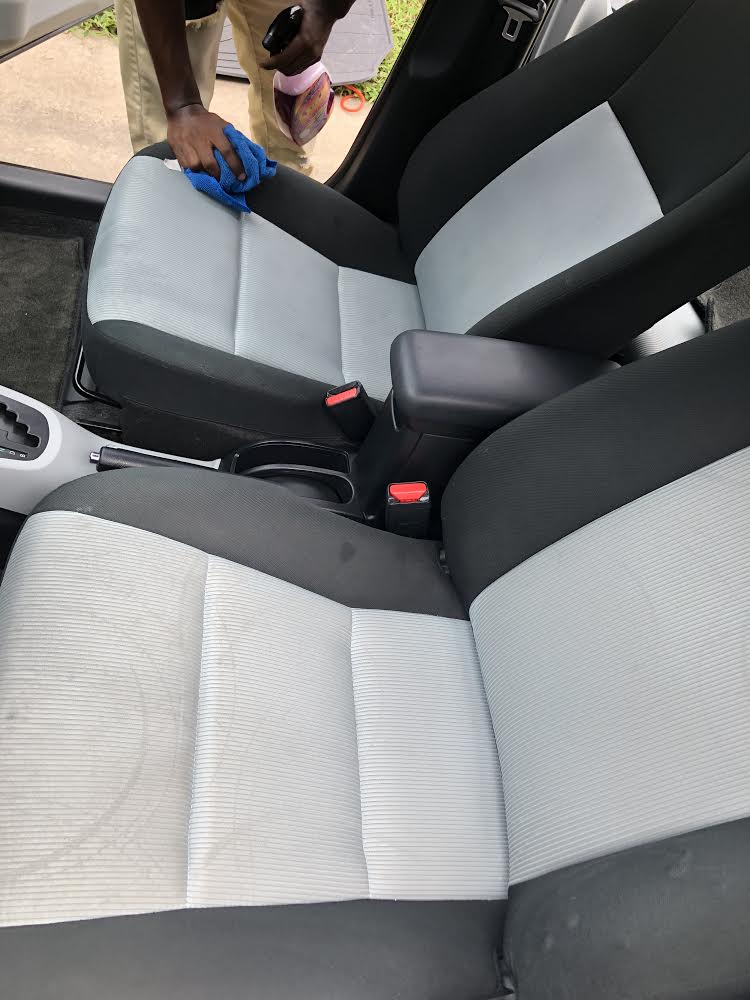 Before (bottom) and after (top)

Throughout the next year, he moved from Jacksonville to Ashland, Virginia to live with his grandmother, and commuted an hour and a half every day to Manassas for work, commercially wrapping vehicles including box trucks, vans, and storefront windows in Tysons Corner.

“I felt like I was living the dream, all because I was willing to take a risk and leave my hometown. I was 19, working, and traveling around Virginia with this company while they were paying for my hotels and giving me per diems. It was like I had finally gotten my dream job,” he said.

Now at 21, Gordon has decided to go the more entrepreneurial route through Sud Buddies RVA. Taking his love and knowledge of cars, and the customer service skills he learned working for Chick-Fil-A, Uber Eats, and Carpool, he’s blended his experiences and personal flair into Sud Buddies.

“I don’t really see much in terms of competition around Richmond, and even if there is, a lot of them are missing significant pieces in order to get customers,” Gordon said. Because of his youth, he is savvy enough to use social media to attract a following, and created a user-friendly website that lets you book your appointment, sends you a confirmation text message, and sends a reminder text message 30 minutes before your appointment. He’s active on Instagram, and he tracks his audience with special hashtags, #WashMyRideRVA and #SudBuddiesRVA.

“I want to be more creative, and get paid to be creative, as well as engage my customers,” he said. On his Instagram page, you can find him utilizing his features such as stories with filters, and making Boomerangs of foam spray. Not only is his Instagram page fun, it shows the quality of his work as well.

“I’m trying to show people what I can really do, and show that they’re getting quality work. I use eco-friendly materials and let people know they’re getting the experience of a car wash,” he said.

With his sudden success, Gordon hopes that he can build his business and eventually take it to cities outside of Virginia, eyeing D.C. He’s also hoping that he can venture into other business endeavors, like creating a brand that supports breast cancer research, in honor of his mother, Karen, who had breast cancer when he was in third grade, but has since gone into remission. Because his mother sacrificed so much for him, he wants to give back to her to make sure she won’t ever have to go without. Not only does he want to do this for his mom, he wants to do it for other people as well, and has been able to give his friends opportunities in the form of jobs. He said, “I want my legacy to be me giving opportunities for people, and show people from my neighborhood that if I can do it, they can do it too.”