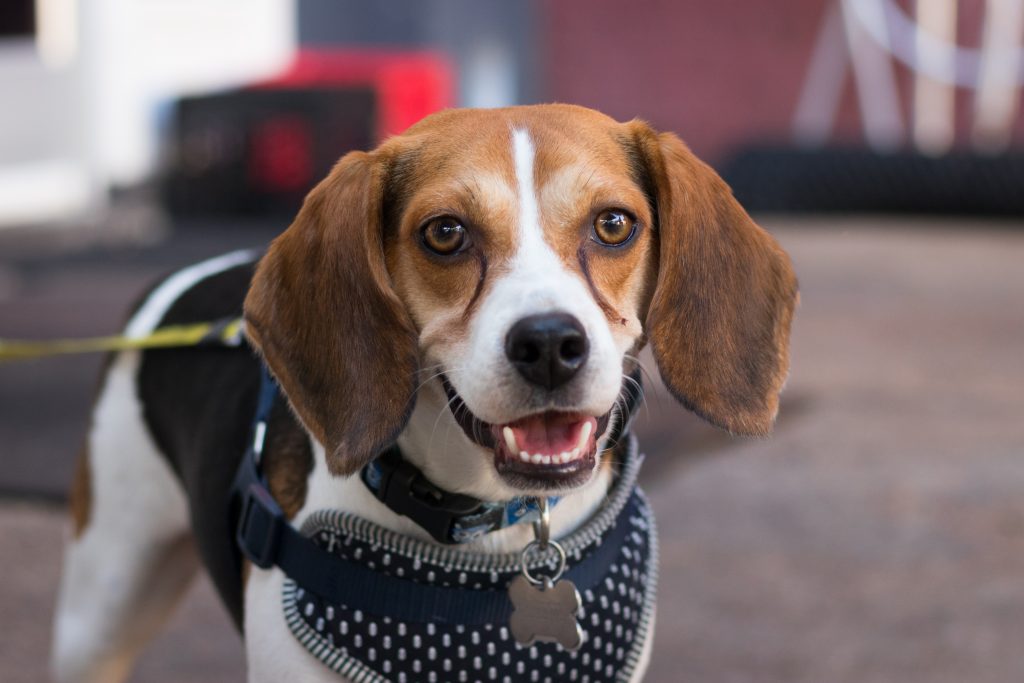 “Who let the dogs out?” has been a question asked for decades. The new question is “Who put the dogs on Instagram?”

For those of you wondering this about the new Dogs Of Richmond account, it’s Will Wright.

Welcome to Dogs of Richmond! RVA'ers love their dogs and their city. Dogs of Richmond explores the relationships between concrete, fur, humans and best friends. Every dog has a story. I met Charlie in The Fan near Strawberry Street and he is the definition of a hunk. He kept looking at his little human making sure all was well. That didn't stop him from rolling around on the sidewalk and grinning from ear to ear the entire time.

Wright, who works at wholesalepet.com’s office on Monument Avenue, had the idea for Dogs Of Richmond for a couple of years now but someone else had already snagged the “DogsOfRichmond” handle.

“I only wanted DogsOfRichmond, no spaces,” Wright said. “So, I kind of forgot about it and on a whim this past April, I went and checked, the handle was available and I was all in.”

When everything was first coming to fruition, Wright was walking around town with his camera in tow every day to snap enough pictures to fill up the Instagram feed. He frequents areas in the Museum and Fan districts most often, but has gone down toward the James and across town to Libby Hill. He said he wants to continue to branch out and cover even more ground in Richmond.

“I love when the owners find the account,” Wright said. “Recently, two owners who had both been featured were commenting and talking, trying to set up a play date.”

He made friends with local Richmond Instagram star Bex the Bernese.

“We met up and had a fun little photoshoot,” he said. “I hope to meet up with him again in six months when he’s bigger and do a follow up.”

Hey #RVA, can we all agree that @bexthebernese is just about the cutest puppy around? We had the pleasure of meeting him last Sunday after he took a romp around Barker Field. At only 3 months old, he was toasted from playing with the other pups. Thankfully Bexley still had enough energy to throw a pose. Even passersby couldn’t resist stopping to meet this fluff ball. Tag a friend that loves Bernese Mountain Dogs!

For right now, Wright said the main goal of the account is to profile the dogs he meets. He’s not against expanding the cause one day, though. He said he’d love to maybe get into local shelters and feature dogs there in hopes of helping the pups get adopted.

“It’s all about the dogs,” Wright said. “Anything that can make someone smile or make someone want to adopt a dog after seeing a cute shelter dog on the profile is a win in my book.”

Wright said he’s really enjoyed doing this project and he’s improving it and learning as he goes. He said it can be tough taking pictures of dogs, but he’s got some tricks up his sleeve like bringing a squeaky toy along on his walks.

“I’ve probably accumulated 1,500 pictures since beginning this project and only a few have made the cut,” he said.

I decided on a whim last night to visit the Virginia State Capitol. Even though there would be a killer sunset, I wasn’t concerned with capturing concrete and sky. I wanted to meet some #RVA dogs and I lucked out when I bumped into Roxy and Milo at the top of the capitol steps. I took a seat and Roxy the terrier hopped right into my lap. Her brother Milo was a little more skeptical, which is typical of chihuahuas, but he couldn’t resist watching Roxy get love so we became friends too. How cute is this duo?

Since starting the account, Wright’s been sure to visit different dog-friendly events in the area like Ellwood Thompson’s monthly Pups and Pints and even yoga for Dogs.

“I attended a Dog Yoga (Doga) session in Byrd Park and it went just as you would expect,” Wright said. “The dogs were all over the place and more interested in the nearby ultimate frisbee game than the Doga. Everyone was laughing the whole time including myself.”

Dogs Of Richmond is just a few months old with almost 800 followers already, and Wright’s just getting started.