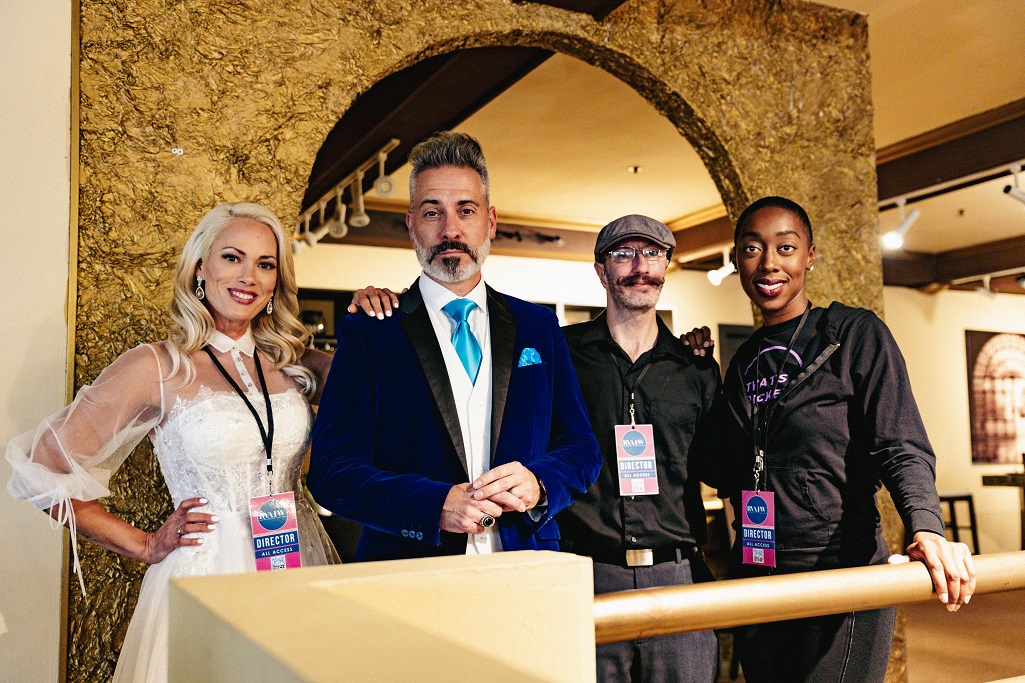 After spending over a year in the virtual world, RVA Fashion Week was eager to return to IRL for their Fall 2021 event, and they did so in a big way. RVA Mag’s Brooke Nicholson scoped the scene and learned all the details that helped make RVAFW 2021 a post-pandemic success.

Having gone virtual-only last year, RVA Fashion Week returned to the river city last month with a week-long string of events that covered every sense of the word “style,” from the latest in sneakers to a finale showered in the most saturated of colors.

Conceived and launched in 2008 by a group of VCU students and one University of Richmond student, RVA Fashion Week has grown into a city-wide concoction of events that celebrate and highlight the fashion, latest trends, and talents that are unique to Richmond. Wanting to accommodate growing talent and interest in the event, Michael Hostetler, business partner and Director of Media at RVAFW, also felt it was important that the event hold true to its roots. “It’s only fitting to include students of the high school and college levels,” he said, “and expose them to the best local Fashion Week in Virginia by letting them participate, letting them learn, explore their experience, in whichever way we can help inspire and ignite their passions further.”

Creating stunning garments at home is no small task, but getting your work out and in front of a crowd is something else entirely. Even though the stress of the pandemic has lifted in some aspects, gathering crowds for fashion shows has been limited over the past year. Events are typically virtual, but while virtual fashion shows get the job done, they don’t reward the crowd with the full effect that can only be created by seeing the outfits in person. Last year’s online events were a success, but brought about some challenges that the team needed figure out quickly.

Hostetler points out some significant changes the RVA Fashion Week team had to work out in the wake of the pandemic. “One daunting and on-going challenge we had right from the start was figuring out how to remain in compliance with the State of Virginia’s mandates set in place, while still executing safe and responsible events,” said Hostetler. “We have put forth our best efforts to keep as many individuals, businesses, and organizations positive, mentally, and relevant during this crazy time period.”

This years’ RVAFW took place from October 4 to October 10, and kicked off on that first Monday with “Sneakerfest,” a special two-day event centered around sneakers and streetwear, which gave creators and fans a chance to buy, sell, and trade the clothes and shoes they love. Jimmy Budd, executive producer of RVAFW and general manager of 707 Fine Clothing, stated that the new event “has proven that RVAFW can be a catalyst to innovative concepts for the Richmond community, even if these concepts end up growing on its own feet down the road and taking place outside of the Fall or Spring seasons.”

Every day featured a new event, including highlights such as Dinner on the Runway, Community Yoga at Brambly Park, a Fall Fashion Social, and A New Me Fashion Show hosted by RVAFW spokeswoman and Miss Virginia, Heather Marie. RVAFW continues to uphold its promise to bring awareness to mental health, partnering with Runway2Life to help shine a light on the toughest issues facing the Richmond area and beyond. “Runway2Life was a great non-profit that we have supported in the past who really hones in on suicide awareness and mental health. These two topics will always be on our radar as we help spread positive energy, positive messaging, and guidance to our community,” Budd said. A few of the events, such as “Dinner on the Runway,” were held in conjunction with bringing light to mental health awareness. “We had an awesome time partnering with Les Crepes in Carytown for a “Dinner on The Runway” Fashion Show this past Fall RVAFW, which supported NAMI Virginia, in which a silent auction took place to help raise funds as well as raise awareness around their mental health initiatives.”

RVAFW concluded its string of week-long events with a Finale Fashion Show showcasing some of the area’s newest designers, as well as a few familiar faces. Held in the Bon Secours Training Center, the same facility that hosts The Washington Football Team’s training sessions, the Finale Fashion Show started off Sunday night with a bang. Hosted by Heather Marie and Anthony Antoine from NBC12 News and supporting FeedMore, Inc, the event’s featured designers included Kill the Seam, WAV3S, Stoi’s Design Company, HQNM Apparel, Liz Nel, Sisters’ Boutique, Verdalina, and 707RVA. The garments displayed on the runway included everything from men’s and women’s suits and collections run rampant in pastel pinks to dresses draped straight from cumulonimbus clouds.

“It’s a mix of returning and new designers. We want to showcase the best of what Richmond and the surrounding areas have to offer,” said Ryan Azia, executive director at RVAFW. “Oftentimes returning designers come back and consistently show improvement in their work and designs, while new designers come forth with fresh ideas and collections.”

Each year, new and returning designers are vetted by RVAFW through a specific selection process. Although the process has changed slightly to accommodate pandemic mandates, Azia explains that RVAFW continues to encourage everybody to participate in the event. “Anyone can try out to participate and we encourage all age groups, sizes, and ethnicities to apply and be a part of RVAFW,” Azia said.

Budd notes the differences in participation with this years’ event as opposed to others in RVAFWs’ past, specifically “ a lot more collaborations taking place between event organizers, local businesses, and non-profits,” Budd said. He explained that, after their tenth anniversary in 2018, “I decided to switch our business model up and open up RVAFW to other organizers to collaborate with us. This in turn allowed our leadership team to create and introduce new, fun, innovative and creative event concepts to Richmond, while offering full resources to event organizers who wish to participate with us during the week. A win-win situation all around so far over the past three years!”

The show has molded and expanded its annual line-up over the years to accompany the growing fashion interest from the city and the surrounding areas. “I would say each season has seen exponential growth over the past thirteen years,” Budd said. “RVAFW has supported thousands of local individuals, businesses, and non-profit organizations, which has allowed us to become a household name in our Richmond community and surrounding areas to garner continued support.” RVAFW’s premier hotel choice, Quirk Hotel, spotlights this choice of garnering local businesses into the mix, while other participating venues helped support other areas of Richmond, including Rocketts Landing, Manchester, The Downtown Arts District, Carytown, Short Pump, Stony Point Fashion Park, and more.

With each passing year, RVA Fashion Week expands its roster in new and different ways. Although it has been more than a decade since its conception, the event’s organizers are still coming up with new ideas to keep the event fresh and exciting each year. The latest idea they’d like to explore in coming years? “A children’s fashion show. We’ve been working on showcasing local children’s designers and boutiques to showcase the 6 years to 12 years age bracket,” said Hostetler. The show hopes to collaborate and continue to partner with other local businesses and organizations in the years to come.

RVA’s Fashion Week continues to thrive, even in the harshest conditions — one obvious example being the pandemic. RVAFW has continued to help pave the way for those wanting to break into the fashion and design industry – or showcase in it. Recent pandemic changes have included live-streaming the show on their YouTube channel, free for anyone to access. Having started the event with the goal of including college students, fashion students, and everybody in-between into the mix, RVAFW has certainly held true to its original spirit.

“RVA Fashion Week to me screams our mission statement,” Hostetler said. “The mission of RVAFW is to highlight the vision, celebrate the fulfillment, and continuously expand the potential of Richmond, Virginia’s gifted, diverse fashion and arts community. That’s what it’s all about.” 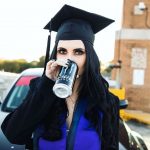