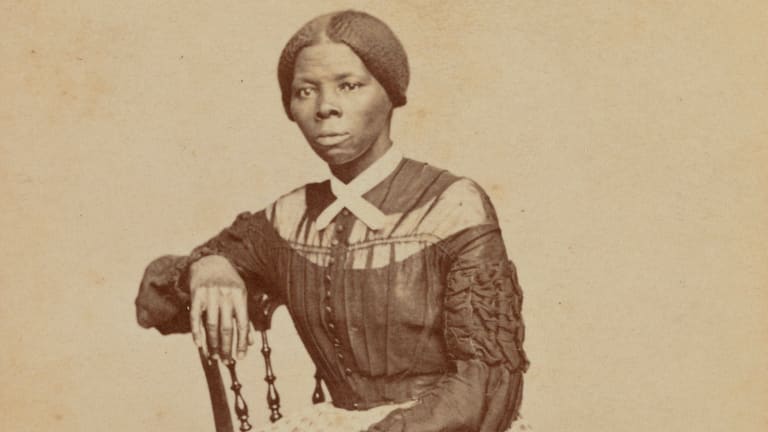 The latest in a series of period pieces filmed in the river city, Harriet presents us with some pointed questions about this city’s ongoing commemoration of Confederate leaders on Monument Avenue.

Richmond is quickly becoming the go to place for period films in America – from Lincoln to Mercy Street, our city is undeniably building the foundation for a future hotbed. Adding to that list is the new film about Harriet Tubman, Harriet, which recently wrapped production.

While not too much is known about specifics for the film at the moment aside from the obvious fact that it tells the story of Tubman’s life and her part in the Underground Railroad, the film is already doing some teaching by proxy. When it comes to the American education system, it’s hard to miss that things get left out, especially in regard to the Civil War. Local filmmaker Keith Jackson, who worked on Harriet, noted how much more he learned about her while working on the film.

“[She] was always one of those people in history that always kind of fascinated me,” said Jackson. “I didn’t know that much, but I did know a little bit. I knew about the Underground Railroad and all that stuff, but I didn’t know about how much she did for humanity, as far as saving slaves. I didn’t know the scope of it.”

When period films are released, there is generally an uptick of interest in the subject, and audiences often branch out to do their own research and learn more about the subject at hand. Jackson hopes that this film will be no different. One of his favorite parts about working on the film was learning about Tubman, and he hopes others become as fascinated with her as he was.

“She’s a small meager person in stature, but a big person that wouldn’t accept her place, ” said Jackson. “I worked on Wonder Woman, but this is a real person, this is a real wonder woman.”

When any large production of this magnitude comes to Richmond, river city residents are quick to jump on the bandwagon and proclaim our pride that this is happening here. However, in light of Harriet’s subject matter, there is more than a little irony in Richmond taking pride in the film even as statues to Confederate leaders are still standing on Monument Avenue.

Jackson hopes this blatant irony can help future discussions of the monuments take a different turn. He half-jokingly suggested that we should have a statue for Tubman, but where the Confederate statues are concerned, he suggested a new approach to the conversation.

“My personal idea is that Harriet is a hero because of what she did for humanity,” said Jackson. “And that’s fine if you want to have confederate heroes, but those people — Did they do anything for humanity, or are they just representing ideology? And I think that is the conversation people need to have when they talk about the statues.”

Virginia Film Office President Andy Edmunds didn’t say anything specifically relating to the statues on Monument Avenue, but he did have some thoughts about the power of media and storytelling to move people in different ways — for better and for worse.

“I hope any kind of storytelling, whether it’s written or visual, through film, has the ability to create a bridge through cultures, through narratives, ” said Edmunds. “The power of cinema through media in television in the 80s and 90s really is what brought down the Iron Curtain, it can be argued. I believe there is kind of an invisible iron curtain now between different factions of American society, and hopefully through storytelling and media some of those divisions can be peeled.”

Will the Harriet film make any waves in the discussion about the Confederate Statues, or will it just be a damn good film? Only time will tell. But as with many other recent period-piece films, when it finally comes to the big screen, we will be witnessing scenes filmed right here in Richmond.

Image: Carte-de-visite of Harriet Tubman, 1868-1869. Photograph by Benjamin F. Powelson, Collection of the National Museum of African American History and Culture, shared with the Library of Congress, 2017.30.4

Ash is a writer and improviser from Richmond. She has a BA in English from VCU and an associates in Theater. When she isn't writing or screaming on a stage, she can usually be found wherever the coffee is. Bill Murray is her favorite person along with her black cat, Bruce.
Topics: filmed in Richmond, Harriet, Harriet Tubman, Keith Jackson, period pieces, Virginia Film Office