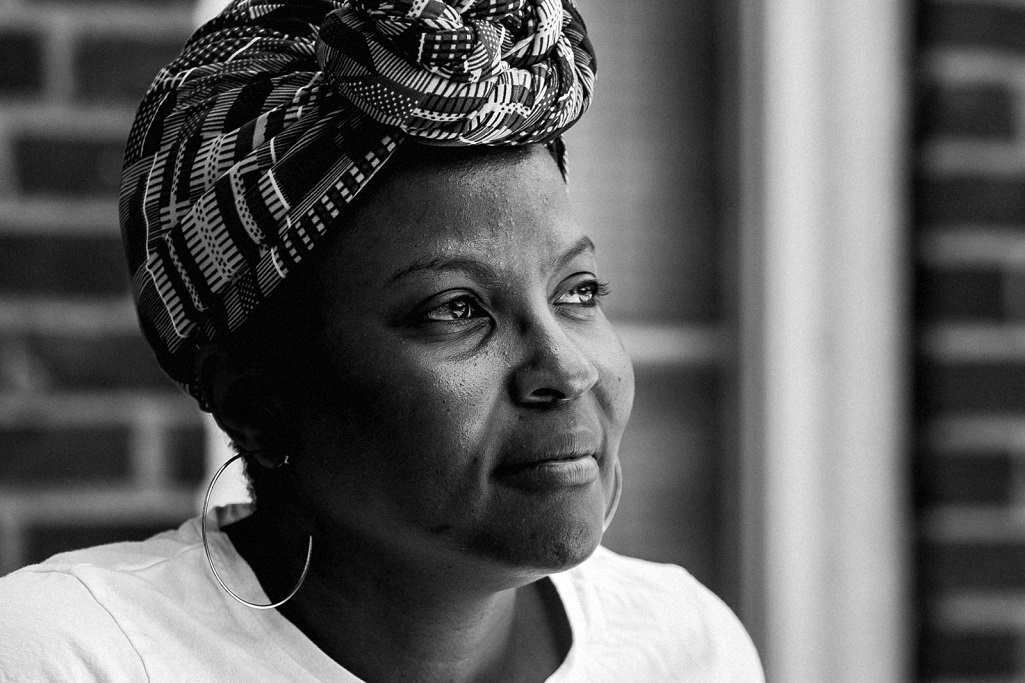 As the COVID-19 pandemic upended all of our lives this spring, Rachel Everett got together with photographer Tania del Carmen Fernandez to document how well Richmond is holding up. Their multimedia project is called #OnHoldAtHome.

In March 2020, COVID-19 disrupted the lives of people all over the world. From the fear of falling ill to the awkwardness of social distancing to the adjustment of working from home or losing a job, our normal routines were upended on many levels.

As a creative director, my business, like that of countless other non-essential workers, felt an immediate impact from the pandemic. Despite the downturn, or perhaps inspired by it, the desire to create was stronger than ever. My neighbor, fine art photographer Tania del Carmen Fernández, felt the same way. After a year’s worth of previously scheduled shoots was canceled, she was determined to find a meaningful way to remain productive.

At a social distancing gathering in our Fan neighborhood, it became clear the pandemic was affecting people differently. As a parent, Tania had the additional layer of complexity of trying to figure out childcare, while an immuno-compromised neighbor worried about exposure at the grocery store. We were all weathering the same storm, but we were definitely not in the same boat.

Given the varied situations just in our neighborhood, we knew more stories were out there. Therefore, Tania and I joined forces to create #OnHoldAtHome, a photo series documenting the hopes, fears, and lessons of Richmonders during COVID-19. As weeks turned into months, we expanded the project to feature people in other neighborhoods to better reflect our diverse community.

In May, the challenges of the pandemic were then met with the rise of protests over George Floyd’s killing, bringing the topic of racial and social inequality front and center. Richmond, former capital of the Confederacy, soon found itself in the national spotlight with public demands for removal of Confederate memorials, amidst the resurgence of the Black Lives Matter movement. On July 1, Mayor Levar Stoney ordered the removal of all city-owned Confederate statues, stating, “Richmond is no longer the Capital of the Confederacy – it is filled with diversity and love for all – and we need to demonstrate that.”

What began as a project to unite people through shared experiences of sheltering in place has now transformed into a powerful documentation of this historic time in Richmond. #OnHoldAtHome aims to provide a platform to help amplify voices and foster open, honest discussions on race, politics, and systemic inequality. It is our hope that by sharing stories, we have an opportunity to learn and grow with one another and ultimately, cultivate a kinder, more compassionate, and more empathetic society.

It turns out that community, human connection, companionship… that is what keeps me sane.

#OnHoldAtHome is currently made up of three distinct chapters:

The first of many COVID-19 cases is reported in Virginia. Governor Northam declares a state of emergency and extensive closures of schools and businesses begin. As we witness the number of cases exponentially increase each week, the dangers of the virus become evident. Face masks and social distancing become the norm, and residents are urged to stay at home as much as possible.

When times are tough, it’s important to help and be open minded to those around you.

Days blur into weeks. Weeks into months. By the end of April, the U.S. reports over 1 million COVID-19 cases. The U.S. economy shrinks by nearly 5 percent (the steepest drop since the Great Recession in 2008) and unemployment is at nearly 15 percent. While there’s a general restlessness, people also try to make the most of this rare time when the entire world is paused.

Having had COVID-19, I’m living proof that the virus is brutal and can harm very healthy people.

Chapter 3: Revolution In The Air (May 24-present)

After Memorial Day weekend, the country learns of the senseless killing of George Floyd by Minneapolis police. Protests erupt, and the Black Lives Matter movement sweeps the nation as well as abroad. In Richmond, Confederate statues are defaced and, eventually, most of them are removed. The pandemic remains, but the larger issues of racial and social inequality take precedence.

Racial and social inequality has always existed, but not many people (including those in power) were willing to discuss it…

Yes, we argue, but we also laugh more now.

The pandemic has given us a certain amount of appreciation for routine and our home.

This is an opportunity for us to search within ourselves and check for our own privileges.

Black lives have mattered for centuries, and will continue to matter in the future.

I do not think we will ever return to normal, but we are trying to live each day guided by hope and gratefulness.

The world has been at a standstill, with clear minds and hearts – the truth rises.

According to The New York Times, the U.S. has the highest number of reported COVID-19 cases in the world, now surpassing five million. As we make our way through the first wave of this pandemic, it’s clear the world has shifted and will never be the same. While no one knows what chapter is coming next, one thing’s for certain: there are stories that still need to be told.

To learn more about the photo project or to nominate someone to be featured, visit #OnHoldAtHome and follow the stories on Instagram at @OnHoldAtHome.

Top Photo: Angela Patton in a moment of quiet reflection outside her home. Patton is CEO of Girls For A Change, a non-profit youth development organization aimed at empowering Black girls and other girls of color. Photo by Tania del Carmen. All photos were taken with the necessary precautions and from a distance of 6+ feet.

Rachel Scott Everett is Co-Founder & Creative Director at EVERGIB, a nomadic creative studio specializing in strategically led advertising and branding. Since the 2016 election, she’s been a passionate resister, leveraging her expertise to raise awareness of, and advocate for, women’s rights and social equality.