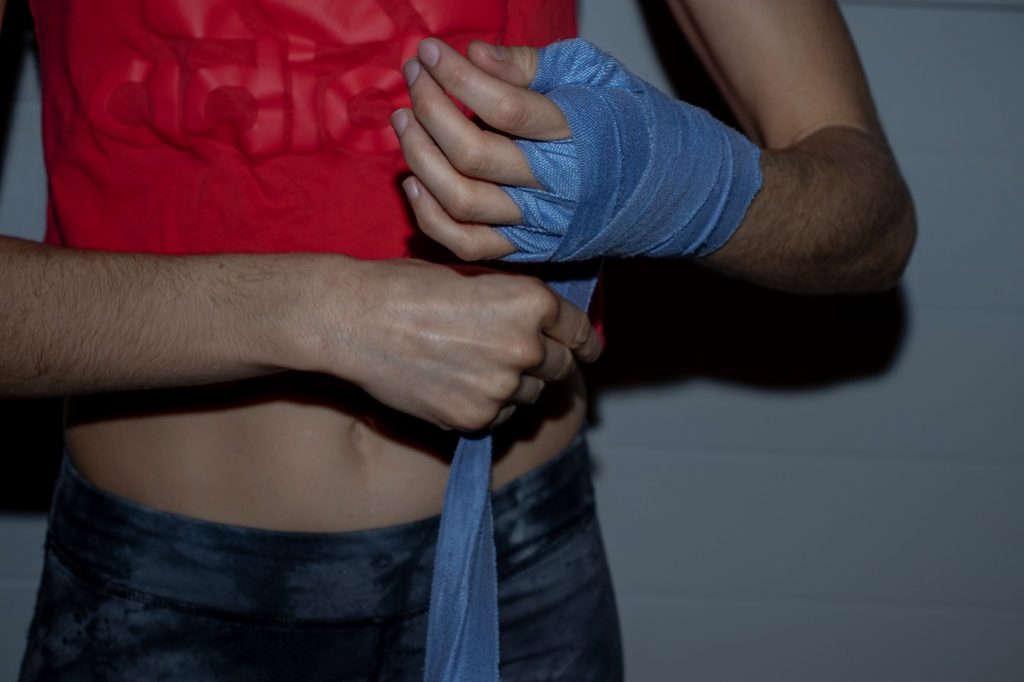 A figure walks toward the black curtains in the middle of a rodeo arena. Over the speakers, “Whoop That Trick” plays and an announcer bellows: “In the blue corner … fighting for the Titans of the Cage flyweight championship … from Richmond, Virginia … Tia ‘Jab Jab’ Jablonsky!”

Jablonsky, 29, walks down the aisle of fans cheering around her as she makes her way into the octagon. This isn’t Jablonsky’s first bout in the cage. She has more than 10 years of training and several fights in both Muay Thai and mixed martial arts under her belt, and is ranked 14th in Virginia. She hopes someday she can leave amateur fighting and make it as a professional.

“My main goal is to go pro when I’m 30, so by the end of this year or next year … it’s not really all about the money, but I put a lot of time and I’ve sacrificed a lot,” Jablonsky said.

Training since the age of 10, she has practiced in Muay Thai, hapkido, kickboxing, jiujitsu and taekwondo. She is a personal trainer and works at Bang Bang Kickboxing in Richmond, teaching children and adults. She earned a degree in exercise science from Virginia Commonwealth University in 2015.

“It gives me more confidence to do more things in life. I feel like if you’re preparing for a fight it makes everything else in life easy because it’s kind of a scary thing,” Jablonsky said. “It makes you grounded, makes you strong.”

In order to go pro, Jablonsky needs three more fights under her belt. The problem is finding opponents.

“When I was new, it was easier to find just anyone to fight,” Jablonsky said. “But when you start to get a record, some people don’t always want to fight you.”