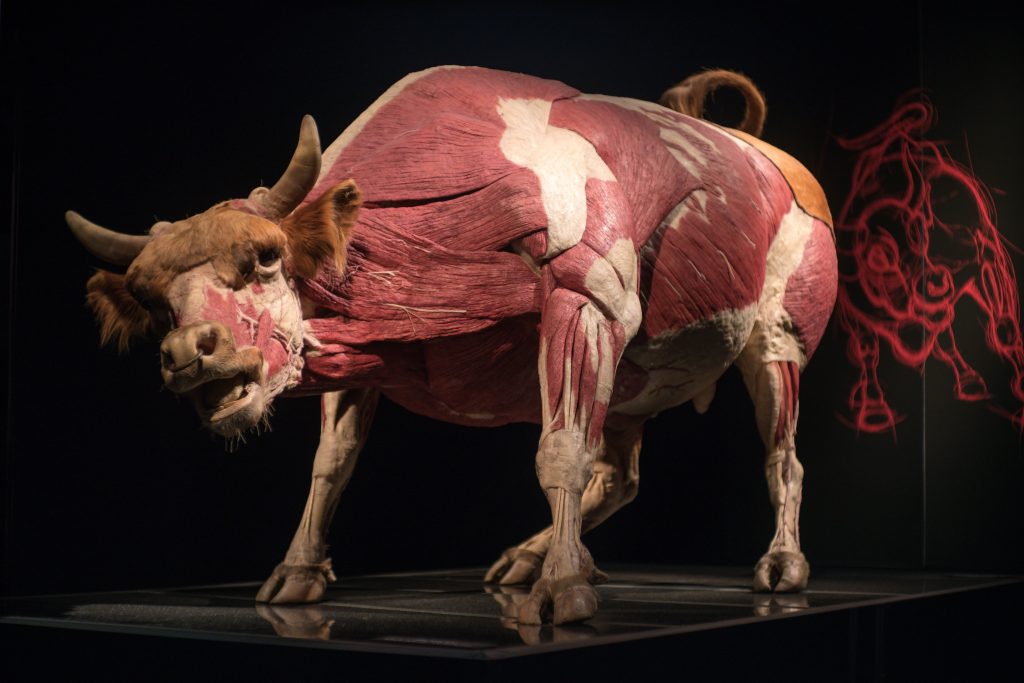 Referred to as an “anatomical safari,” The Science Museum of Virginia’s newest exhibit BODY WORLDS: Animal Inside Out forces the viewer to not only assess their own mortality, but marvel at the genius of nature. Viewers can explore what lies beneath the surface and see animals in their anatomical form such as giraffes, buffalos, reindeer, sharks, squids, ostriches, horses, among other natural oddities that have shaped our understanding of the natural world.

The science behind the exhibit is known as “plastination”, invented by German Anatomist, Dr. Gunther von Hagens,  who also created the traveling exhibit, BODY WORLDS. Originally, the exhibits contained renderings of dissected human bodies and other anatomical structures. Plastination is a process by which the body’s waters and fats are replaced with plastics, resulting in an anatomical rendering that doesn’t decay and preserves the unique form of the specimen.

RVA Mag took a behind the scenes tour of the Animal Inside Out exhibit, the creation of Dr. Angelina Whalley, seeing first hand the intricate craftsmanship and skill which went to preserving over 100 “plastinates” on display. These pictures only represent a tiny fraction of the collection, but are a powerful representation of our common evolution and the anatomies that link all creatures together both big and small.

Some of the best photos from RVA Mag’s behind the scenes tour can be found below:

BODY WORLDS: ANIMAL INSIDE OUT will be on display through Aug. 31.