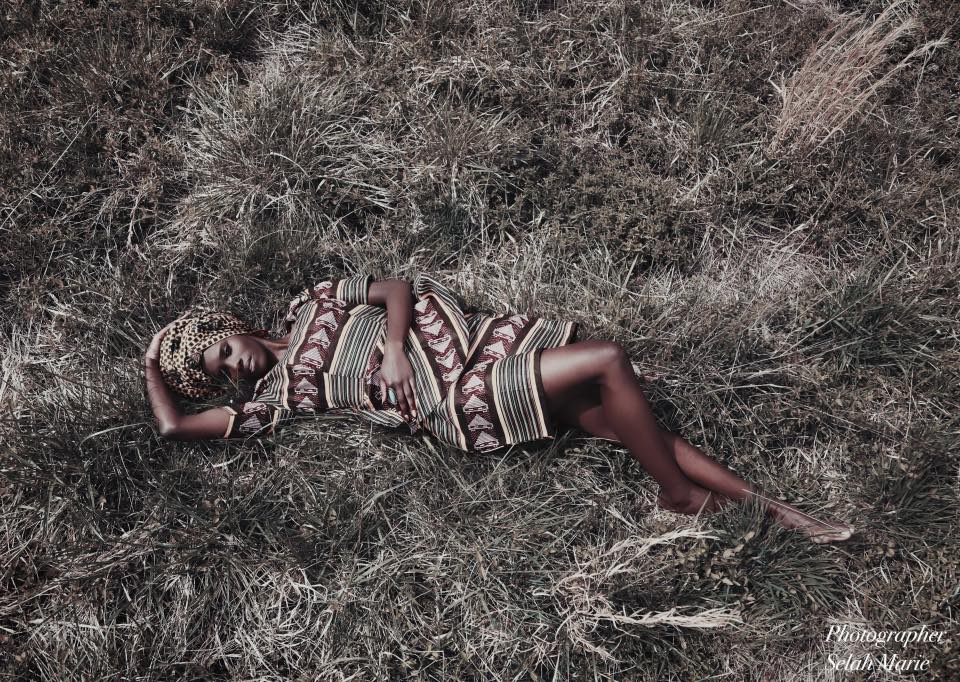 Richmond portrait photographer Selah Marie started out as a model, but it was only when she got behind the camera that she truly found her calling in life.

You never know what you’ll fall into. Even if you have a clear goal for what you want to do, things can happen that lead you in a different direction entirely. For Richmond-based photographer Selah Marie, this was definitely the case. When she realized modeling might not be her calling, she tried stepping behind the camera instead and found that it came naturally for her. The results were enough to make her forget about her original goal of fashion modeling for good.

“I always had a camera, ever since I was younger, and I’ve always taken pictures. But I didn’t find it to be my passion until 2015,” she explains. “I guess when I used to watch America’s Next Top Model and stuff like that, I wanted to be a model. But when I got in front of someone else’s camera, that went… not how I expected it to go. After looking at the images of myself, I was like, ‘Oh no, I can’t do this.’”

Marie found that her lifelong dream wasn’t what she was meant to do with her life. But she soon found a new passion, seemingly by accident, only landing on photography after she began playing around with a camera and wanting to learn how to shoot.

“Let me just pick up a camera and figure it out,” she says, describing her thought process at the time. “And then I just reached out to some models, and I was just like… shooting.”

While photographing individuals from the area, portrait photography gradually became a primary focus for Marie. Photographing a single person and creating unique photos became a discipline she wanted to perfect. It’s not her only interest as a photographer — there are other areas she hopes to dive into, as she explained.

“Oh my God, fashion. That’s one of the things I’m trying to get into, as far as practicing,” says Marie. “However, my comfort zone is portraits.”

While portrait photography is a common specialty in the world of photography, Marie differs from others when it comes to the ways she composes her shots. Natural props like flowers have become a staple of her photography, and she loves the aesthetic of film, although mastering it was challenging to her at first, because she had to learn how to recreate that aesthetic through digital means.

“[The models] were like, ‘Oh my God, did you shoot with a film camera?’ But no, I don’t have one,” she says of her process. “I would use the grains to add texture, because I wasn’t that familiar with Photoshop. So I would just replace it with grain to make the image look like it has more texture in the skin.”

Learning the skills of photographic composition was challenging enough, but one of Marie’s biggest challenges came from learning how to use the equipment she was given. While cell phones have made photographers out of everyone, understanding the high-end Nikons and Canons that professionals use can prove to be difficult at first.

“When I first started shooting in the daylight, the sun would be too much. So my images would be overly exposed,” she says. “I was like, ‘Oh my God, what is going on here?’ That was one of the hardest challenges for me, trying to shoot daylight. [For a while,] I was really stuck in the studio.”

Marie eventually mastered adapting to changing surroundings, and has since branched out of portrait photography, capturing graduation and wedding photos.

“I’m just now starting to let people know that I do more than what they see on my main page. I just started putting up the graduation photos and engagement photos, because I want people to know that I do everything,” she says. “I’m a creative photographer, but I can do your engagement shoot.”

While it was never her original goal, these days Marie hopes to build a future for herself in the world of photography, and she’s even thinking about moving into the world of video.

“I do see it being long term,” she says. “I can’t go full time [yet], but I do see that down the road. I also see me being behind the scenes of movies, sharing my ideas with directors and seeing the things I create inside the movie. That’s one of my other goals as well.”

Photography doesn’t come easy when you just happen to fall into it, but Marie has been lucky to do something with her work that is not only beneficial for the people she shoots, but for her as well. Marie knows that her photography not only helps those in front of her camera open up, but gives her the creative outlet to express herself as well.

“Everybody tells me the same thing: how I make them feel when they’re in front of my camera,” she says. “They will tell me that I make them feel more confident than ever in front of a camera, or even away from it. Like, I made them feel so beautiful. And then, when I show them the image, they’re like, ‘Wow, I can’t believe she made me look like this.’ Just to see the smile on my client’s face or a model’s face, their reaction lights up my world. That’s my favorite part — that’s what keeps me going.”

All photos by Selah Marie

At high-speed or on the street, Richmond photographer Wayne Hunter captures the unique aspects of each car in his lens.  The sun... READ MORE

Protests around the city, and into surrounding counties, have continued on a daily basis throughout this week. Here's what it looks like... READ MORE