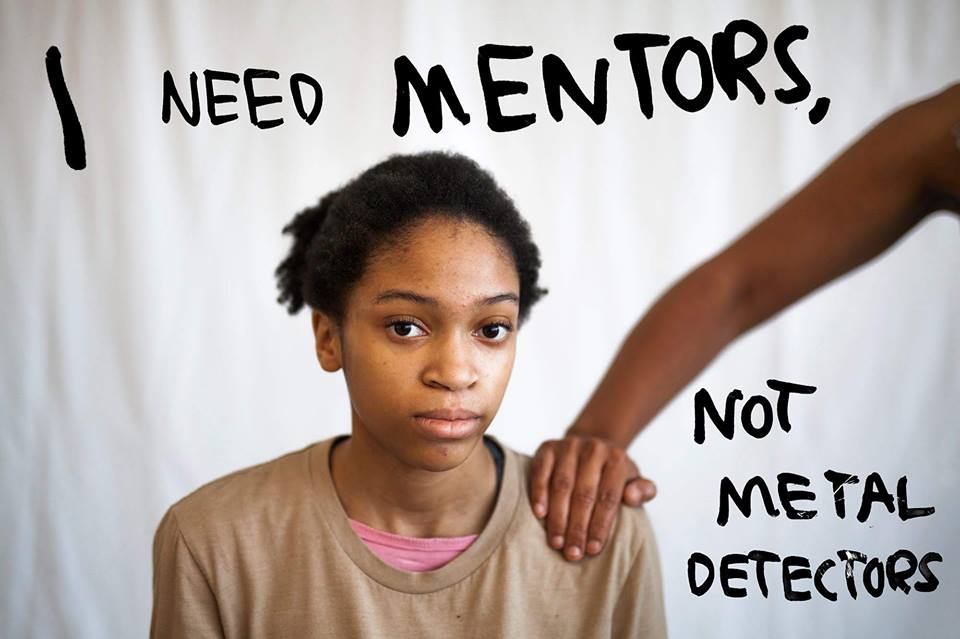 When people look at iconic activists like Audre Lorde, Maya Angelou, Huey P. Newton or Malcolm X, they must remember that they, at one point, were inexperienced, young, starry-eyed and hungry for change. Many don’t get to see the birth of an activist, but I’ve had the pleasure of watching one blossom into their own.

Most 16-year-olds aren’t writing articles for the ACLU of Virginia, planning to help lead a parade centered around juvenile justice, or interviewing Black Lives Matter (BLM) co-founder Patrisse Khan-Cullors. 16-year-old Stephanie Younger is: and this is only the beginning.

Originally from New York, Younger defines herself as a womanist, youth-prison abolitionist, and a girl who loves to code. Younger first got involved in activism when she saw news coverage of unarmed black men experiencing police brutality. She wanted to speak out about issues like this, and other forms of violence that affect the black community at disproportionate rates.

It is difficult to be outspoken about controversial topics during this political climate, and especially so at a young age. Protecting youth and combating racism are important issues to Younger, who has encountered racism herself in school. 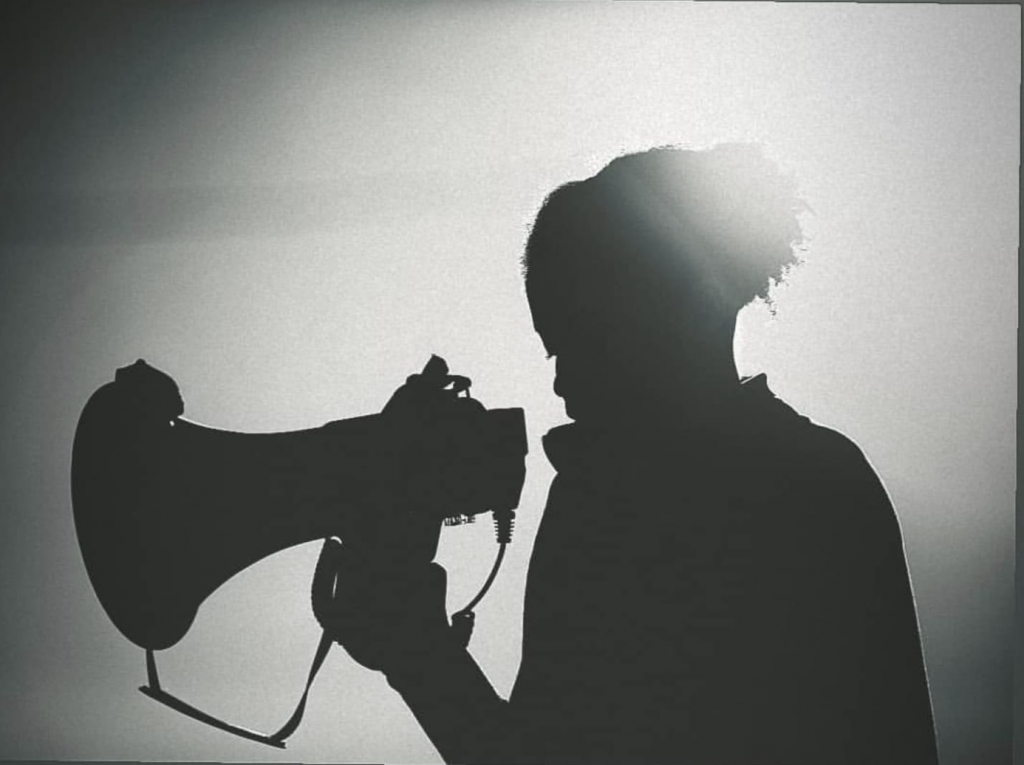 “I’ve been called the N-word and a monkey. My peers would touch my hair without my permission, and exclaim how gross and ugly it was,” Younger told me. “In the fourth grade, three teachers accused me of threatening a white girl simply because we didn’t get along. On that school’s robotics team, I would obtain negative attention — or no attention at all — from my coaches. When I shared these experiences with other people, I was told that they’re no longer valid because ‘it was in the past,’ even though those experiences influenced my identity and my advocacy for black folks.”

Despite these painful experiences, Younger has channeled her energy into positive means to uplift her community.

Younger created a project, Angela Davis’ Black Girl Coalition, inspired by Davis’ advocacy for prison abolition. The coalition is based at Girls For A Change, a non-profit organization whose mission statement is “to empower black girls and other girls of color visualize their bright futures and potential through discovery, development, and social change innovation in their communities.”

Younger’s project aims to work with school districts in Virginia to provide alternatives to the school push-out and school-to-prison-pipeline, such as mindfulness and conflict resolution.

The Civil Rights Data Collection showed black students are four times as likely as their white classmates to be suspended from school. In a report done by the Urban Institute in 2017, black youth make up less than 20 percent of Virginia’s youth population but account for 43 percent of juvenile intakes, 56 percent of detainments and 71 percent of admissions to direct care.

Through her project, Younger connected with RISE For Youth which is a nonpartisan campaign in support of community alternatives to youth incarceration.

Younger believes that youth incarceration and the school-to-prison pipeline must be taken seriously since at one point Virginia led the nation in referring students to the police.

“America was built on the foundation of the enslavement of youth, specifically black youth. We are often taught that slavery against black youth ended after the Civil War, when it actually evolved into youth incarceration,” Younger said. 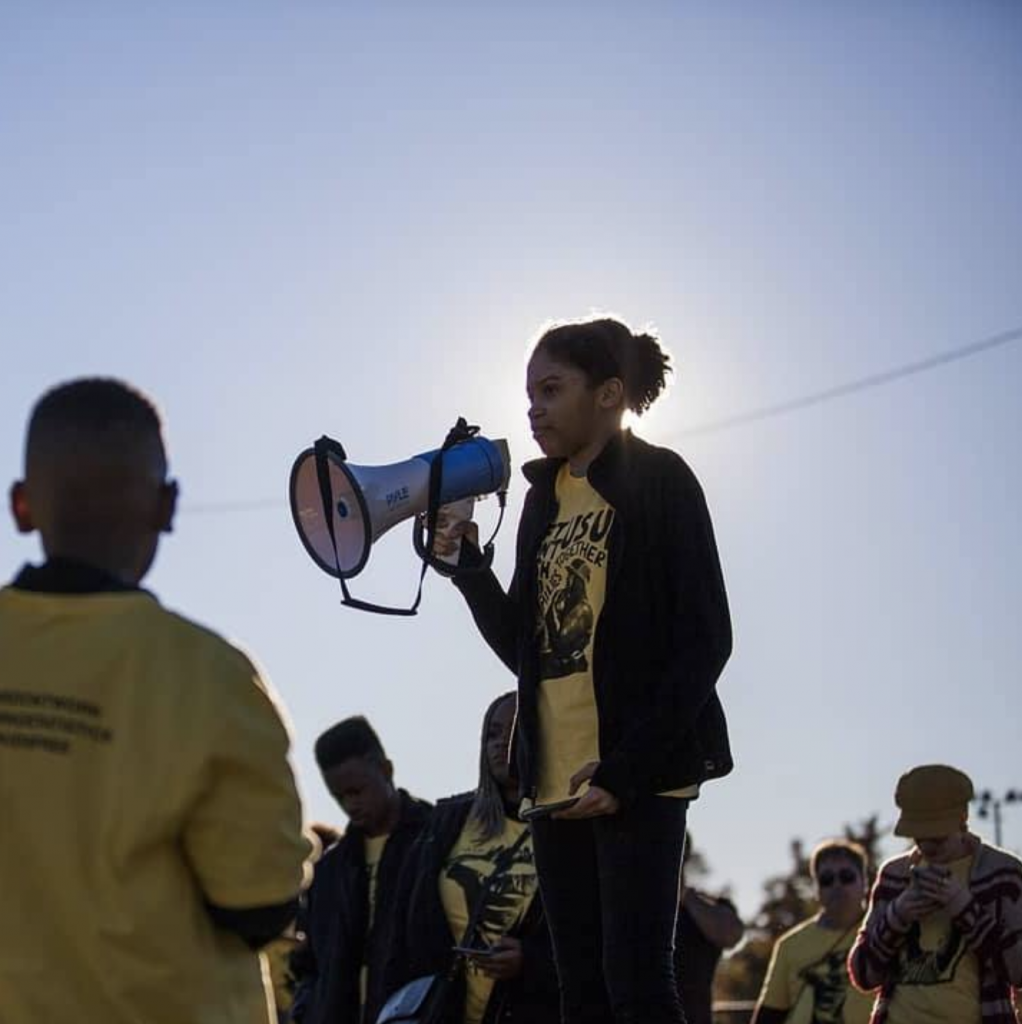 Younger has created her own blog, called the Black Feminist Collective, inspired by Kimberle Crenshaw’s Theory of Intersectionality and Alice Walker’s Definition of Womanism. Younger has written many articles on her own website, has an article published on Afropunk, and has been interviewed by NBC12 and Community Idea Stations.

After speaking at a March For Our Lives demonstration in Richmond, and writing an essay on black girls’ voices in the fight against gun violence, the ACLU of Virginia invited Younger to the ACLU National Membership Conference. It was there that Younger had the opportunity to interview one of the founders of BLM, Patrisse Khan-Cullors.

For Younger, the passion for being an activist is rooted in making the world a better place: by challenging racism, sexism, homophobia and other forms of oppression.

Although high-school graduation and college are a few years away for the teen, she has specific goals in mind. Younger wants to become a software engineer, involve more young black girls in STEM, and eventually write for a publication like Teen Vogue.

The state of America’s political climate seems bleak at times but there are beacons of light like Younger who are striving to push back against the oppression in this world.

“Even though we can’t vote, young people — especially young black people — have been leading the fight to end gun violence, LGBTQ+ liberation, voters’ rights, and feminism. Black youth are the catalysts of social and political change.” To keep up with Younger visit her websites, The Black Girl Coalition and Black Feminist Collective.