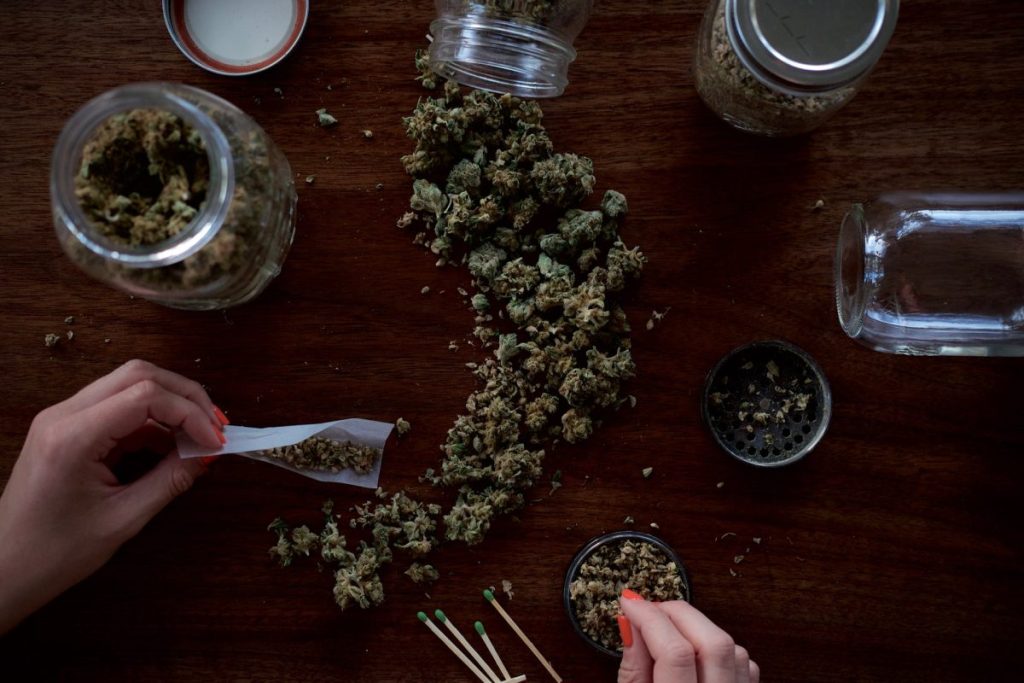 The House earlier this month passed a bill legalizing marijuana nationwide, and now the focus shifts to the Senate to see if the Democratic majority passes similar legislation.

The House bill was approved on April 1 by a 220-204 margin, with three Republicans voting in favor and two Democrats voting against it. The action marks the second time the House has passed legislation legalizing marijuana across the country.

In an April 5 press conference, Senate Majority Leader Chuck Schumer, D-New York, said that he hopes to bring up comprehensive marijuana reform towards the end of this month.

Schumer also said he was talking with Democratic Sens. Cory Booker of New Jersey and Ron Wyden of Oregon, as well as a few Republicans, to see what they want in potential legislation.

But the likelihood of the Senate passing comprehensive legislation is low, according to Morgan Fox, political director of the National Organization for the Reform of Marijuana Laws (NORML).

“Cannabis (support) is not universal, even among Democrats, let alone Republicans, who tend to lag much farther behind on this particular issue,” Fox told Capital News Service. “As of now, there hasn’t really been any substantive conversation about comprehensive cannabis policy reform at all in the Senate.”

NORML is one of several marijuana advocacy organizations that have been active on Capitol Hill supporting federal cannabis legislation.

Fox believes that the Senate will prove a tougher challenge than the House because many senators are older than their House counterparts and have a generational prejudice against marijuana.

“The average age of the Senate falls within the age demographic that polling has shown to be the least supportive of cannabis policy reform or legalization,” Fox explained. “A lot of that is because of generational education… It’s really just a matter of educating senators and their staff about the issue and providing them with the most up-to-date data and information about how states are successfully regulating cannabis.”

“We have a large majority of both Republican and Democratic voters who support legalization,” he told CNS. “Lawmakers tend to be some of the last people to get the memo on this. It happens at the state level as well, it’s just happening on a larger scale at the federal level.”

Another potential roadblock to passing marijuana legalization, according to Lindsey, is the hyper-partisan environment in the Senate.

“The challenge with proposals that have been put forward is getting the bipartisanship needed for their passage,” he said.

“For instance, there are legalization bills that have been put forth by Republicans. It’s not very likely we will see a lot of Democrats signing on,” Lindsey said. “It doesn’t mean that they don’t like legalization, it just means we live in a really partisan environment that factors how much support you get on these bills.”

Rep. Dave Joyce, R-Ohio, was among those who voted against the House bill.

“By failing to establish a regulatory framework upon ending federal prohibition, targeting expungement relief to individuals with federal records, and further polarizing this issue rather than building the foundation necessary for bipartisan buy-in, the MORE Act is a messaging bill at best and at worst, irresponsible,” he wrote in an op-ed for Marijuana Moment.

The office of Sen. Chris Van Hollen, D-Maryland, said that “the senator looks forward to reviewing the legislation when it comes under consideration in the Senate…”

The office of Sen. Ben Cardin, D-Maryland, did not respond to a request for comment.

President Joe Biden has stopped short of supporting legalizing marijuana at the federal level. As a candidate, he said marijuana should be decriminalized and criminal records for marijuana possession should be expunged.

The powerful American Medical Association is among the opponents who have cautioned against legalizing marijuana.

“The science about the benefits of cannabis is limited, while the available evidence demonstrates that legalizing the adult use of cannabis poses a threat to public health,” former AMA President Dr. Susan Bailey wrote on the organization’s website a year ago. “Our AMA does not support legalization of cannabis for adult use until additional scientific research has been completed to fully document the public health, medical and economic consequences of its use.”

Even so, better than two out of three Americans — 68 percent — support legalizing marijuana, according to a November Gallup poll.

Maryland voters will decide in November whether cannabis should be legalized for recreational use.

If the Senate ended up passing comprehensive marijuana legislation, it would not change any state laws regarding cannabis regulation, Fox said. This means that states that restrict cannabis could continue to do so.

However, federal legislation could remove cannabis from being considered a Schedule I Controlled Substance, which is defined by the Drug Enforcement Agency (DEA) as drugs with “no currently accepted medical use” and “a high potential for abuse,” including heroin and ecstasy.

“I expect that there will still be a handful of states that continue prohibition well into the future, unfortunately,” Fox said. “But, when they start seeing law enforcement and public health savings, job creation and tax revenue, and social justice benefits, I would hope that those states will start fast-tracking legislation for modern cannabis regulation.”