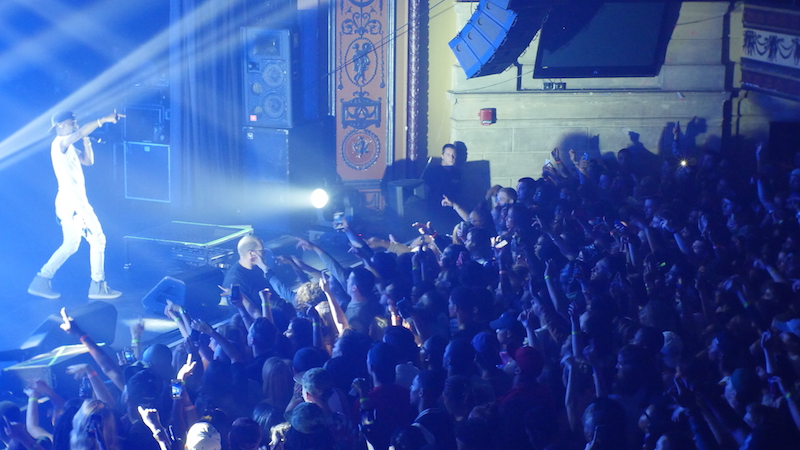 Its a powerful thing, and, in practice, almost as powerful as if not stronger than actual knowledge it self. So when I had the opportunity to go see Big Sean and Casey Veggies, and tell you about it, I was excited.

Because I don’t like Big Sean and I have no idea who Casey veggies is, but I hate his name.

Now I will admit, Big Sean’s latest album, Dark Sky Paradise, was actually very good. I only listened to it back when it came out because I don’t like him, and what I found was undeniably good, though admittedly not for me.

So what about this Casey Veggies person?

Well I figured I would check out his latest release, Life Changes, and see what he brings to the table. He’s from out west, young, with some pretty laid back stuff, I could tell he’s still growing as an artist and his latest single “Backflip” is doing well right now and is a lot more accessible. It also has both Iamsu! and the even more well known west coast artist YG on it.

So anyway, I got to sit down with Casey Veggies before he went on and we talked about his current career, who he is, and where he’s headed. I found him to be a cool dude, really no different than anyone else I’ve encountered in my Hip-Hop life, and seemingly under loads of pressure. 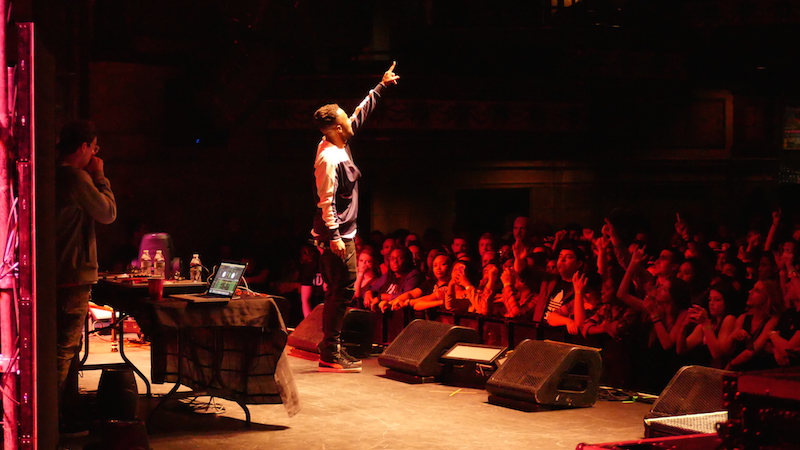 And I was no longer was bothered by his name.

His DJ, DomBeets, was also very cool and surprisingly, his parents came to the show and joined us for a moment. It was good to see he’s surrounded by real people instead of the usual hangers on that fame comes with.

So on to the show.

After DomBeets did his thing and warmed the crowd up for about 15 minutes Veggies ran on stage and got straight to it. After his first song, which he used to formally introduce himself to everyone, he proceeded to tell the soundman to get his mic right with the help of the crowd, then got back to it.

I must say, for an artist who came across as pretty laid back he put a lot of energy and excitement into his set. I was glad to see that the crowd was familiar with a lot of his material and very responsive; Richmond showed love.

At one point he managed to wedge himself halfway between the stage and the rampart, with his back in the crowd, as he performed and rando’s took selfies with him, it was cool and good to see he was really down to get in the mix. He literally ran through songs such as “She’s In My Car” and “Everything Wavy.” He had everyone do the obligatory cell phone wave, and closed things out with his single “Backflip,” which sounded great on The National’s sound system.

It really had a presence and served as the perfect punctuation for his set.

After that there was a brief intermission that I used to go check the crowd out a bit and do my Black Liquid thing, then headed up to VIP since it was time for Big Sean to come out.

What was interesting about this was the production value. 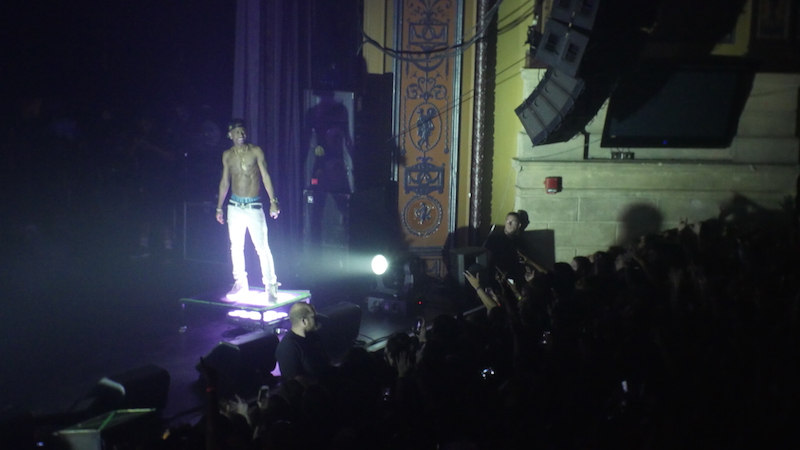 Big Sean’s live band and DJ were hidden for most of the show behind a large set of panel screens that serve as the imagery and lighting. The displays were was largely themed behind the premise of ‘the dark sky,’ seemingly in line with the album of the same name.

after his DJ, DJ Mo Beatz, got everyone warmed up, the band went full on into the Mike Will Made It produced “Paradise” and out of nowhere Big Sean appeared on top of the wall of screens and just snapped.

I gotta admit, I was very impressed.

He then walked down what seemed to be some steps and came around the screens to deliver the songs even more ridiculous verse acapella.

Now I’m not that familiar with his music, so I can’t give you a slew of song titles, but he went into what was as he described as “the mixtape shit.”

He also did some songs off the new album, some of his more happy, pop sounding records, and it became clear it was gonna be a long set. So long that at one point BCMusic1st said “I forgot he had so many hits…”

Despite the length of the set, Big Sean didn’t miss a beat, though he did hide behind a vocal track a bit for some of the more RnB sounding records. He handled most of the show himself with the help of DJ Mo Beatz filling in spaces, sometimes mid bar. This was a very polished performance, which at one point featured a back and forth exchange between the two as they ran through “Burn” where Big Sean pretended to slam dunk a basketball and all the lights went out.

I know, it sounds silly, but visually it was very well executed.

At one point the mascot for the Detroit Red Wings joined Big Sean on the stage for some choreographed dancing.

Big Sean’s band was also incredible. He closed the set out with his single “IDFWU” and did the outro from his album for the encore the crowd demanded, which like everything else was great.

But what really convinced me that “you know what, this guy isn’t that bad at all” was this: During the show, and at the end of the show he made a point to tell people: “You’ve got to follow your heart. If you have anyone in your life who isn’t willing to go with your heart, who isn’t positive and doesn’t believe in your dream, get rid of them. Believe in yourself, and thank you for believing in me.”

That’s as real as it gets, and with that, it was over. Oh and in regards to my bias, am I now a Big Sean or Casey Veggies fan, musically… perhaps; but as people and performers, definitely.