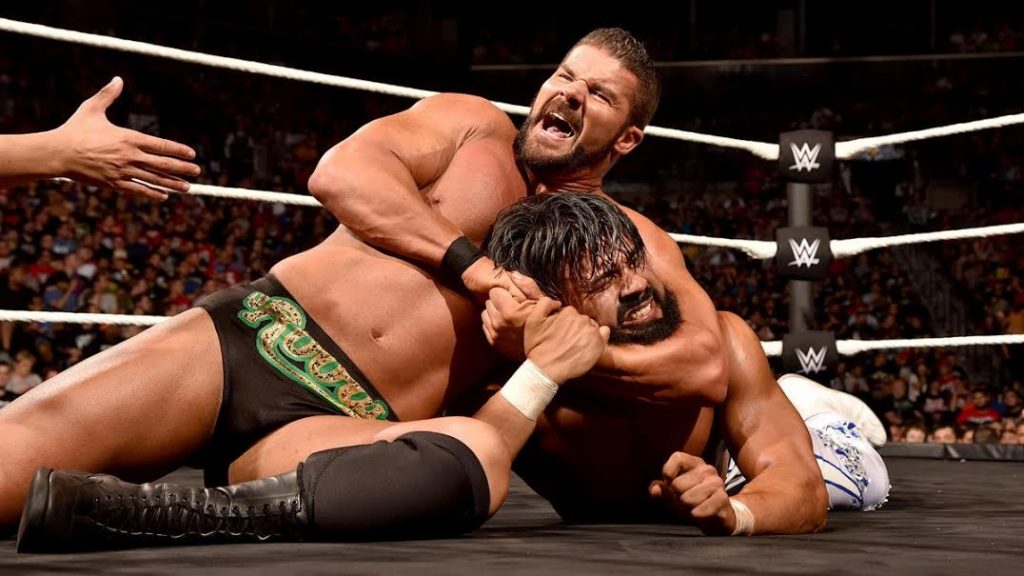 It doesn’t take long to become one of wrestling’s most popular attractions, and there have been few superstars who have shown this better than NXT‘s own Bobby Roode.

It doesn’t take long to become one of wrestling’s most popular attractions, and there have been few superstars who have shown this better than NXT‘s own Bobby Roode.

The eighteen-year veteran, previously known for his many successes in TNA Wrestling, debuted on NXT television at the beginning of August and has since become one of the developmental brands hottest superstars, surpassing even most of WWE’s main roster superstars that compete weekly on RAW and SmackDown Live. Fans and pundits alike were caught off guard by his neo-traditional character that Roode portrays with alarming conviction. An old-school in-ring style collides with a viral musical element, making him someone uniquely equipped to bring an audience through the range of emotions and excitement wrestling has always been known for.

Few could have predicted Roode’s ascension, but most would agree there are few wrestlers as deserving and talented as the Toronto native, whose window with WWE was thought to have closed only a few years ago. With perhaps the biggest upswing of any superstar currently signed to WWE, the sky is surely the limit for him even as he approaches the twilight of his career. Before last night’s NXT live event in Norfolk, VA, we caught up with Bobby Roode and he briefly talked to us about his recent transition to WWE and his thoughts on the whirlwind popularity he’s experienced so far.

It’s been an eventful year from you going from TNA to WWE. TNA was such a big part of your career though. Was it hard to come to the decision to leave?

In a way, I guess I’m pretty fortunate. Everything seems to happen for a reason. Obviously for the last couple of years in TNA, there was a lot of ups and downs. A lot more downs than ups, which was really one of the reasons I decided to go. At the end of the day, TNA was always very good to me and at that time, it was just time for me to move on.

So far it seems to be working out for you as you’ve become one of the most popular wrestlers in NXT, and maybe WWE too. How much of the new character is your creation? Obviously, your theme song has a lot to do with it and building that aesthetic, but how much input and control do you have over it?

I had a song that was picked out that was different than the “Glorious Domination” that everyone is familiar with now. Triple H came to me and said the song I chose originally really didn’t fit the character that he saw. We talked in great lengths about how I wanted to portray myself as a character. I wanted to bring back the robes and wanted to kind of go back to the character I portrayed before. The “Glorious Domination” song was created for someone else and it just happened to be there, not being used, and I got to listen to it. It was obviously very different from the song I chose originally, but Triple H was a fan of it, I was a fan of it, Michael Hayes was a fan of it, a lot of people were fans of the song. I thought, “Hey, why not? Let’s give it a whirl.” The song itself took off and delineated the entrance and character and everything. That entrance at Brooklyn… obviously I had a lot of great creative minds helping me out there, but honestly, once I’m out there, I just kind of do my own thing. I just felt the music if that makes any sense and kind of just fell into my character. Everything just flowed.

What have you changed about your in-ring style coming into NXT?

I haven’t changed anything to be honest. I guess, the way that I work in the ring has never changed from a traditional style. It’s been working for me the last 15 years in this business and if it isn’t broke, don’t fix it. I’ve brought the mentality here and so far, so good.

So the big change is just the character then, that is more in line with that in-ring style?

Yeah, and a bigger audience too. You put all of those things together and you become… I don’t know if popular is the right word to use, but I guess high in fan awareness. It’s something that I really enjoy so far and everything’s going really good.

How important was the Glorious Bombs videos done by Johnny Gargano and Tommaso Ciampa to creating awareness for your character? Obviously they created that spark for you early on. 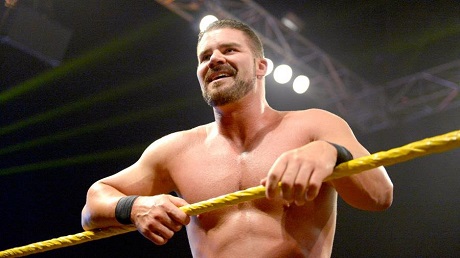 Absolutely. Everything little thing that helps is great, especially when you’re just getting started here. I’m down here, still getting my feet wet and learning the different things in WWE. Everyone has been really great, but Johnny and Ciampa, those Glorious Bombs were done basically as a joke. The first one we did was for fun, but then we went out on social media and then people were retweeting it and it just caught fire. It became very popular and obviously it helped out with the song because with every Glorious Bomb that was seen out there in the world, the song was played so the song became very popular and obviously will help me become that much more popular.

NXT is WWE’s own developmental territory, but at 39 and wrestling since 1998, how do you envision your role there surrounded by all of these rookies, so to speak?

When I came to WWE, all I wanted was an opportunity and it gives me an opportunity so I’m having a great time in NXT. As far as a developmental territory, I’m not too sure of that. I mean, I guess in a way it’s fair to say that, but in another sense, NXT is its own brand. If TakeOver: Brooklyn II was any sign where you have almost 15,000 people in a sold-out arena for a “developmental” territory — [that’s] pretty impressive. I’m sitting here in Norfolk, VA now getting ready to do a live event. We’re a touring band, we have a television show, we’re doing TakeOvers, we’re travelling next month to Japan and New Zealand and Australia. As far as I’m concerned, NXT under the WWE umbrella is the hottest brand.

You’ve mentioned TakeOver: Brooklyn II a few times now. How would you rank that entrance and moment in your career?

It’s up there. Definitely up there. Obviously coming to WWE, you never know what to expect. I just wanted an opportunity, but it far exceeded what I ever expected. That entrance and the song and the people, over 15,000 singing along to every word of your song, the big reaction, the feeling was electric and it was a great night for me. If you asked me today, it’s probably the best moment I’ve ever have. It’s almost like a feeling of acceptance. That was my debut in NXT and WWE too, and it couldn’t have gone any better.

Finally, there are a ton of impressive wrestlers in NXT at the moment, many that you’ve crossed paths with in the past. Is there anyone you’re excited to get a chance to get in the ring with at the moment?

The performance center in Orland is unbelievable. There are so many guys down there right now that are so good and getting ready to debut on television and have such a huge upside in this business. A couple of guys come to mind, but one guy for sure is Riddick Moss. He’s such a big talented guy and he’s got a great look and I believe he’s in the Dusty Classic teaming with Tino Sabbatelli and people are going to see these guys. Tino Sabbatelli is another guy who’s extremely athletic with an NFL background and he’s got a huge upside in this business. There a bunch of guys down there that I’m chomping at the bit to get in the ring with, but obviously if you’re asking me who I want to get into the ring right now, it’s Shinskue Nakamura as our champion. No question.

NXT comes to the Altria Theater tonight with Bobby Roode, as well as NXT Champion Shinskue Nakamura, NXT Women’s Champion Asuka, Samoa Joe, Austin Aries, No Way Jose, and more. Tickets start at $22 with the doors opening at 7:30 PM. For more information on the show and where to buy tickets, click here.