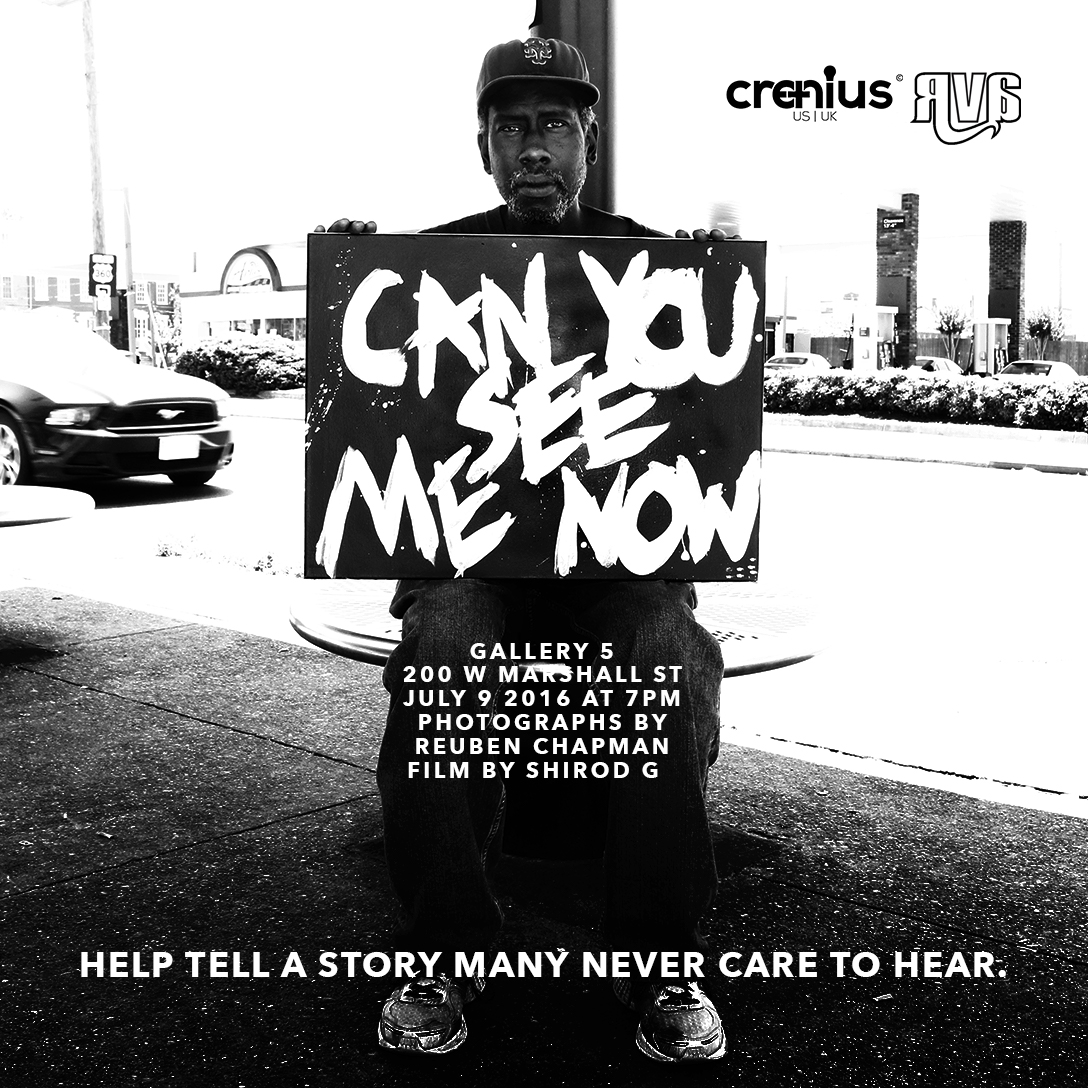 Richmond is haunted by thousands of downtrodden and lost souls. These seemingly transparent figures drift morosely through the city, utterly unacknowledged and abandoned by everyone around them. You can see them if you choose to, and if you listen carefully you can hear them when they ask, “Can you spare a dollar?”

Richmond is haunted by thousands of downtrodden and lost souls. These seemingly transparent figures drift morosely through the city, utterly unacknowledged and abandoned by everyone around them. You can see them if you choose to, and if you listen carefully you can hear them when they ask, “Can you spare a dollar?”

The homeless. We see them everywhere, and yet they are ignored everywhere they go. It’s easier, even comforting, to allow our eyes to slide past the them like they aren’t there. Like a person, a person with a life as vivid and real as your own, isn’t there.

In an effort to force the public to acknowledge the existence of the homeless population that surrounds them, an creative agency called Cranius is presenting a gallery event called “CanYouSeeMeNow” which aims to bring the stories of the homeless to life through visual art.

The gallery showing will be held at Gallery 5, located at 200 W Marshall St, beginning at 7PM Today, July 9th.

Cranius collected ten signs from homeless individuals and exchanged them with ten signs commissioned by various visual artists, each reading “CanYouSeeMeNow” but individualized by the influence of the artists. The signs from the homeless will be on display at the gallery with stories and pictures adjacent to the signs. 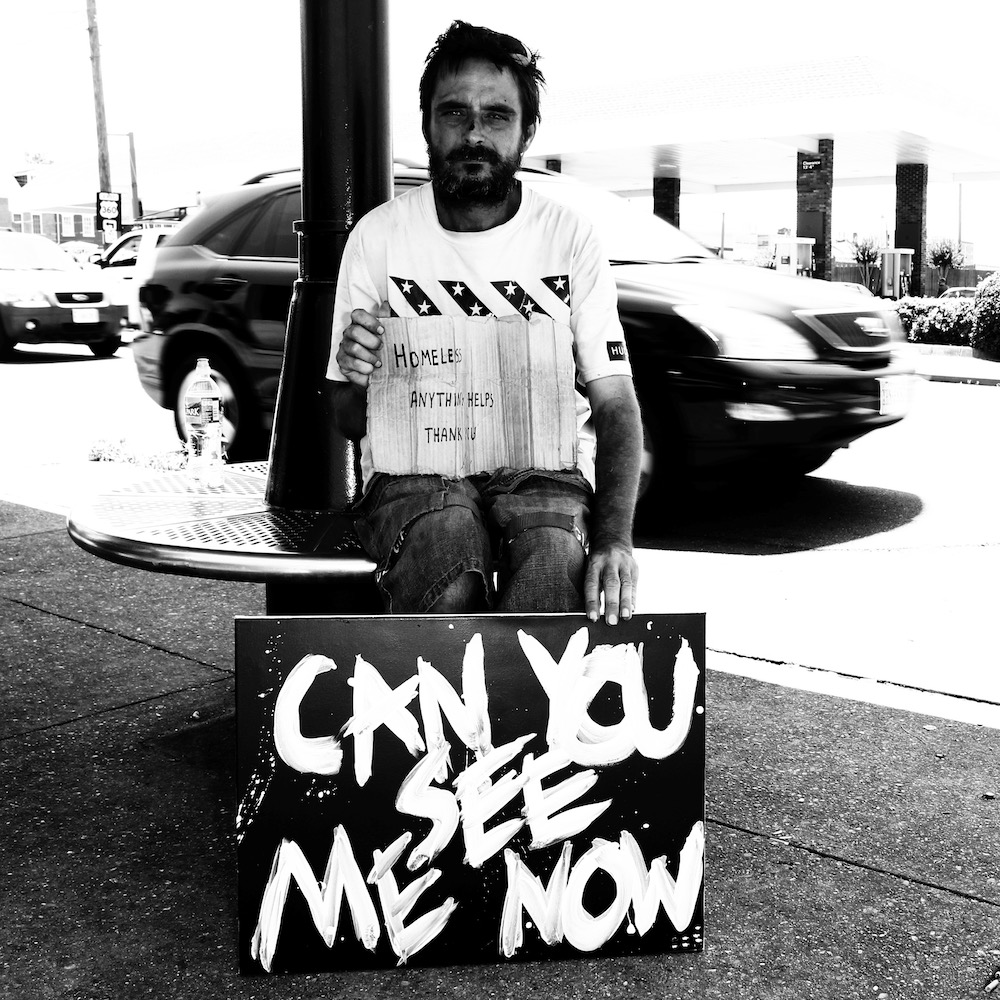 “We’re calling people into action to stop ignoring the ongoing effect of homelessness and poverty and we’re using art mainly because we’re a creative agency but also we noticed that Richmond is in love with art,” said Rosetta, CEO of Cranius.

The message of “CanYouSeeMeNow” is meant to continue to spread through community engagement with the homeless individuals that received a commissioned sign, as long as they continue to display them.

With the help of photographer Reuben Chapman and videographer Shirod Greene, Rosetta spent two months visiting random street corners, gas stations, and underpasses searching for homeless people to share their stories. They discovered that though the general population neglects the homeless, or perhaps because of it, the homeless help each other survive whenever possible.

“Whenever they get something it’s ‘we’ have it, it’s a lot of using the pronoun we, it’s a lot of sharing that goes on we’ve noticed that when we give them food they make sure everyone has some of it,” Rosetta said.

The trio would approach homeless people and ask their permission to be photographed, before asking one of two questions: What do you want people to see when they see you? What do you want to share with the world?

Many homeless people participated just to feel noticed and important, in the opinion of the photographer, Chapman.

“You kind of get a more personal relationship with them and seeing how easy it is for anybody to slip into that type of lifestyle just with circumstances,” said Chapman.

Rosetta remembers one homeless man in particular that touched his heart, perhaps because said he earned a bachelor’s degree in psychology. His name is George and it was clear to Rosetta that he suffered from some kind of mental health disability when they spoke.

“And that kind of touched me just because his mindset even at the lowest point in his life, even with his mental health disability he still had such hope and a goal to live like a king, pretty much like any human should live,” Rosetta said.

The gallery is open for one night starting at 7pm, but Cranius plans to continue the project and expand it to other cities. The photographs and signs are not for sale, but Cranius will be collecting donations of food and water at the gallery to be distributed among the homeless.

Cranius also designed a “CanYouSeeMeNow” t-shirt, the proceeds from its sale will be donated to a currently unspecified homelessness charity, available for purchase at booster.com/canyouseemenow. 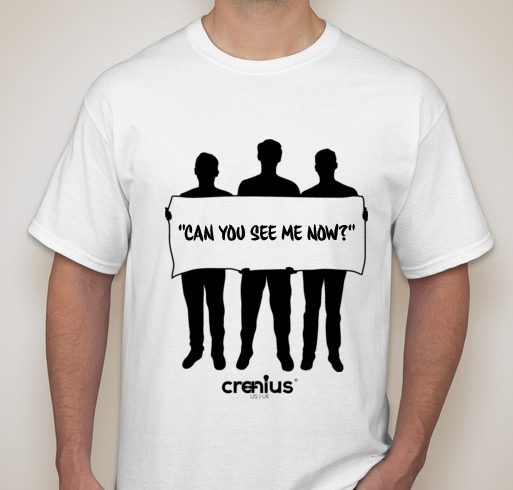 “It’s exciting but it’s also challenging as well because no saying that we necessarily have a responsibility but we do want to make a change,” said Rosetta. “Even if the change is simple, even if we make someone’s day by listening to their story. That’s really what it comes down to, we’re thinking on a micro level not really on a macro level so far.”