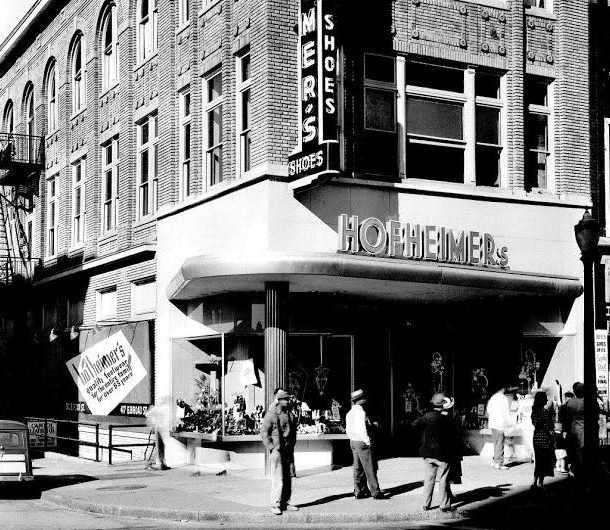 Despite decades of fading paint, cracking windows and shoddy improvements, the towering buildings of Richmond’s Arts and Cultural District hold thriving businesses and promising potential. To help revitalize these historic properties and beautify downtown, the City of Richmond is offering $550,000 to help owners restore the facades of their buildings.

“Rehabbing that historic building stock there and revitalizing the facades will have an incredible beautification impact on the district,” said Kathleen Onufer, a planning management analyst and staff assistant to Mark Olinger, director of Richmond’s Department of Planning and Development Review.

The Façade Improvement Grant program provides eligible property owners with a matching grant to cover half the cost of renovation, according to a city released documents. Applications were accepted on a first-come, first-serve basis at the beginning of this year, Onufer said. In addition to the $450,000 originally appropriated by City Council, Richmond-based Altria Group donated $100,000 to the project at the beginning of this month.

So far, four people have applied for funding, including Matthew Bauserman, owner of 300 East Broad Street, located at the intersection of 3rd and Broad. His property sits catty-corner to the Central National Bank building, an Art Deco skyscraper being renovated into upscale apartments.

Built in 1913, 300 East Broad housed a Hofheimer’s Shoes store for many years, along with an assortment of other retailers, said Bauserman, who bought it last summer. The building is sturdy yet charming, with three airy floors and a spacious basement. However, many of its nearly 100 windows have rotted, Bauserman said, and a mid-20th-century renovation left the façade scarred by removing its cornice.

“It just doesn’t hold up very well – it doesn’t look as beautiful as it should,” he said.

Fixing those issues, along with replacing the building’s damaged storefront, is how Bauserman plans to use his Façade Improvement Grant. He hopes to have the renovation finished by the end of the summer.

Three nonprofits will share the newly renovated building. CodeVA, a non-profit founded by local journalist Chris Dovi and his wife, a computer programing teacher, Rebecca Carson Dovi, will use the first floor as a base to teach children basic computer science skills they aren’t learning in school.
In addition, Stuff Redux, a nonprofit that helps creatively reuse discarded materials, will also use the first floor.

Meanwhile, the basement will become the permanent home of the scrappy ensemble TheatreLAB, who have aptly named their venue “The Basement.” The company is currently running a fundraising campaign on Indiegogo to refurbish the former storage space in time to put on their 2014-15 season opener “Hedwig and the Angry Inch” in October.

“It’s an exciting time to be here,” Bauserman said.