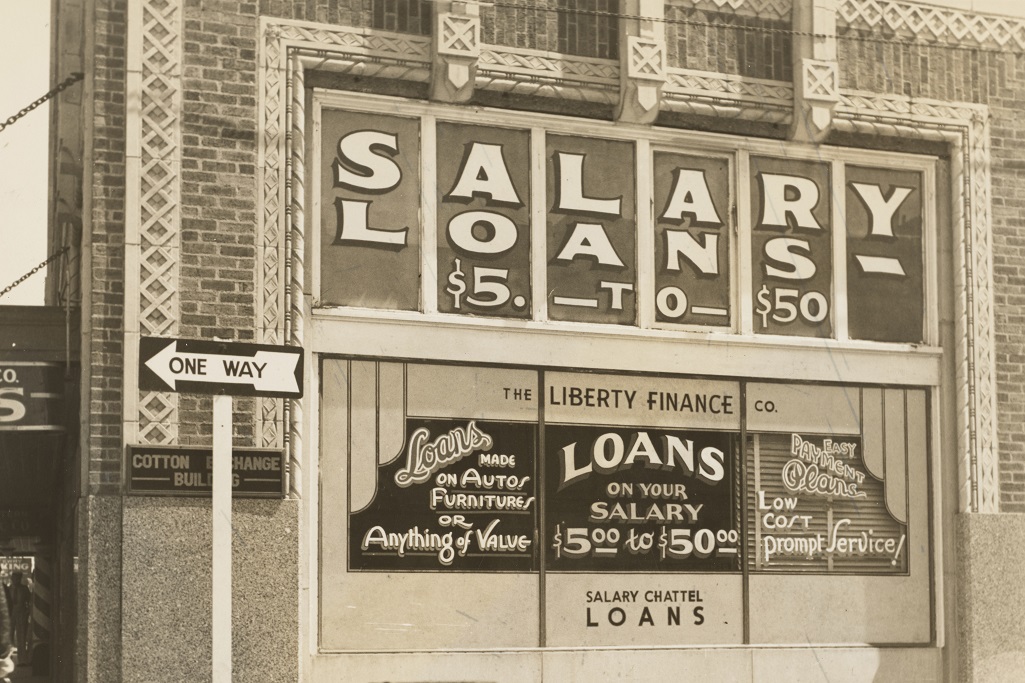 The Consumer Financial Protection Bureau insists that individual states, not the federal government, should regulate payday loans. But here in Virginia, payday loans are very weakly regulated, with no upper limit on interest rates.

The Consumer Financial Protection Bureau has not budged on its June decision cutting additional protections.

“There was insufficient evidence and legal support for these requirements,” CFPB Director Kathleen Kraninger wrote in a Sep. 23 letter to Rep. Maxine Waters, D-California, who is chairwoman of the House Financial Services Committee and a critic of the agency’s move.

Kraininger added that states should regulate payday lending, as they “have determined it is in their residents’ interests to be able to use such products, subject to state-law limitations.”

The 2017 Payday Rule governs “unfair and abusive” lending practices, such as withdrawing money from borrowers’ bank accounts without their knowledge, neglecting borrowers’ “ability to pay” when approving loans, and issuing balloon loans, in which payments are consistently lower for the majority of the lending term but “balloon” to one significantly larger payment at the end.

In June, CFPB finalized a separate rule that said it is not considering the ability-to-pay requirements “at this time,” and delayed the August compliance date to Nov. 19, 2020. The agency is considering loan requirements and disclosure practices for lenders.

In August, more than 100 House Democrats joined Waters in a letter asking the CFPB to abide by the rule’s initial provisions.

Rep. Jennifer Wexton of VA’s 10th District and Rep. Don Beyer of VA’s 8th District were among the signers.

In a Financial Services Committee hearing earlier this month, Kraninger said the bureau is working to define “abusive” as it pertains to lending.

The hearing lasted for more than three hours, with Kraninger in the hot seat fielding concerns from both parties.

“If you’re not following direction of your staff to help consumers that are harmed, then you are absolutely worthless,” Rep. Carolyn Maloney, D-New York, told Kraninger.

Maloney, who left after the remark, later returned to apologize, amid outrage from Republican committee members.

Payday loans are intended to be short-term, issued in relatively small amounts and due when borrowers receives their next paycheck.

However, Rebecca Borné, a senior policy counsel at the Center for Responsible Lending, told Capital News Service the terms of the loans are marketed that way, but purposely designed to keep people in debt.

Interest rates can be as high as 300 percent. Lenders often have access to borrowers’ accounts and withdraw the money once the borrower receives a paycheck, leaving the person with little funds for other expenses, Borné said.

Borrowers may take out another loan as a result, putting them in a “debt trap,” she said.

A 2014 report from the CFPB found that 80 percent of payday loans were renewed within 14 days, and the majority of borrowers renewed their loans so many times that they ended up paying more in fees than the principal amounts.

“The delay is the bureau’s way of trying to buy time to gut the rule altogether, so that it never goes into effect,” Borné said of the CFPB’s June decision.

The Washington Post reported Tuesday that payday lenders are planning to donate as much money as possible to President Donald Trump’s reelection campaign, hoping that a relationship with the president’s office will weaken regulations against them.

One of the biggest takeaways of the 2017 Payday Rule is that it would cap interest rates at 36 percent for the length of the lending term, which is typically a few weeks.

In Maryland, payday loans up to $2,000 have a maximum annual interest rate of 33 percent, and a maximum monthly rate of 2.75 percent. For loans greater than $2,000, interest is capped at 24 percent annually and 2 percent monthly.

The constitutionality of the agency’s structure has been questioned in recent years. The CFPB was founded in 2011 in response to the 2008 recession. In 2017, Trump and the Department of Justice determined a statute that says CFPB directors can only be removed from their position for “inefficiency, neglect of duty, or malfeasance in office” is unconstitutional.

They argued that this restriction unfairly insulates the agency from the president’s executive control.

The U.S. District Court for the Central District of California denied this claim in a lawsuit against the consumer bureau by Seila Law, a California law firm. The case has since gone to the Supreme Court and oral arguments will be heard in the spring.

But in September, Kraninger, too, adopted the administration’s reasoning.

“I have decided that the Bureau should adopt the Department of Justice’s view that the for-cause removal provision is unconstitutional,” she wrote in a letter to Senate Majority Leader Mitch McConnell, R-Kentucky. She added that she advised the agency’s lawyers not to fight the opinion in court.

Kraninger reaffirmed her decision at the October congressional hearing.

However, Maloney criticized Kraninger’s stance, calling it “disrespectful” to congressional intent that the CFPB should an independent regulator.

“When you have an unaccountable organization, with a director that not even the president can remove, that is going to be problematic,” Rep. Bill Huizenga, R-Michigan, said. “I appreciate your efforts in trying to put this back in a reasonable box.”