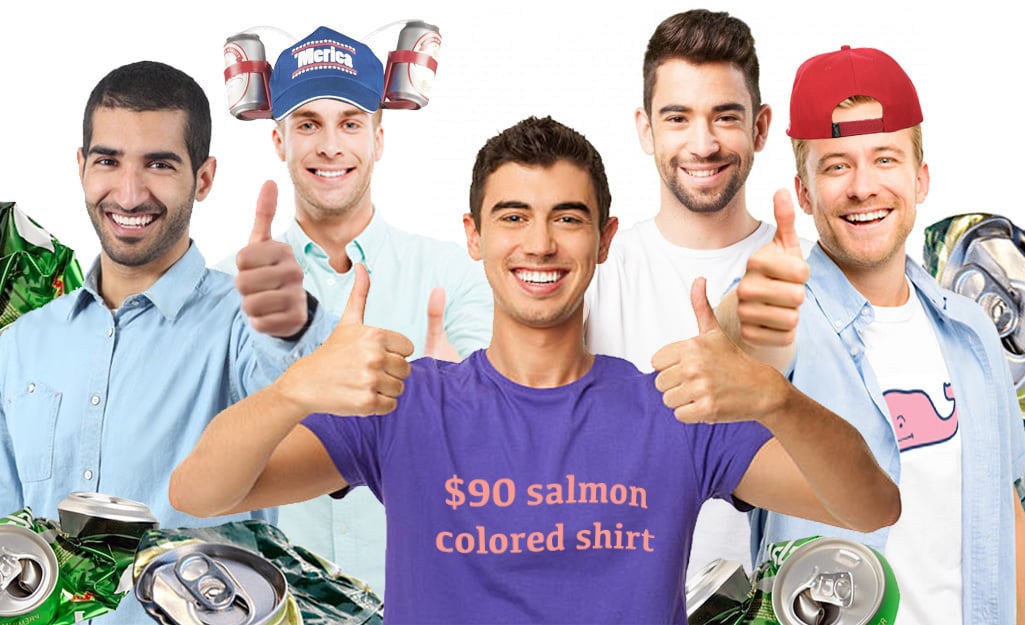 Dear Men: Here’s How Not to Treat Women In The Era of #MeToo, Trump, and Kavanaugh

An apparently necessary guide from the women of RVA Mag

Good afternoon, male readers of RVA Mag and the world! Between the Kavanaugh/Ford case, #MeToo, and the general fact of having Trump as president, it’s a pretty scary time to be alive. Especially for a man!

Man, it is so difficult being a cis white man in America these days! You think you’re just leaving your house one night, minding your business to get a Starbucks and buy some board shorts, and boom! You’re accused of sexual assault! What is a guy to do, am I right?

But let’s be real. We would be remiss without acknowledging that the ladies in your life are having a bit of a time, too. It’s rough out there for us girls. So I bet you’re sitting there asking yourself: “Brad, my man. What can I do for the ladies in my life? How can I be a better ally?”

We’re glad you asked, Todd! Just for you, we have created a handy dandy top six list that’ll tell you how to be a better ally to the girls in your life!

Might as well start with the easiest one, to ease you into the rest: Ask for consent. Ask permission to touch anyone, even if it’s just a hug. Believe it or not ladies really enjoy it when you ask for basic things like hugs, hand-holding, or having sex. We know it’s a tough concept to embrace, but we want you to know we believe in you.

Don’t be a piece of shit.

We know that the best way to make the news and politics easier to swallow is to make jokes about it, filling the internet with memes and crappy comments. However, there is something you should know about what happens when you post things like memes about how Kavanaugh couldn’t have raped Dr. Ford when they were in school because “she was ugly.” The women in your life who’ve survived rape and sexual assault are going to see that.

And rest assured, by the way — there are some women in your life who’ve been through things like that, regardless of whether you know about it. They might not have told you, but guess what — they don’t have to! Not everything is your business! Who knew?

Anyway, those women are going to retain that information. And they are going to now know that they can never trust or feel safe around you ever again. Ever. Do you want that? No? So don’t do that! Pretty please!

We know, we know. You totally have good intent with this. You’re not like a regular dude — you’re a cool dude! You’re edgy, but you’re an edgy progressive who is going to take back rape jokes. For the girls!

We are super sorry to tell you this, but you can’t actually do that. We know you want to poke fun at Kavanuagh, and that’s super cool in concept (but ONLY in concept). You want to write an edgy twitter joke or two, or maybe make a meme. But maybe don’t? In fact, definitely don’t. It will never be your place as a man to make jokes about the sexual assault of women.

So the next time you think it’s okay to ask, “Hey! How do we feel about jokes about sexual assault?” just remember: Don’t! Instead, try making some memes about how it’s almost Halloween, and how retail is crazy right now. So relatable! Maybe a meme about sweatpants at Thanksgiving? Too silly! So relatable!

DO call out your buddies for their uncool behavior.

Being one of the dudes and just hanging with your bros is so hard and uncomfortable right now. You can’t just do your thing and call girls sluts and hoes when they wear those shorts and skirts to be comfortable in 95 degree heat. Oh no!

Even if you don’t do that, it’s gonna get kinda awkward when Chad does makes his own jokes, or whistles at that cutie walking down Broad St. But you know what is even more awkward? Watching this behavior become normalized, because you didn’t ever say anything, and then waking up one day to realize that every single woman (and a larger chunk of men than you realize) you know has been raped, assaulted, harassed, or some combination thereof. So spooky!

We know — it’s scary to stand up to your bros. But it is really important that you do this. You got this, bro!

Believe survivors. All of them. Always.

Sexual assault is such a bummer of a topic. Such a downer! And talking about it and learning that people you love or even those you don’t know have survived these things is such a buzzkill! But you know what’s even more of a bummer? Being violently raped and having no one believe you. Crazy!

Fun Fact: Not believing survivors not only normalizes sexual assault, helping pave the way to making it commonplace in our society. It also, on the individual level, increases and worsens depression, anxiety, and suicide. All bad things, my dude. Be there for people, and if someone finds it in them to trust you to talk to you about this, stiffen that upper lip and be the best dude friend your friend has ever had. Listen, and support them.

Remember how we mentioned asking for a hug? Now is the time! Ask for that hug, my dude! Also be vocal about that support! Take a break from tweeting at Starbucks and the Redskins and start tweeting at people to believe survivors. Tell everyone you know to support RAINN (Rape Abuse Incest National Network)! Be the stand-up bro we know you are, my bro!

Don’t want to be accused of assault? Don’t assault someone!

We know! Everyone is so scared, you guys. “Will I be accused of sexual assault?” Good question, my dude! Here’s how you know.

We know these are all scary and difficult times. But you know what? You, my friend, are a man. And you can do this! Be there for women and survivors. Be the stand-up dude we know you are!

The Women of RVA Mag

P.S. — Yes, we’re writing this article anonymously. We write anonymously becasue we are genuinely concerned for our safety and livelihood. If that sounds silly or stupid to you, this article was written for you — and you need to have a long, difficult conversation with not only yourself but the women and other survivors in your life about why you’d take such an uncaring attitude toward their suffering.

Again, you may not know those survivors are there. But they are. Look around the room you’re sitting in right now. We promise you that most of the women in the room have been harassed, assaulted, raped, or all of the above. The woman writing this has been all of the above, both in the distant past and all too recently. And she is tired. She is so unbelievably fucking tired.

The choice of this article’s darkly sarcastic tone was an intentional one, if for no other reason than to hopefully make you think. But if you or someone you know has survived an assault, please get help. If you don’t have a trusted counselor in your life, we implore you to reach out to RAINN — call their National Sexual Assault Telephone Hotline at (800)656-HOPE. It is never too late, and you are not alone.