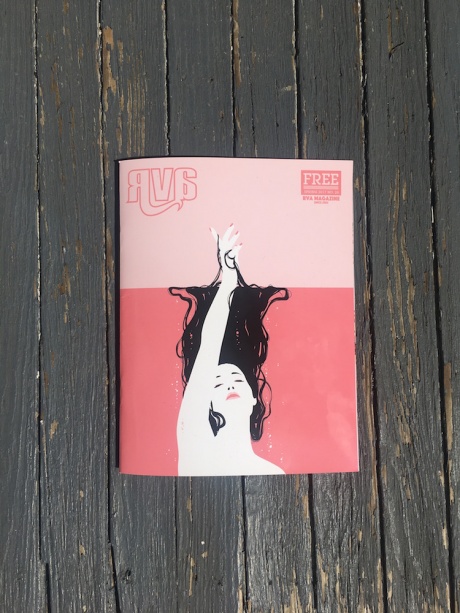 RVA Magazine #28 hits the streets this week, it’s our first issue of 2017 and features the most content yet in our decade-plus tenure.

Everything from hip-hop and comics to restaurants and art is covered in this issue, with each subject discerningly covered by those who experience and live Richmond’s culture first-hand, as well as some who even add to it.

RVA #28’s cover story is a look at the inspiring work of celebrated Norfolk artist Jason “Stuntkid” Levesque, as told by Jill Smith and our own creative director R. Anthony Harris.

Staff writer Cody Endres shines a light on the gritty hardcore quartet Nosebleed with Laura Confer tackling the other end of the punk spectrum with a look at Cherry Pits and their latest EP.

Drew Necci recounts the national impact local label Citrus City Records has had in their two year span, while staff writer Shannon Clearly hones in on one of the label’s rising stars, the power-jangle quartet known as Young Scum.

In addition to these in-depth stories and profiles, the next issue contains our prominent and expanded coverage of craft beer, studio news, and music reviews as well as our emerging photography series showcasing the work of talented local artists and our brand-new “Good Eats RVA” spotlight on local restaurants.

Keep an eye out for the new issue as our friends at Quickness RVA embark on their first distro-deal with us as well, further pushing RVA Mag into a modern, green future.

RVAMags should be available at breweries, restaurants, local boutiques and other hot spots around Richmond over the next few days, so keep an eye out and enjoy the mag!