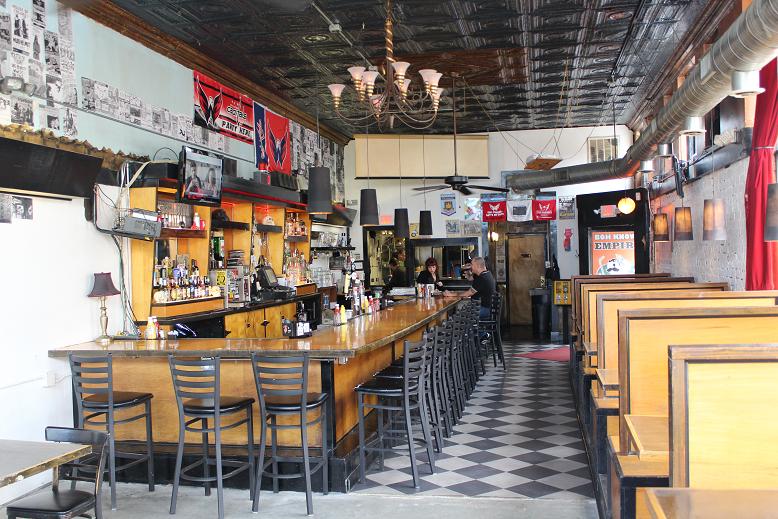 Empire Dining and Lounge, commonly known as Empire, is the quintessential watering hole. It’s been a great place to drink for decades, but in recent years the epic rock and roll history of the establishment has been on the back burner. Thor LeVesque bought the bar this year, and hopes to change that.

Empire Dining and Lounge, commonly known as Empire, is the quintessential watering hole. It’s been a great place to drink for decades, but in recent years the epic rock and roll history of the establishment has been on the back burner. Thor LeVesque bought the bar this year, and hopes to change that.

The building that sits on the corner of Laurel and Broad is prime real estate, and remains one of the few watering holes on VCU’s urban campus not yet swallowed up by the university’s explosive growth in the last 15 years. It has been home to dozens of institutions, starting out as Hatcher drug company in the early 20th century. For most of the past several decades, though, it hosted a series of rock n’ roll bars–Casablanca, Rockitz, the Metro, and more. Now-iconic acts, such as The Circle Jerks and Bruce Springsteen, played there when stopping through RVA. It is an underground mecca of sorts, and LeVesque wants to both return it to the place it was and celebrate its own incredible history.

“I really wanted to focus on the music history as much as possible.” LeVesque said. There is already a verifiable ton of show posters, pictures, and other memorabilia adorning the walls. The plan is to plaster them over with posters. “Once we exhaust what we have from the history of this building, we will get other items from other venues to complete [the task].” LeVesque said.

Empire has already been significantly refurbished since LeVesque took the place over–and people have noticed and responded. “Holy shit!” and “It’s so clean and bright!” are some of the positive sentiments he has heard. This makes it hard to dance around the fact that Empire has a reputation of being a great place to drink and catch music, but not exactly a place to bring mom and dad when they come to visit. The floor had been layered over and over again instead of torn out, and LeVesque recognized the state it was in even before he bought it. “We really did get to it right before something bad was going to happen,” he said. “It wasn’t in the prettiest condition.”

The amount of work LeVesque and his employees were able to do–not just ripping out floors but painting, deep cleaning, and widening spaces throughout the restaurant–is truly impressive considering it wasn’t a full-on closure and reconstruction. In fact, they only lost one night worth of functioning bar hours. You can tell that it isn’t some investor’s hip pet project. It may still be a bar, but it’s a bar that LeVesque and co. have cared about for a really long time.

“I come from twenty-plus years of fine dining, but this was always one of the only places I would drink. I started coming to shows here in 1983. So for me to be able to throw my life away and save a place that was historically one of the most important music venues in Richmond, and if not the longest, one of the longest continuously running music venues in the city, would be what I want [to accomplish],” LeVesque said.

As for the “fine dining” LeVesque speaks about, he has already redone the menu and plans to make the food not just palatable but reputable. “Good bar food” is how he put it. The response to this has naturally also been positive.

Turning Empire into the mid-sized rock and roll venue that Richmond lacks is first priority, but will take time. For right now, flexibility is clearly a close second. LeVesque is an avid hockey fan, and hopes to bring in that crowd as well. While revealing his allegiance to a certain flightless bird-themed team might anger some local fans, LeVesque assured me that he plans for Empire to be a Caps bar, and they already have a large Capitals banner over the inside of the door.

All in all, the potential for a brand new Empire is already being fulfilled, and it’s exciting. Nothing is guaranteed in the restaurant business, but Empire is in really good hands. And in light of the building’s history, location, and awesome staff, it’s hard to root against them. If it’s been a long time since you stopped by, it’s time to update your memories and check out the new bar that is Empire.