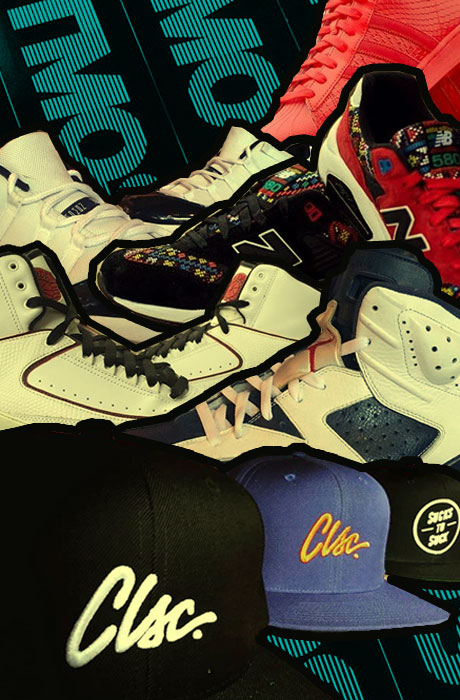 When I first moved to Richmond, it was a weird time for the city. Streetwear shops like Henry and Hospitality had just closed.

When I first moved to Richmond, it was a weird time for the city. Streetwear shops like Henry and Hospitality had just closed. There were a few individuals keeping the music scene beyond the stronghold of punk and metal alive, but truthfully, the general aura I got was that it seemed like everything I came here for involving street culture was just fighting to stay afloat.

Fast forward a few years and suddenly everything has changed. This city actually has a flourishing urban scene now, calling the blocks between Shafer and Adams on Broad its home. Round Two, Utmost, Wavy Kickz, and Monument have all sprung up over the past couple years, providing a foundation for not just street fashion, but the culture associated with it including the arts, music, and events I strived to be a part of.

In looking at this change, I had to ask myself- Why now? What’s different about Richmond today than five years ago? How is it all of this is sustainable? But most importantly, is this really here to stay?

To start, I had to look at where this change first occurred. After all, shops have come and go, but with the booming amount of stores here now, there had to have been a shift into why they look at Richmond as a healthy market. 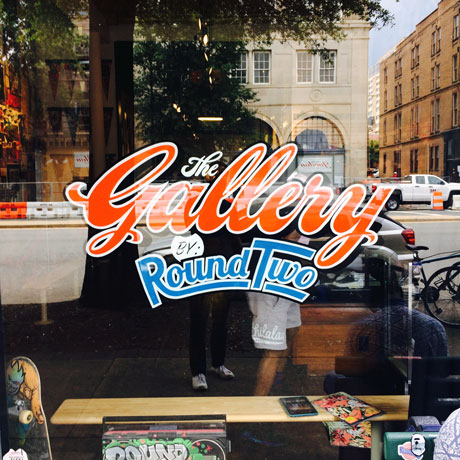 The first shop in the modern era to really step onto the scene and prove that there could be an intrigue for this has been Round Two (202 W Broad St). Opening in the summer of 2013, Round Two took the buy/sell/trade model the sneaker and streetwear culture has already been accustomed to and applied it to a storefront, with respect towards putting forth both fair prices and consistent inventory.

Their model quickly took off (amassing over 71,000 Instagram followers in just under two years), and the store has since become a destination spot up and down the Mid-Atlantic for sneakerheads. 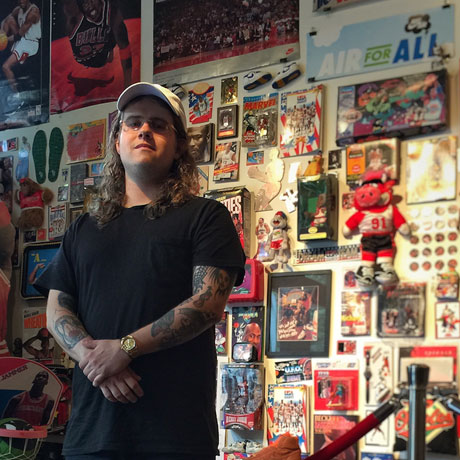 “Our market is good because people always want to pay less than retail for stuff…when I talk to people who run or own other businesses, we’re not subject to the same sales cycles that they are. ‘This time of the year is slow, or so and so and so and so is slow.’” says co-founder Luke Fracher.

Following the trend of the Buy/Sell/Trade model that’s been successful for Round Two v(as well as a few other stores around town) is Wavy Kickz, a consignment store opened by Marcus Kelley, Raysean Edwards, and Adeel Shams strictly for just sneakers. 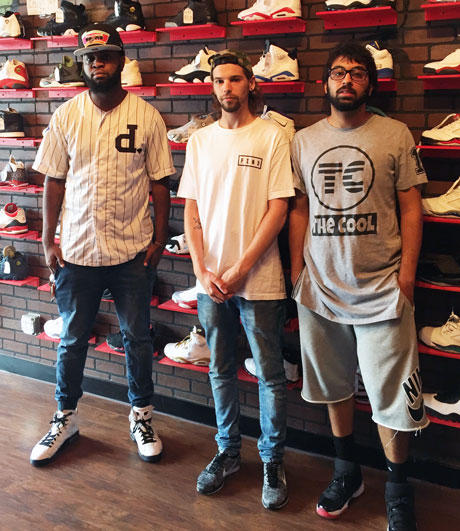 On why they feel like this Buy/Sell/Trade market works over the traditional routes of the past, Kelley says big box retailers have too much of an advantage when it comes to price point.

“I think it’s mainly that the retail prices of shoes are going so high, that usually the only stores that can actually sell them are the anchor stores: The FootLockers, the Foot Actions. (These are) the stores people are traditionally going to, so a lot of the mid-tier stores or the mom and pop shops selling shoes at retail value competing against these anchors stores, when there’s no incentive to go to these stores when they’re selling the exact same product.”

And while it’s true it can be a risky situation to open a traditional retail store in this realm, some shop owners aren’t afraid to take the leap. 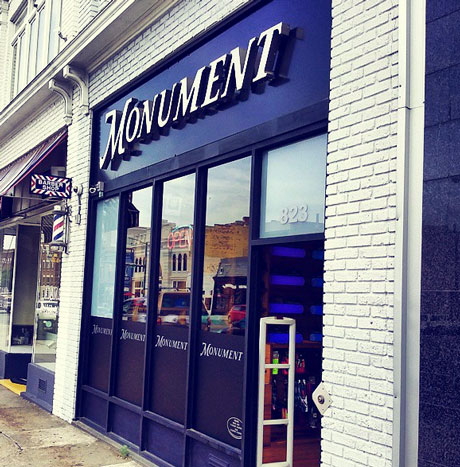 “I just think (Henry and Hospitality) were before their time. I think Richmond wasn’t ready for it. So, I think we’ve came along at a point in time where the city is hip and is ready for it.” says Chris Northington, Marketing Director for Monument– an active and streetwear shop located at 823 W Broad. 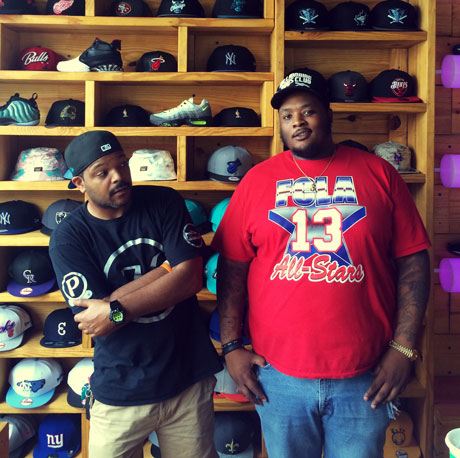 Beyond just their incredibly well-designed storefront, Monument’s inventory is delicately curated to highlight the growing trend of athletic wear in men’s fashion. And as a veteran to the industry, Northington realizes that while trends come and go, he feels that Monument will be adaptive to this change.

“It’s a cycle, everything is a cycle. Because the things that I see, as far as in fashion, it’s like ‘man, that’s how we used to dress. I see guys around, and it’s almost a throwback. The shoes, the colors, the styles.”

Given their extensive experience in the culture, Monument feels comfortable in their approach on the traditional retail model, keeping up with the latest and greatest from such big name accounts as Nike, New Balance, and 10Deep.

However, while this traditional route has been doing great for them, there’s one shop completely going against the grain in a way Richmond hasn’t seen before. 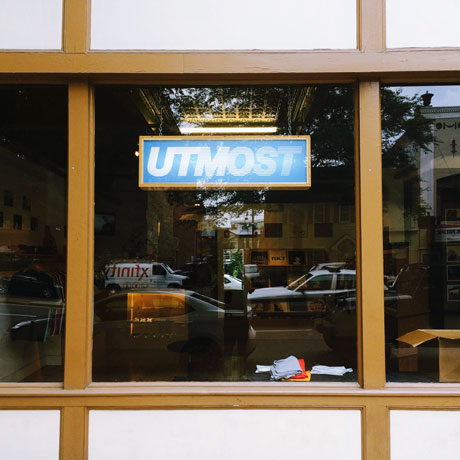 Utmost, located at 115 W Broad is a street/skatewear brand founded by Tom Hart and Jermaine Edwards. Their original lines have been growing not just in town, but up and down the East Coast as well.

“It’s kind of like our own pride of Richmond in terms seeing people rocking Utmost stuff outside of the city. It’s not even just your typical Hypebeast kid either, but what I’m seeing is girls that are rocking it that aren’t even a part of the streetwear culture.” says Henry founder Rudy Lopez. 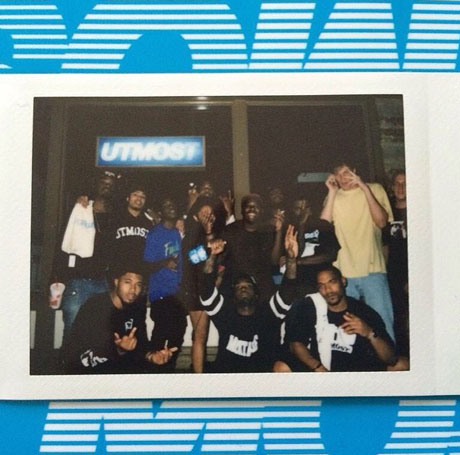 But beyond just their own lines’ popularity, they’re also being applauded for bringing new up-and-coming brands to the city too.

“Tom has a very personal relationship with a lot of brands I’ve never heard of, and personal relationships are very, very important. They don’t have to do minimum orders, and they can get shit in here that no one can get from here to New York. That’s the thing about going to shopping in a place like New York, is I’m like ‘I can get all this shit online’ versus shopping with them, it’s shit you’ve never seen before, so I don’t know if I can get it online.” said Luke from Round Two

Their able to accomplish this goal through an educational process.

“…a lot of the brands we carry, people have no clue about them. Even big brands like Fukt, people don’t know.” Jermaine explains.

“We really have to let our customers know what’s up, but once we tell them the story, they get into it and become fans of the brand.” added Tom- noting that teaching their customers about these brands actually creates a level of loyalty, allowing Utmost to become a trendsetter for them.

So, while all of these models have been successful thus far, why exactly do they feel all of this is here to stay?

“And when you think about 4,200 coming into college straight out of high school, they’re all primed to be customers at these new spots that have just popped up. They’re the ones really moving the culture right now…anyone from 17-21 years old, these are the people really moving the culture.” which, is a common sentiment shared amongst nearly every shop owner I talked to. 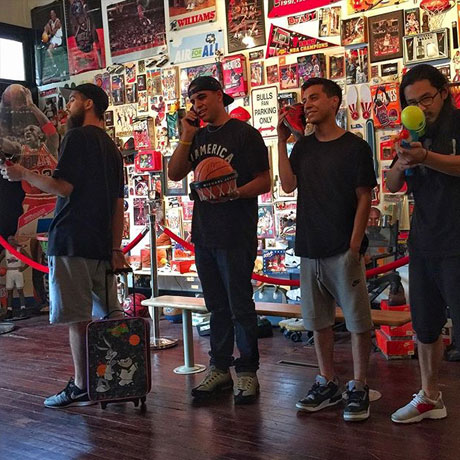 More, these kids are more connected to these stores and brands now, with the expansion of social media (specifically in this realm, Twitter and Instagram) playing a big role.

“I think it’s a smaller world out there now with the internet and Twitter and Instagram and all that kind of stuff. The circle got even smaller, and also, I don’t think there’s as much competition.” says Rudy.

It’s true that a lot of companies struggle with social media, but as people who are so absorbed in this culture and the digital space surrounding it, they’ve naturally acclimated. Utmost credits the internet for not only the new brands they’re bringing in, but a platform to let the world know what’s going on with their First Friday shows, events, and new drops. Hell, just check the comment section to Round Two’s Instagram posts and you’ll see kids willing to drive hours away to wait in line for a drop.

It’s true that whether you’re looking at Richmond’s scene from afar or from within the confines of the city limits, the expansion of VCU as well as the intimate nature of social media is making more and more people look at us as a hub for Virginia’s street scene.

People want to be a part of this urban-environment, something that’s been here even before my time. Sure, these shops acknowledge that now is their time to flourish, but they also acknowledge that this attitude, this culture, this lifestyle, couldn’t have been accomplished here without one central hub laying the tracks- Henry. 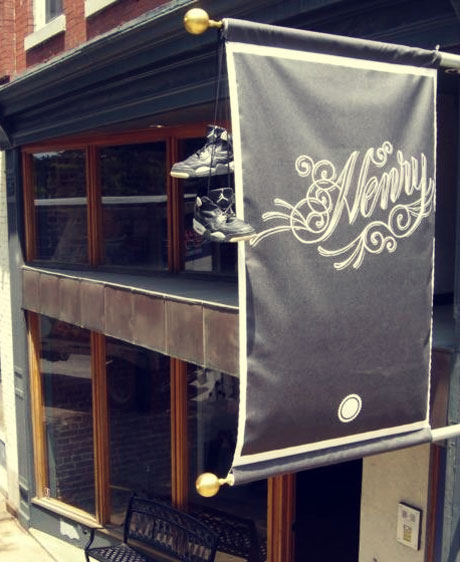 Henry was started by Rudy Lopez in 2007 and was well known as the streetwear/sneaker shop in Richmond. However, with the economic climate of the post-recession, people just couldn’t afford to buy this stuff anymore, leaving it to close its doors in 2010.

Although the business didn’t strive through the recession, everyone could agree that Henry was “just before it’s time”.

In speaking with Rudy, he was humbled (and almost a little surprised) by the fact that everyone who owned these shops not only paid homage, but even more, looked at it as a learning experience not just for them, but for the sustainability of the community as well. Noting how nowadays things like having minimum orders to hold a Nike account and the remarkably high price point of retail, he applauds stores like Round Two and Utmost for not only keeping the culture alive, but at a point where it can strive as well. 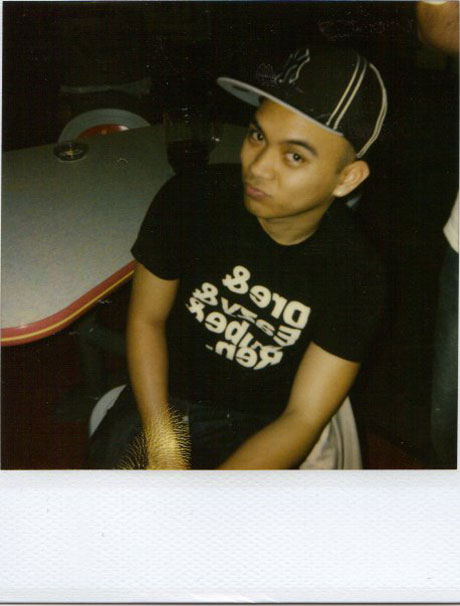 “With Utmost, and some other stores too, they’re doing a really great job of not just selling the product, but selling a lifestyle with it as well. They’re collaborating with other people, with promoters, bringing artists down here, throwing shows, throwing parties, doing art openings.” he said.

Which, is the core of this whole movement- a culture. While a lot of people move to this city to be a part of this urban environment, these stores have proved it’s something not just people, but this city has wanted for a long time. Now, with a stable foundation in place, and a growing and growing population of people who want to be a part of it, this culture is here to stay. One that can continue to flourish and leave an indelible mark here for a long, long time.