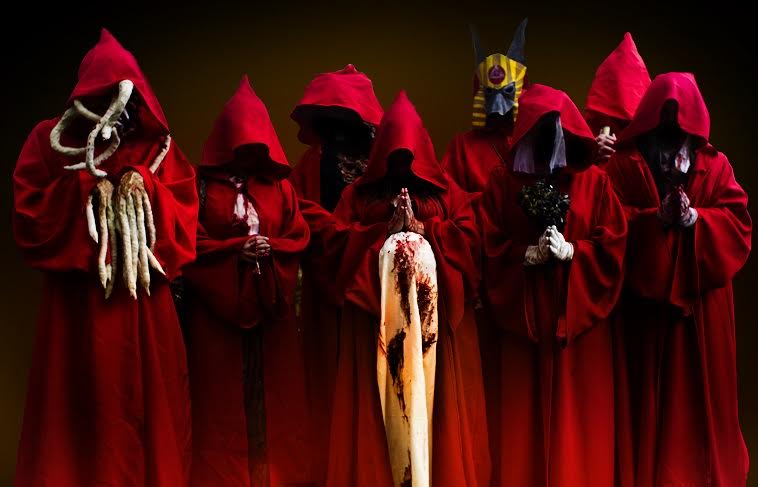 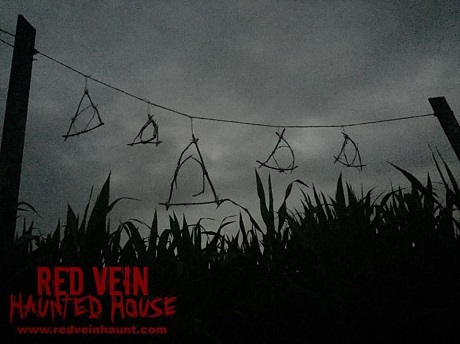 After five years of building a cast of actors and establishing a name for themselves within the Richmond haunted house scene, the Red Vein Army found its first official home at the Hanover Vegetable Farm, where the haunted house will be held for the three weekends leading up to Halloween.

The haunted house proceeds through a storyline thought up by the Red Vein team around the character Emily Redvyn, a witch from the 17th-century whose spirit now haunts the land at the Hanover Vegetable Farm. The story and the maze incorporates the image of a rabbit, an allusion to an old Virginian myth that witches turned into rabbits when trying to hide. In the storyline, people slaughtered all the rabbits in case Redvyn was hiding in one, an idea that becomes a recurring motif throughout the attraction.

To Red Vein Army Director Ryan Sligh, the making of a good haunted house, “getting good scares,” is not as simple as it seems. 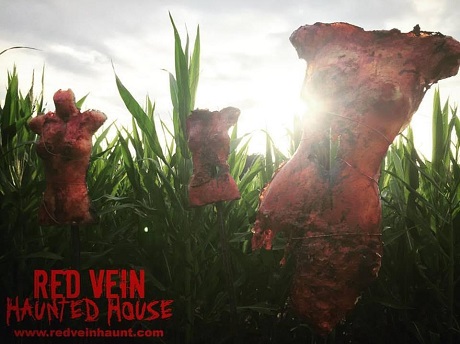 “That is the ultimate challenge,” he said. “Everyone is scared of something different. It’s always a challenge to figure out what is scary and how to scare hundreds of people every night. You have to have claustrophobia with a mix of story with a mix of gore. You just have to have a combination of everything and find that right mix to make a scary attraction.”

Attendees can expect just that: an interactive storyline meant to unearth what scares them the most.

“I think we bring a different mix,” Sligh said. “It’s very story driven. It’s not just coming in and being chased by a guy with a chainsaw. You’ll get those jump scares but you also get that story too. If you really pay attention, it builds on throughout the haunt. Every year we keep building onto the story.”

The story of Emily Redvyn has been a focus of the Red Vein Army from the group’s beginning.

“Everything is connected,” Outreach Coordinator Kitty Barnes said. “Every event we’ve done, we’ve done something to tie it in. We’ve created and enhanced actual Virginia stories as well. Hopefully people will see some of the little details; hopefully they will be scared and will enjoy our fantastic actors.” 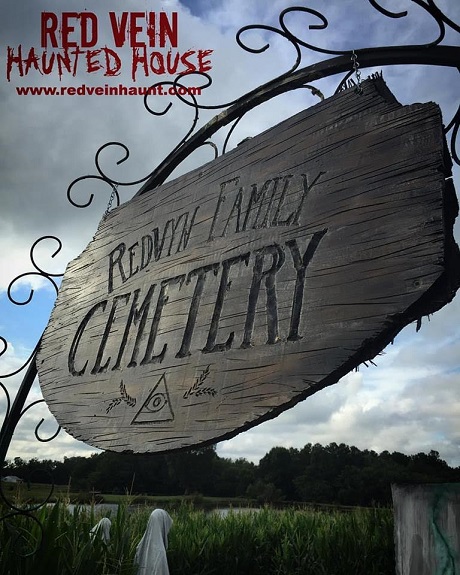 Sligh has spent years working with haunted houses, with his experiences culminating in the Red Vein Army, through which he has been able to oversee all the details going into the completion of a fully functioning haunted house attraction. Set and costume design, as well as the collection of a group of 15 to 20 actors, make up the full process of establishing a working haunted house. “Making a haunted house, you’re not really doing it for money,” Sligh said. “You’re doing it for the passion.”

The haunted house includes a corn maze and an indoor scene depicting the house of Emily Redvyn, which the crew constructed out of 53-foot trailers as if building a set for a play. Production began in July to prepare the fields of the farm for the attraction.

“I had no experience with set design, and I had no idea that I would be physically building structures,” Barnes said. “It’s a lot of manual labor, but it’s been a constant adrenaline rush every time you complete something and you get closer to the planned result.”

The Red Vein Army holds frequent events throughout the year, including a book club, a horror movie club and fundraising events over the last two summers for the charity, “Scares That Care,” which raises money for children with life threatening illnesses and women with breast cancer. The past events that the troupe has held have allowed them to gain a following through which to promote their first official haunted house.

Tickets are available online or at the ticket window for $15. Check out Red Vein Army’s website for a complete list of dates and times.