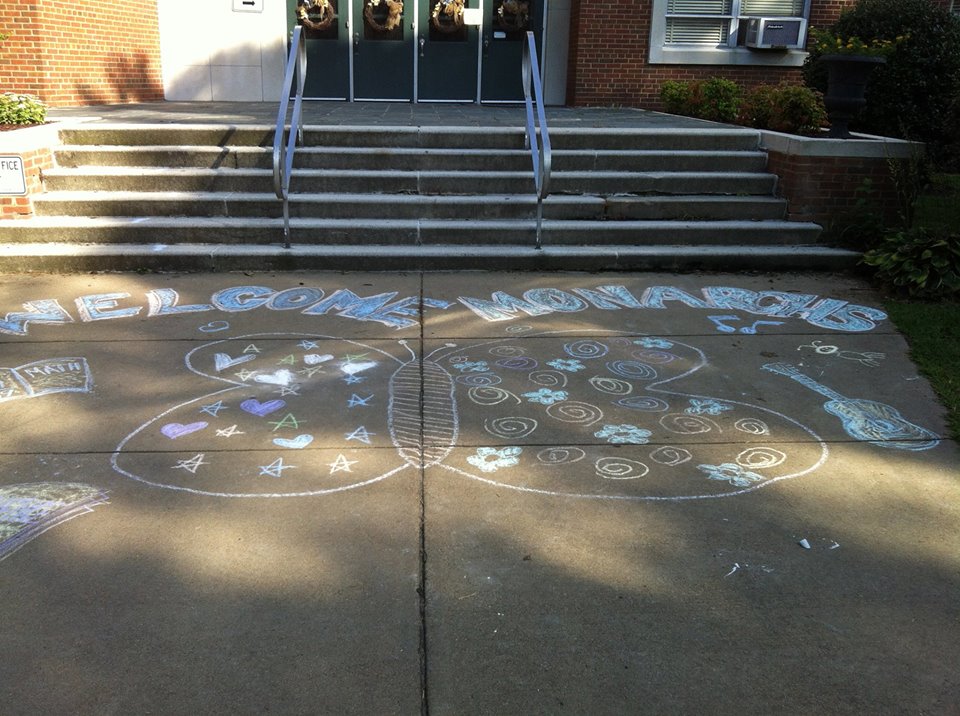 A polarizing petition circulated on the first day of school by state Senator Glen Sturtevant has local school and government officials outraged.

Tuesday, September 3 was the first day of school for Richmond Public Schools, a day that is generally fun and memorable for students and their families. But at Mary Munford and William Fox Elementary Schools, back-to-school excitement was overshadowed by a campaign tactic used by Republican Virginia state Senator Glen Sturtevant, who is up for re-election in November.

That morning, Sturtevant campaign workers met arriving students and parents at Munford and Fox with petitions they were encouraging the parents to sign. Entitled “Save Our Neighborhood Schools,” the petition had been drafted by Sturtevant himself, and stated that “State Senator Glen Sturtevant strongly opposes the rezoning of Mary Munford Elementary and Fox Elementary.”

The petition referred to “pairing” proposals currently being considered by the Richmond School Board, some of which would combine the student bodies of William Fox Elementary, which is 60 percent white, and John B. Cary Elementary, which is 83 percent black. This combined student body would then attend Fox for kindergarten through 2nd grade, and attend Cary for 3rd through 5th grades. Another pairing proposal would combine Munford’s student body, which is 72 percent white, with that of Cary.

In a recent Richmond Times-Dispatch column, Michael Paul Williams pointed out that the title of Sturtevant’s petition carries heavy historical implications. Williams writes that “S.O.N.S.” was an acronym commonly seen on bumper stickers used in local opposition to the crosstown bussing proposals of the 1970’s, which sought to end de facto segregation that had persisted for more than a decade after Brown v. Board of Education.

Richmond School Board Chair Dawn Page and School Board member Scott Barlow told VPM that they feel the Senator’s actions are unwelcome and intrusive. School Board Vice Chair Liz Doerr expressed her distaste and concern for the actions in a public FaceBook post that evening, calling it an “election year stunt,” and Mayor Levar Stoney echoed this sentiment, according to the Richmond Times-Dispatch.

Sturtevant’s petition says that the rezoning proposals are “wrong for our schools.” However, his petition only mentions Munford and Fox. “Developing a petition specifically for Mary Munford and Fox, the whitest and most affluent schools in the city, was race baiting and political posturing,” said Doerr. “I would like to remind the Senator and his campaign team that he represents many other schools in Richmond that will be impacted by this plan other than just Fox and Munford.”

Along with the announcement of his petition on Tuesday, Sturtevant’s office sent out a press release detailing legislation he planned to propose in the General Assembly. The legislation Sturtevant proposed in his petition would require a voter referendum before a school rezoning plan can be enacted — despite the fact that rezoning is already one of the main tasks that school board officials are elected and expected to do.

The Senator will not, however, be able to propose new legislation until January of 2020 when the next General Assembly session begins — and his ability to propose legislation depends on his first winning re-election in November. Meanwhile, Richmond’s school board plans to vote on rezoning by the end of this year.

Richmond’s School Board has worked to include the community throughout the rezoning process, holding community meetings several times a month all across the city since August and utilizing an online feedback form for taking public comments.

With Richmond Public Schools enrollment expected to increase 6.6 percent within a decade, the plan to rezone is an effort to alleviate overcrowding at schools. It is also meant to remedy educational and fiscal disparities between city school districts due to the breakdown of racial diversity. RPS employed consulting company Cropper GIS to craft the rezoning proposals, and the first two of the four options were announced in July. Almost all of the proposals involve some pairing of local elementary schools.

The negative responses from parents in Fox Elementary’s district in particular led Richmond City Schools Superintendent Jason Kamras to characterize some of the backlash as “Massive Resistance 2.0” in a Twitter post. However, more recent responses on the RPS feedback form have seen an increase in support. Still, the issue remains divisive in Richmond — and with his petition, Sturtevant has taken a definitive stance on one side of the divide.

Some see the petition’s rhetoric as ironic, since Sturtevant’s own stint on the Richmond School Board, which lasted from 2012 until 2016, is associated with the controversial 2013 rezoning plan that resulted in the closure of Clark Springs Elementary, which had the effect of increasing de facto segregation within Richmond’s school system.

After the closing, former Clark Springs students were rezoned for Cary, making that school less than 25 percent white. Students from the Museum district, predominantly an affluent, white community, had formerly attended Cary Elementary prior to the new zoning, but in the 2013 plan, those students were rezoned for Fox. This raised white enrollment at Fox from 65 percent to over 75 of the student body, according to data from a 2016 University of Richmond study.

The UR study found that white-black segregation in Richmond elementary schools rose from a rate of 65 percent to 70 percent under the new zones created in 2013; it called the plan “a rapid, politically charged and resegregative school closure and elementary school rezoning process.” And a 2013 Style Weekly article reported that Sturtevant, along with another school board member, Kim Gray, privately asked Matthew Cropper of Cropper GIS to draft a third rezoning proposal over one weekend in May, right before the board was due to vote. This was the plan that was ultimately adopted — the plan that increased de facto segregation in Richmond City Public Schools.

Sturtevant was sued in 2013 by Kimberly Johnson Jones, a parent in the district that accused him and other school board members of conducting private dealings that resulted in an unfair protection of white enrollment. The case was eventually dismissed when Jones moved out of the district, but significant evidence had been presented. Court documents indicate that Sturtevant sent private emails disclosing details of his plan to his allies on the board, leaving four other members in the dark. Evidence was also entered indicating that Sturtevant and Gray had private phone calls with Cropper leading up to the creation of the final proposal.

Ghazala Hashmi, who is running against Sturtevant in the upcoming state Senatorial election this November, is quick to point out this history. She asserted that the petition is simply a stunt that Sturtevant is using to divert attention from his complicated past as a school board member, as well as his Republican-aligned voting record in the Senate, which she claims has undermined funding for public education. “He’s trying to hamstring local school board members from doing their jobs,” said Hashmi. “As a Richmond-area educator of 25 years and a mom who sent both of her daughters to public school here, this issue is deeply personal to me. I am committed to ensuring that all of our schools have robust and equitable funding so that every child is afforded the same opportunities, regardless of their zip code.”

With many public officials on record expressing distaste for Sturtevant’s petition, the rezoning discussion is clearly going to remain a pertinent talking point leading up to the Senatorial election on November 5. Hashmi has strong words for the incumbent. “If he wants to do the job of a school board member, he should go back to running for school board. As a Senator I will do what Sturtevant has not: stand up for teachers, students, and Central Virginia families by prioritizing and expanding funding for public schools.”

The First To Go: Who Was Williams Carter Wickham Anyway?

Williams Carter Wickham isn’t in a lot of history textbooks. When his statue was the first to fall in Richmond last week, it left many... READ MORE

Another Confederate monument bites the dust, as protesters on Tuesday night pulled down a statue in Monroe Park paying tribute to... READ MORE

On Sunday in the Richmond suburb of Lakeside, a man named Harry Rogers drove his truck through a crowd of peaceful protesters. He turned... READ MORE

The First To Go: Who Was Williams Carter Wickham Anyway?

Williams Carter Wickham isn’t in a lot of history textbooks. When his statue was the first to fall in Richmond last week, it left many... READ MORE

Another Confederate monument bites the dust, as protesters on Tuesday night pulled down a statue in Monroe Park paying tribute to... READ MORE

On Sunday in the Richmond suburb of Lakeside, a man named Harry Rogers drove his truck through a crowd of peaceful protesters. He turned... READ MORE