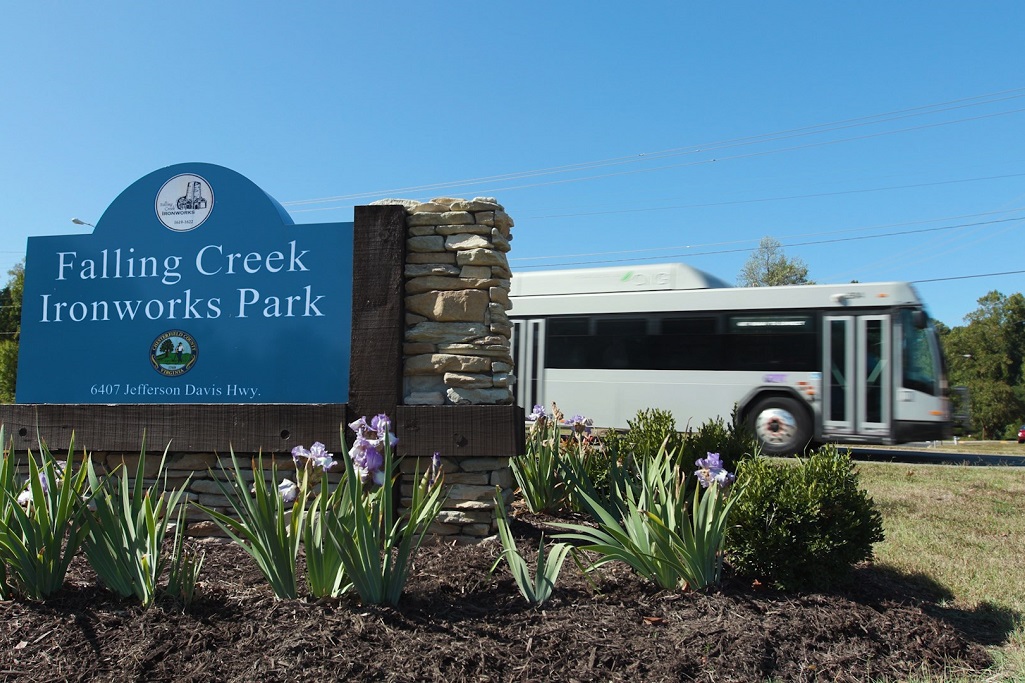 Traveling during a pandemic isn’t too much fun, but it just got a little easier for the neighborhoods south of the city along Jeff Davis Highway.

Smack in the middle of a global pandemic may not seem like the best time to open a bus route, but for many who live along Jefferson Davis Highway in Chesterfield County, the Greater Richmond Transit Company’s new Route 111 is a lifeline just when they need it most.

After asking for a bus connection to the rest of our region for decades, residents of Bensley, Bellwood, and Chester must have been dismayed when the celebratory fanfare for the opening of Route 111 had to be canceled.  The half hourly, six-day-a-week service between John Tyler Community College and the Food Lion by Chippenham Parkway must go on, however.

The neighborhoods along Jefferson Davis Highway have some of the lowest rates of vehicle ownership in an otherwise car-centric county.  Since the pre-WWII destruction of the streetcar that ran between downtown Richmond and Petersburg, their only option has been to walk or bike along the gutter of a treacherous four-lane highway. Driving Route 1 in and out of the city on my commute, I witness such dangerous scenes every day: parents with small children in one arm and overloaded bags of groceries in the other.

Route 111 is not just a lifeline for communities without cars, it represents a new model of development that can help revitalize Chesterfield County’s older inner suburbs. Gone are the days when everyone aspired to a house with a white picket fence. Ever more Millenials want an apartment or condo close to transit in a walkable, bikeable neighborhood. Many Baby Boomers too are shifting their lifestyles to smaller dwellings in denser communities as they look to age in place. New bus lines like GRTC’s 111 boost both groups’ mobility.

Having the freedom to own one less car is also a huge boon to families’ finances. The American Automobile Association estimates the annual cost of owning one car at nearly $10,000. Chesterfield’s suburban growth model has trapped many families into needing two to four cars just so everyone can get to work, school, the grocery store, etc. That means families are spending tens of thousands of dollars every year that they could have been investing into their kids’ education, paying down debt, or starting their own business.

New apartment communities along Route 111 like Colony Village and Moore’s Lake provide people with options. Now that this bus connection to John Tyler Community College is up and running, to prevent Chesterfield from growing ever grayer and increasingly poorer, county and state leaders must team up to promote transit-oriented development along our main corridors like Jeff Davis, Midlothian Turnpike, and Hull Street. We should incentivize redeveloping old land into new housing, instead of building ever more suburban sprawl on our farmland and forests, all the while providing new residents with greater mobility by building out sidewalks and expanding our county’s bus network.

Building desirable neighborhoods around transit is a tried and true growth model, and I can’t wait to ride the new Route 111 after this crisis is over.  My community of Chester wouldn’t be the lovely small town it is today if it weren’t for the Richmond-Petersburg Electric Railway that connected it a century ago.

Organized by RVA26, monthly "Creative Protests" at Marcus-David Peters Circle have given creative voice to a community hungry for positive... READ MORE

Organized by RVA26, monthly "Creative Protests" at Marcus-David Peters Circle have given creative voice to a community hungry for positive... READ MORE