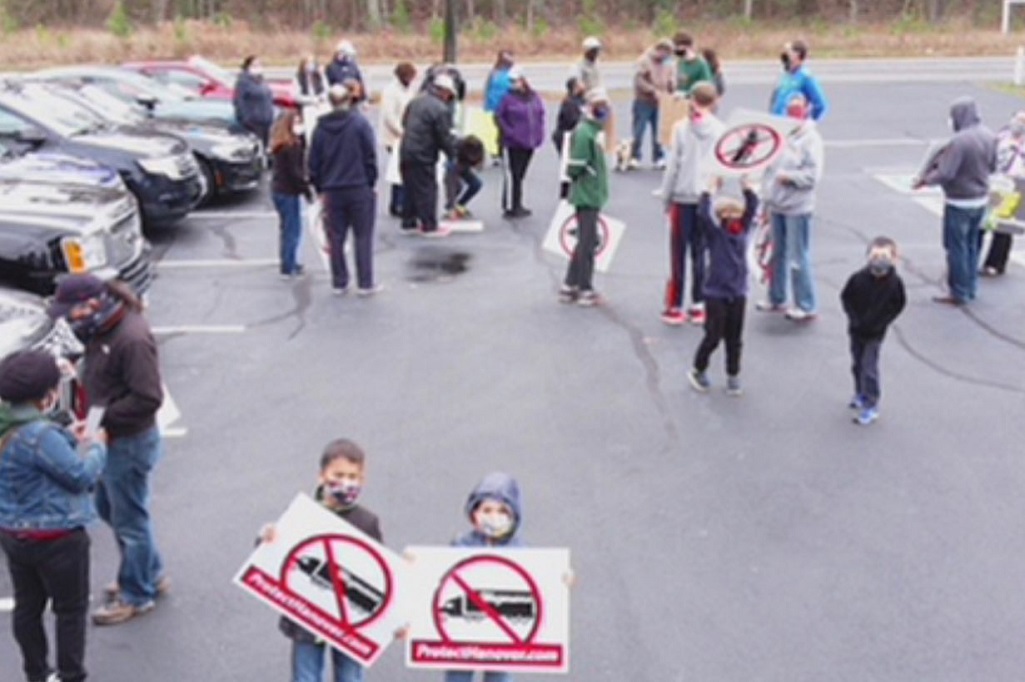 Scholar Ruth Wilson Gilmore defines racism as the “state-sanctioned and extralegal exposure of group-differentiated vulnerability to premature death,” and environmental racism plays a big role in this premature death. Black Americans are thrice as likely to die of asthma, are exposed to 1.5 times more carcinogenic particulates, and have a higher lead exposure rate than white Americans. The race of surrounding communities is the strongest predictor of where toxic waste sites are placed. Minority communities are consistently underserved with basic infrastructure like drainage and sidewalks (a fact that contributes to pedestrian hospitalization and death disparities), and are less supported after natural disasters, as brutally evinced by Hurricanes Katrina and Maria. These facts didn’t happen by chance, but because of inequitable policy-making and deadly apathy.

Environmental racism isn’t just in Flint, or at Standing Rock. We have our very own fight in Brown Grove, Hanover County. Wegmans plans on building an enormous industrial site in the backyard of this tight-knit and historic Black community. Wegmans’ project comes after 50 years of industrial encroachment on the community, including a cement mixing plant, I-95, a landfill, and an airport expansion. The site chosen is known in the community to contain the unmarked graves of Brown Grove elders, and no topographically appropriate search for graves is planned. The main road already regularly floods, and flooding will be far worse after Wegmans destroys 15 acres of wetlands. Residents, who are mostly on well water, had to lobby intensely to have the option of county water, and the road that runs through their community has no sidewalks. The community has asked local officials for assistance throughout the years and faced apathy. But now residents feel even more unheard and unprotected, especially since Governor Northam lobbied intensely, even visiting Rochester, NY personally, for Wegmans to come to this site.

Most recently, the Virginia Department of Environmental Quality’s State Water Control Board heard six hours of resident and allied testimony in opposition to the project. The board roundly acknowledged the issues raised, but then voted 4-3 regardless to approve their permit and let the US Army Corps of Engineers “handle the issues” in the next round of permitting. One of the board members gallingly said that they hoped the project would provide Brown Grove the attention it needs to receive the infrastructure it has long asked for. This is the epitome of this country’s poisonous deal with its Black citizens — attempting to justify significant harm by hoping vaguely that the community will receive, as some pleasant side effect of the harm, the basic services that everyone else already receives.

We all know that vague hope is nonsense; just ask the historically Black Rodgers-Eubanks community in North Carolina, who are on their fourth decade of fighting for the basic infrastructure they were explicitly promised in exchange for the landfill built in their community. Those promises aren’t kept when they’re made — but to be clear, Wegmans and Hanover County haven’t even made those promises.

So what’s to be done? In the face of environmental racism, we must turn to environmental justice. We must fundamentally reconsider our extractive relationship with the natural world; ally with and amplify the needs, desires, and dreams of frontline communities; and build political power in Black neighborhoods. Environmental justice is the shift from being simultaneously neglected and acted upon to acting. It is Black communities having control over their own destinies and not having to take poisonous deals to get there.

The good news is that Black activists and communities are already doing the hard work of reimagination and power building. Everyone else must simply do no harm. Wegmans should choose a site that won’t destroy wetlands and unmarked ancestral graves — to be the good neighbor that they said they wanted to be. The community should be rezoned by Hanover County from industrial to residential so that this doesn’t happen again. And the local and state elected and appointed officials who have been complicit should instead work tirelessly to meet the infrastructure needs in Brown Grove and communities of color across the state. Because to be clear: this is not a problem unique to Brown Grove.

DEQ thought it wasn’t their problem, and white America has thought the same countless times. But what harms one harms all (as Heather McGhee lays out brilliantly in her book The Sum of Us if you don’t believe me). To deny our interconnectedness to our Black brothers and sisters and to our Earth is to harm all of us both morally and materially. And at the end of the day, Brown Grove deserves better. Brown Grove deserves justice.

Note: Op-Eds are contributions from guest writers and do not reflect RVA Mag editorial policy.