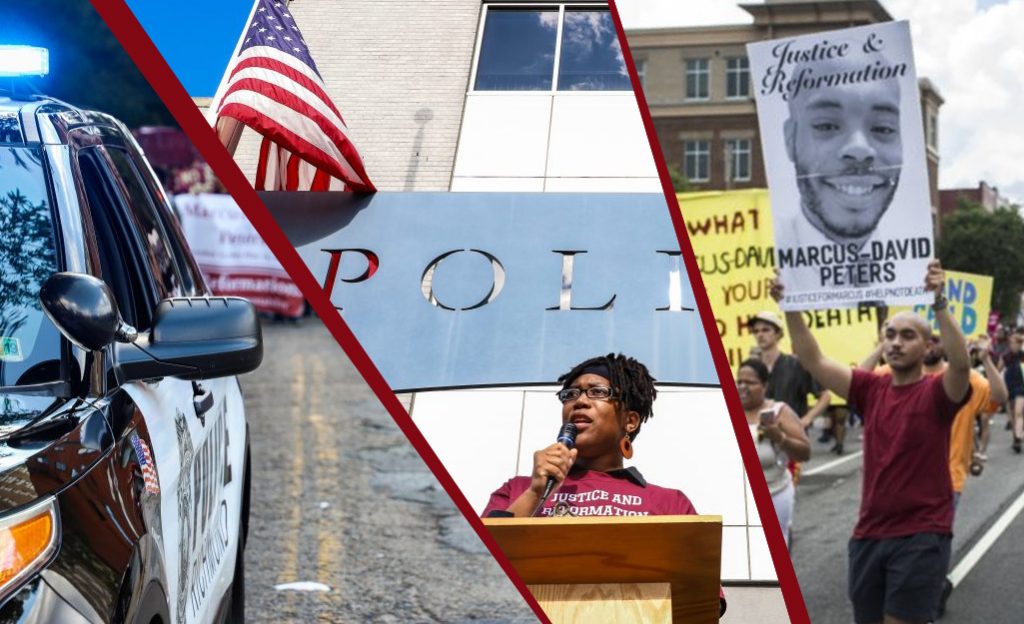 It’s been five months since Marcus-David Peters was gunned down on Interstate 95/64.

Richmond officer Michael Nyantakyi shot Peters twice, after his taser failed to subdue Peters. The entire event came to an end in only 18 seconds. In August, it was ruled that Peters’ death was justifiable homicide. The past few months have not been easy for Peters’ family, nor for those in the community who believe his death was an injustice.

I want to start my commentary by saying that I don’t know. I don’t know what I would have done if I was in Officer Nyantakyi’s shoes. We all like to imagine our own actions in the scenario, but we don’t have the answers, and I’m not a police officer. But I do know that in 18 seconds, a young man’s life was over, and he needed help — not death.

“Help not death” has been the rallying cry of Peters’ family. Peters’ sister, Princess Blanding, has been at the forefront of protests demanding justice for her brother’s death.

There are many shades of gray when we look at this situation, and it’s important to note that the case isn’t black and white — literally. Peters was black; Officer Nyantakyi is black too. But in a  system of law that perpetuates racism and white supremacy, this is still an issue of police brutality.

Mappingpoliceviolence.org shows that 852 people have been killed so far in 2018. In 2017, police killed 1,147 people. Black people made up 25 percent of those killed, despite representing only 13 percent of the population. Less than one percent of officers were charged with a crime.

Last month, Chicago officer Jason Van Dyke was finally convicted of second-degree murder, over four years after fatally shooting 17-year old Laquan McDonald. Timothy Loehmann, who gunned down 12-year-old Tamir Rice, was hired afterward by a police department in rural Ohio. The juxtaposition of these two events show the rarity of cops being held accountable for their actions.

Black people are statistically more likely to be killed by cops than any other race, and the reasons behind this epidemic have deep roots. They stem from a system of oppression that has spanned hundreds of years, and continues to disproportionately affect black citizens.

When a black person encounters the police, they’re often not given the same benefit of the doubt a white person would. Many cases have shown that under similar circumstances to those in which black citizens are killed, white suspects are spared their lives.

In all of these situations, and many more, white people were subdued by police while committing dangerous crimes. Instead of resorting immediately to fatal weapons, officers tried alternative methods to spare the suspects’ lives.

In body cam footage from officers on the scene, Peters is heard saying, “I’m going to fucking kill you” to Officer Nyantakyi — and while Nyantakyi rightfully felt his life was in danger, I still have to wonder why Peters was killed when confronted with similar (and greater) threats by white citizens, police have repeatedly found ways to let them walk away with their lives.

The confrontations were similar — both raising threats to law enforcement — but the outcomes for these white and black citizens were not. Houseman failed to comply with officers, and refused a breathalyzer test. Houseman was armed, and threatened officers; he was disarmed, then let go, with his gun returned. Peters was both unarmed and naked, and threatened officers; he was killed on the spot.

Then there’s mental health, cited by families of victims in many cases. In a Washington Post study, it was found that in the first half of 2015, 25 percent of people killed by police were identified as mentally ill. 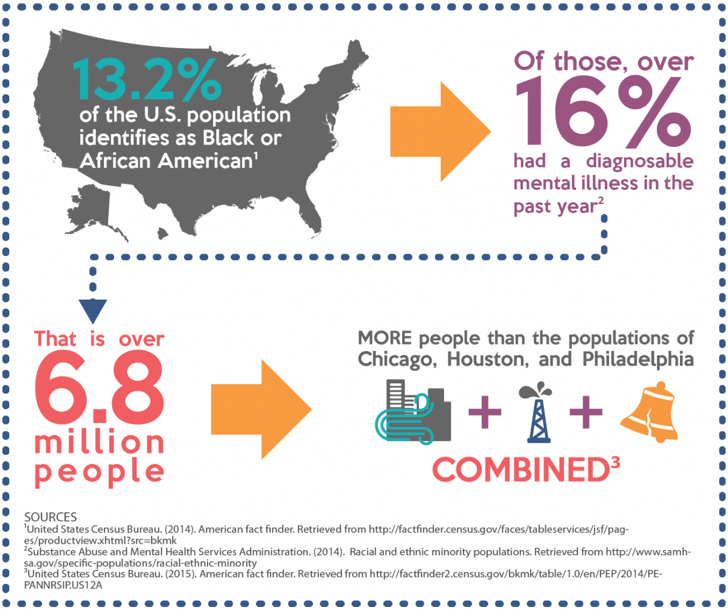 While the media tends to label white killers as lone wolves with mental health problems, black and brown people’s mental health isn’t brought into the picture. More than 16 percent of the black population has a diagnosable mental illness. According to the National Alliance on Mental Illness (NAMI), black folks are 20 percent more likely to experience serious mental health problems.

But America isn’t talking about mental health in the black community. In cases like that of Somali-American Shukri Ali Said, reaching out for help can actually cost their lives: when Ali Said’s parents called the police seeking help for their daughter, she was shot and killed by Georgia officers.

In Virginia, police are offered crisis intervention team (CIT) training, which was designed to give officers tools and information for encountering, dealing with, and helping citizens with mental illnesses. But to be helpful, the police have to actually join the program: As recent as this July, only about 65 percent of Richmond’s officers have chosen to participate (or 490 officers, out of the city’s total 750).

While officers deal with mental health, they are not trained therapists or psychiatrists — but how can they be expected to de-escalate these situations when CIT training is only an option, not a requirement?

Marcus-David Peters was not given a means to obtain help; instead, the first solution police attempted was his death. This was not just “a tragic situation for all parties,” and it shouldn’t be buried along with Peters. It’s time to consider police interactions with people of color, and the implications when mental illness is also involved.

De-escalation and diversity training is not enough. These systems that are killing our citizens need to be confronted before they can be changed.

The Justice and Reformation For Marcus-David Peters movement is proposing the creation of a “Marcus Alert,” to call on mental health professionals as first responders when community members are in crisis. This idea could shape the future of policing, and potentially save lives — the state of things isn’t changing until measures are put in place to start. These structures go back to slave patrols in the 1700’s, and Americans should not forget that the South’s police force was born from slavery preservation. Richmond created its first full-time police force after Gabriel Prosser led a slave uprising in 1800.

Looking into the origins of policing is imperative for change to happen: From Emmett Till, to Trayvon Martin, to Michael Brown, to Eric Garner, to Sandra Bland, to Tamir Rice, to Philando Castile, to Marcus-David Peters.

It’s easy to sweep these instances under the rug. It’s easy to turn a blind eye when it doesn’t affect you personally. It’s easy to dehumanize a stranger — especially when they’re in a cemetery, and can’t defend themselves in court. It’s easy to view the black body as a symbol of threat in a society that has pushed it as such since long before racist 1915 film The Birth of a Nation was screened in the Woodrow Wilson White House.

I’m not pointing fingers or jumping to conclusions without citing facts. I’m asking for empathy towards the black experience — something non-black people will never be able to know firsthand.

I’m asking people to consider that when black people are staring down the barrel of a gun with a cop on the other end, they aren’t given the benefit of the doubt. I’m asking them to ask why we justify the deaths of black children armed with toy guns, like 12-year-old Tamir Rice, but don’t think twice when white children are taught to shoot real weapons at the same age.

I’m asking them to consider why it was that convicted rapist Brock Turner was referred to as “a former Stanford student and star swimmer,” while Trayvon Martin’s high school suspensions were used as justification for his murder.

I’m asking them to realize that black people can no longer “comply” and “follow the rules” when white people are calling the police and having us shot in our own homes. I’m asking them to understand that race-based traumatic stress is real, and that, while black people do persevere and conquer, we’re still out here dying.

This is bigger than one black life lost at the hands of police brutality.