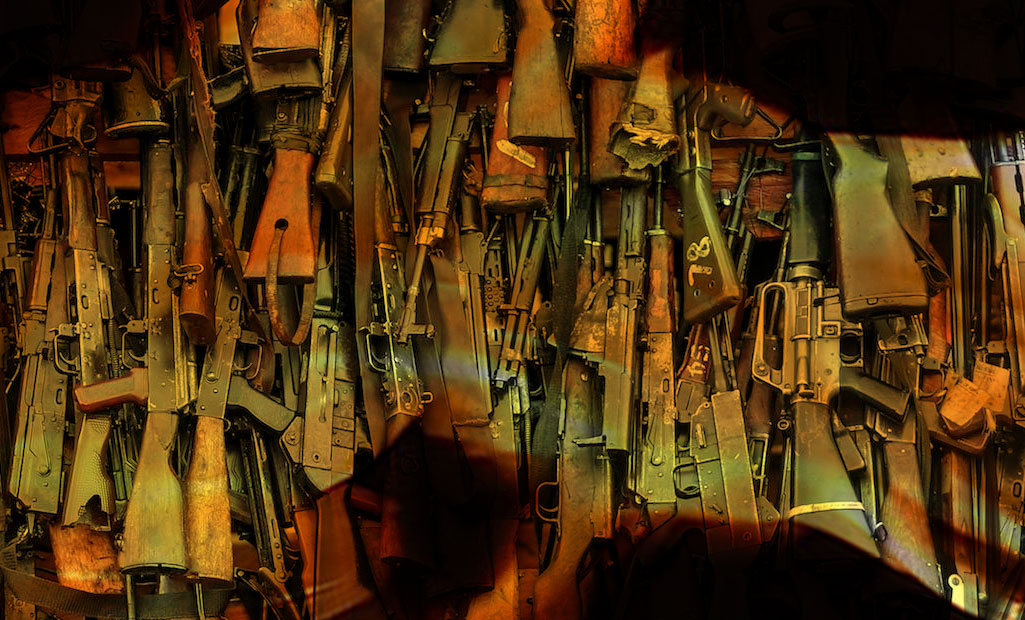 58 dead, 515 wounded. Those numbers will continue to rise throughout the afternoon and into the evening. This tends to be the rule governing mass casualty attacks like the one in Las Vegas – now being reported as the most deadly in US history. Despite this, there are no words which can adequately articulate this senseless loss of life, even though attacks like this have become woven into the everyday fabric of life throughout the US. Controversial as this may sound, these kinds of mass casualty attacks are one of the things that – as Americans – we all experience equally; regardless of the discord that constantly divides us as a country. 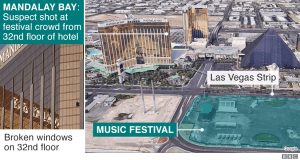 And for the most part these attacks are indiscriminate. There are exceptions of course, but at a concert, movie theatre, or in the halls of a school, we all become targets of opportunity for whatever derangement the gunman has conjured to justify his actions.

Equally as important is that we call these attacks for what they are, attacks. “Shooting” implies something far less menacing – a one time occurrence that is unique to a particular set of circumstances. Not something we experience regularly and on a scale proportionate to the numbers of casualties usually produced, like an attack that leaves 58 people dead and 515 wounded. Implying differently sends a certain message which downplays the gravity of what we collectively experience as Americans every time an attack like this occurs.

Since we are all potential victims of this kind of attack, events like these ultimately become an assault on the fundamental freedoms we are supposed to enjoy as part of the social contract we share with our government. A social contract which should ideally allow us to live in relative safety, away from the threat of a mass-casualty attack driven by people who have unlimited access to weapons of war. While freedoms continue to be extended to this group, those very same freedoms are stripped from the rest of us who continue to be victimized by attacks such as these. This is the paradox by which we live our lives as Americans.

Therefore, this mass-casualty event should come as no surprise to any of us. In fact, it is never a matter of “if” there is going to be another attack, only “when” it will happen. The tactics of the shooter should come as little surprise either, only diverging at the point of detail. When you have access to weapons of war, which can fire automatic bursts of 5.56 rounds through a drum magazine that can hold 100 bullets, sighted through optics that can zero in on a target at 500 meters, one does not have to be a Navy SEAL to inflict the damage the shooter did.

So what can we do?

At this point, nothing. Not when accessibility to weapons of war are so easily obtained for those who would use them in this manner – cynical, but true. There is no profile that law enforcement or domestic intelligence agencies can create to mitigate the risk posed by a lone gunman, such as the shooter in Las Vegas. Therefore, we should stop thinking in these terms.

According to Vox there have been 1,518 mass casualty attacks since Sandy Hook in December 2012, which has resulted in 1,715 people killed and another 6,089 wounded. To put this in greater perspective, since the start of the war in Afghanistan, there have been 2,403 US serviceman killed, of which only around 1,800 have been due to hostile action. Put another way, the violence directed towards our soldiers in Afghanistan is analogous to the violence perpetuated by gunmen in the US, but only since 2012.

This is the severity of the problem.

What we do have is well-wishes, and the usual litany of prayers that comes from the political class – in a statement befitting the status quo, President Trump opined, “To the families of the victims, we are praying for you and we are here for you and we ask God to help see you through this very dark period.” Or we have the hackneyed words of Nancy Pelosi, who so eloquently said, “Praying for those lost, wounded & waiting for news from loved ones.”

Little else can be offered to the American people as solace, other than prayers to God.

While politicians continue to pray, they have failed to conjure fresh solutions or suggest safeguards that will protect us from the next attack. All we have is the response time of law enforcement agencies who are hopefully up to the task. This is no longer a political issue or a partisan issue, but a human rights issue over the social contract we share with our government – one our government has consistently failed to honor. As a result, we are held hostage to a status quo which allows these attacks to continue in perpetuity.

In this respect, the conversation over guns needs to move from control to disarmament. This is the only sensible conversation we can have with one another at this point. According to the 2015 Small Arms Survey, there are currently 88.8 guns per 100 people in the US, which roughly translates into 310 million guns total. Controlling future sales of guns, the kinds of guns you can purchase, or limiting the size of magazines is not going to change anything. A proficient weapons handler will know how to cycle a weapon effectively – be it a 30 round magazine or a 100 round magazine. At this point the argument over “control” is just about semantics and little else.

There are examples of disarmament globally, however, and the UK, Australia, Japan, and Germany have all followed a similar model. These are the precedents we should be looking to for guidance in how to stem these attacks throughout the US. In almost every incident where disarmament took place, the rates of gun violence dropped precipitously. The political class in the US should move to suspend the commercial sale of all guns, ammunition, and military kit that is used to wage war abroad (not recreational firearms). There is a reason General Stanley McChrystal, former commander of all US forces in Afghanistan, once said, “I spent a career carrying typically either an M16 or an M4 Carbine…That’s what our soldiers ought to carry. I personally don’t think there’s any need for that kind of weaponry on the streets and particularly around the schools in America.”

From there a national buy-back program should be implemented, like those conducted in Australia after the Port Arthur incident that left 35 dead in 1996. Two of these programs saw almost a million guns destroyed or incinerated, and along with it the rate of gun violence was nearly halved.

The mythos surrounding guns and gun ownership continues to be a corrosive force throughout the US, and the rights of a few can no longer outweigh the needs of the majority. Those who insist that weapons of war are needed to preserve some idea of America need to start having a long conversation with themselves. Because in the end, the tyranny they think they are preventing is the exact same kind of tyranny they are imposing on everyone else.