Opinion: The Mayor Needs to Step up his Game on Marcus David Peters - RVA Mag 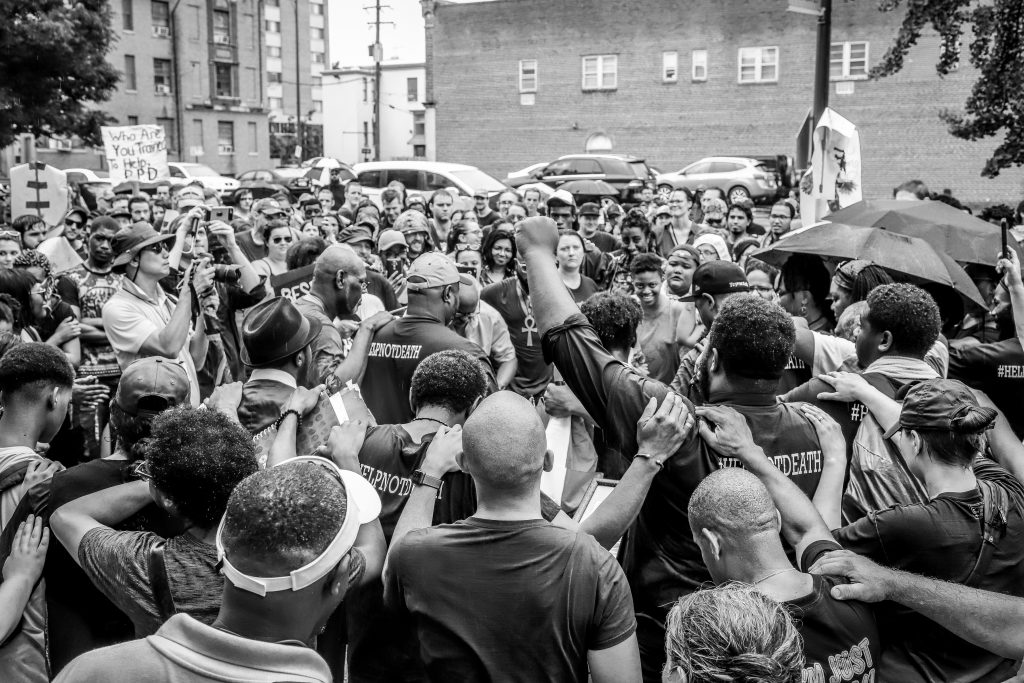 At his community office hours last night, Mayor Levar Stoney announced a change to the printed agenda; instead of infrastructure and education, public safety would be the first topic addressed.

Since the killing of #MarcusDavidPeters, his death has been the number one issue the community wants Stoney to address. Before opening the meeting for questions, he brought up the last office hours, where the coalition and allies for Justice and Reformation for #MarcusDavidPeters were also in attendance. Invoking the “golden rule”, to treat others that way you want to be treated, he rambled about respect and professionalism, to a community that’s seeking justice for a slain man.

Following his cue, I have my own recap of those office hours.

On July 17, the coalition questioned the mayor, asking why he skipped the June 30 meeting, which was called by the community to discuss demands they’d presented to the Richmond Police Department at the #JusticeAndReformation rally on June 2.

As much as this city would like to call Stoney the exception to politics-as-usual, he still demonstrates typical programming. How does this typical programming present? Think canned, pre-written responses from politicians that are practiced in order to engage the public during contentious political environments. The introduction to last night’s meeting was one of them.

When pressed on the night of July 17 about the investigation into #MarcusDavidPeters, Stoney’s auto-response was “trust the process.” Last night, Stoney introduced the public safety portion of the meeting by telling the audience to be on their best behavior, then opened up the floor for questions; something I’m sure he regretted immediately.

For starters, the family of #MarcusDavidPeters was under the impression that Stoney was out of town – in Williamsburg – the day of the proposed June 30 meeting initially called for by the coalition.

Stoney officially notified the family on 11:30 am, 90 minutes prior to the community meeting, that he could not attend.

Stoney had other plans than attending the meeting for #MarcusDavidPeters.

However, Debbie Rowe, a concerned community member, started her question portion last night by confirming she saw Stoney at Taza Café immediately after she left the June 30 meeting. Sparking the question; if he was in town, why was he not at the meeting?

Stoney’s response was that he decided to keep his plans because he made them months in advance. He had other plans.

Ya know, rather than cancel them and attend the meeting held by the community after a black man, suffering a mental health crisis, was shot by a police officer. Remember what’s happened in cities that have failed to rise to the challenge of situations like these? Ferguson, Baltimore; this list can go on and on.

Princess Blanding, sister of Peters, and the most vocal proponent for accountability spoke next and asked one question: how many times was her brother shot? The question seemed simple. If you’ve seen the body camera footage released by RPD you will have heard two shots, and two shots matched what we’ve heard from the family’s report per the RPD.

Stoney responded by saying he “would not talk about details of the investigation and that there is a process to this.” Princess Blanding responded by reading from an after-action report, released on July 24. She had to update the community since the administration clearly would not.

In this report, the police found that #MarcusDavidPeters was shot three times, not two. And that the toxicology report found that there were no substances within his system.  It appears that the city misled the public about the number of shots fired, but maintains that #MarcusDavidPeters was indeed suffering from a psychotic breakdown when he was killed by the RPD.  [Editor’s note: We could not obtain a copy of this report; other media outlets report it may be preliminary.]

After her update, Princess Blanding’s follow-up questions included themes that would press the city for more transparency. Now that the investigation has gone to the Commonwealth’s Attorney, why is Stoney still saying “there’s a process,” rather than answering the actual questions posed by the community?

Why hasn’t the body camera footage been released to show what happened after they dragged #MarcusDavidPeters’ body from the bushes? Where’s the footage of the third shot?

And, finally, why hasn’t the city taken the demands of Peters’ family seriously? More so, why have they not discussed the implementation of the Marcus Alert? A city-wide alert, proposed by the coalition, which would allow both the police and the community to engage in de-escalation techniques when a person might be experiencing a mental health crisis.

Stoney insisted that he would be open to hearing ideas if reformation and policy needs are necessary. But the other end of that statement is, when would it be necessary? After another unarmed black man experiencing a mental health crisis was shot and killed by police?

In the end, we all watched the same video. To reform or not to reform is not the question. Not in 2018, when black men and women are still being killed in disproportionate numbers by the police. Reform is the answer. It is the only way to honor the memory of a man who deserved help but received death.

If there was a message tonight from the coalition and allies of #MarcusDavidPeters, it came from his cousin, Briggs. Closing the public safety portion, she said, “You owe my family something and that’s a meeting, that’s an apology, that’s justice, that’s reformation, and you can keep the bullcrap.”

On July 31, the next community office hours with Mayor Stoney will be at Pine Camp Community Center, starting at 6:30 p.m. Richmond, your voices are clear, but will the administration hear you?

*Marcus David Peters is #MarcusDavidPeters; the hashtag is a way for us to honor our fallen community members who were shot and killed by the police. Say his name.