Opinion: What Is the RPD Trying to Hide? - RVA Mag 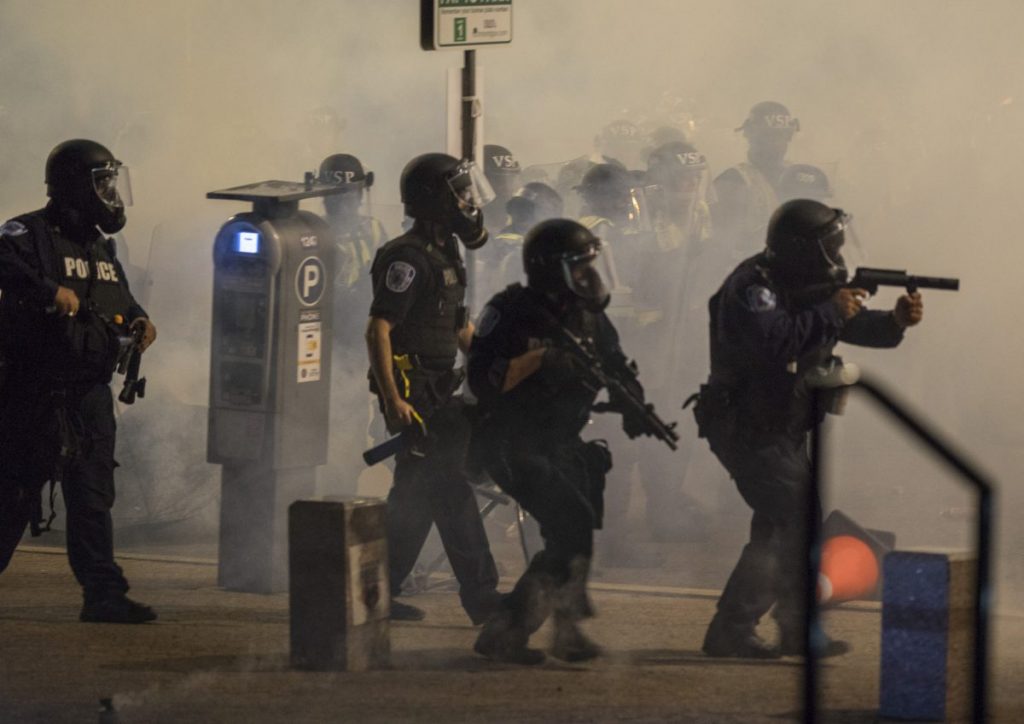 “Instead of spending countless millions on a police force that treats their citizens like enemy combatants, the city should be funding social, economic, and mental health programs that actually prevent crime,” writes Landon Shroder.

Once again the Richmond Police Department (RPD) has attempted to mislead the people of Richmond. This time by reporting an incomplete picture on their monthly “use of force” statistics — conveniently omitting the bulk of police violence which took place against citizen protesters in June. Reported by the Richmond Times-Dispatch (RTD) over the weekend, the Times-Dispatch analysis not only found the omissions, but also that use of force by the RPD against Black people was five times higher than against white people.

The RTD noted, “Officers reported using force against Black people in five times as many cases as they did against white people, according to a review of the reports that include 2018, 2019 and the first half of 2020.”

This should come as no surprise to anyone in Richmond, and certainly not to those who have been advocating for greater police accountability, oversight, and reform. The racist legacies of Richmond and Virginia’s law enforcement history are well known and well documented. Yet the intentional misreporting of statistics highlighting their own misconduct is a deliberate attempt at deception, and cuts to the core of the national reckoning we are having over law-enforcement. As City Councilman Dr. Michael Jones told RVA Mag in an interview last week, “I’ve always believed the police cannot police the police.”

Jones is correct. This is the job of the Mayor and Richmond City Council.

The RPD eventually updated their statistics three days later, but only after the RTD inquired about the omissions. Naturally the RPD attempted to counter this narrative, with their spokesman, Gene Lepley, saying, “We don’t wait until it’s all complete to post [the statistics]. What’s posted on the first of the month, it’s a snapshot of where we are.” He added, “We’re way behind… It’s been an extraordinary time.”

Indeed, it has been an extraordinary time for two reasons: Firstly, our citizens were brutalized by a police force which clearly made confrontations with protestors personal. And secondly, the city’s elected leadership — with the exception of Councilpersons Jones and Stephanie Lynch — abdicated all responsibility in demanding accountability from local and state law enforcement agencies, which acted without any decent restraint.

Councilwoman Kim Gray was even quoted last week in an NBC 12 interview spinning blatant falsehoods about the community project at Marcus-David Peters (MDP) Circle. Reaching a new low, she demanded the police have a plan for “restoring peace” and to keep people from apparently “defecating on the sidewalk” and “having sex on cars.” Anyone who has spent any amount of time at MDP knows this narrative is absolute rubbish.

The only thing not extraordinary about this situation is just how obviously mediocre the RPD and the city’s elected leadership has been. Especially when stacked against the responsibility of providing for the safety and well-being of the city’s citizenry, which includes space to demonstrate without fear of state-sponsored violence. According to the crowd-sourced 2020 Police Brutality Monitor (a GitHub repository), Richmond ranks eighth nationally in the most reported incidents of police violence since May 26th — hardly a marker of the progressive city Richmond likes to position itself as.

As a result, Mayor Levar Stoney has just announced a 24-member task force to “reimagine public safety.” But this feels like another political stall tactic, much like the ten-member Monument Ave Commission, which met for a year before presenting a list of recommendations that the city failed to action. It is equally naive to believe that a 24-person task force will be able to reach a consensus on a progressive road map that will be able to restore community trust and legitimacy to the RPD. Furthermore, a commission that is allowing police officers and the Commonwealth’s Attorney to sit as task force members undermines the very foundation of what Stoney wants to reimagine.

What should be obvious is that this task force is a politician’s strategy to run down the clock in the direction of the mayoral election in November. A veritable death by committee, and a cynical attempt for Stoney to have it both ways. On one hand, he allowed his police force to commit egregious acts of violence with no accountability, while on the other hand positioning himself as the champion of police reform. This should fool no one.

The RPD is a police force that is woefully out of touch with the citizens they are sworn to protect. Going through three chiefs in one month proves that the culture of law enforcement in Richmond is no longer compatible with the needs of this city. Look no further than the over-policing and use of force against Black communities at a rate of five times that of their white counterparts. When this is juxtaposed against the RPD’s assault on civil society, protected freedoms, and a default setting of violence, not de-escalation, we remain a city in crisis, not repair. This is unacceptable.

It is time for Stoney to demand accountability from the RPD. City Council should lead an independent and transparent investigation which can hold the RPD accountable for the police violence committed in June. Waiting on a 24-member task force working against a 45-to-90-day mandate accomplishes none of the things needed to repair trust in this city’s law enforcement. Simultaneously, the mayor needs to take the proposals of Council members Jones and Lynch seriously and explore ideas for defunding the RPD’s 100 million budget for 2021.

Instead of spending countless millions on a police force that treats their citizens like enemy combatants, the city should be funding social, economic, and mental health programs that actually prevent crime. Defunding a militarized police force who believes they need an abundance of crowd suppression weaponry — like tear gas, rubber bullets, 40mm sponge grenades, and armored personnel carriers — is not only good politics, but what “reimagining” public safety actually looks like.