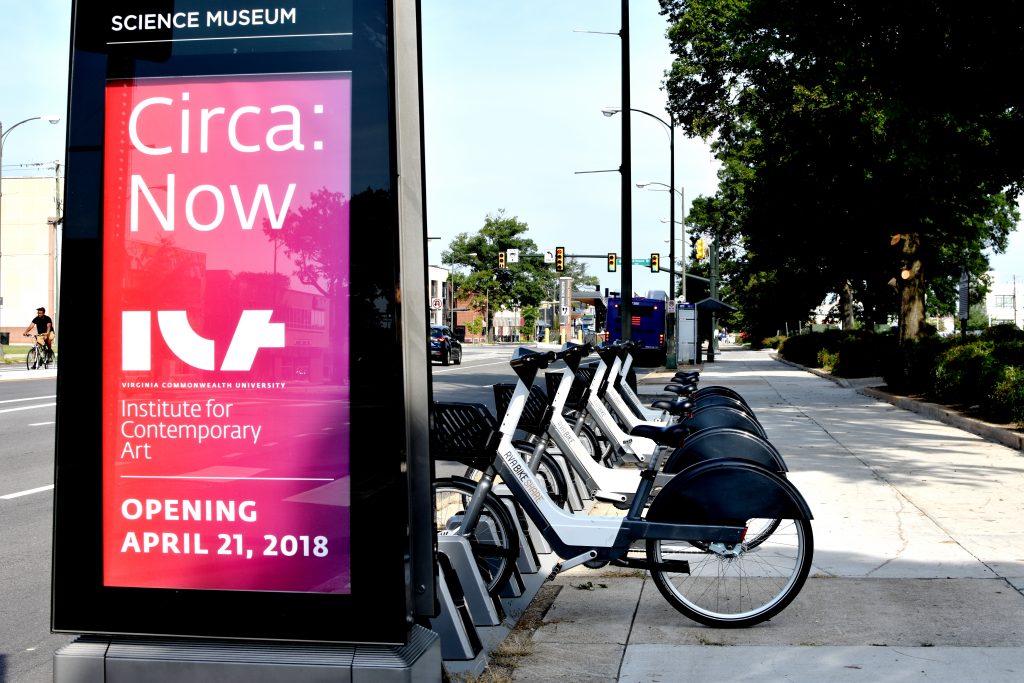 Bike shares have never been more popular in America. But even as national programs see record numbers of riders, Richmond’s RVA Bike Share seems completely stalled, and a major expansion is on an indefinite hold.

Bike sharing first rolled onto Richmond’s streets to dazzle visitors during the 2015 UCI Road World Championships as part of a larger promise from the city of a more bike-friendly capital. The handful of stations that comprised the pilot project were meant to expand into a formal bikesharing system the following year. Despite a delay, RVA Bike Share eventually launched to much fanfare one year ago in August, 2017. The first phase of RVA Bike Share included 20 stations and 220 bikes scattered across the city while the anticipated $1.9 million second phase would double the number of stations and bikes to 40 and 440, respectively. Despite an announced spring expansion, the city agency responsible for the second phase, the Department of Public Works, has released no plans and last month admitted they have “no timeline for completing the project.”

After a year of operations RVA Bike Share’s own website boasts only 378 active members in a city of over 220,000. Just 5,262 people out of Metro Richmond’s 1.2 million residents and over 7 million annual visitors have ever tried out one of their bikes. This highly anticipated transit system was supposed to revolutionize cycling in the city by offering locals and visitors alike a cheap, easy, and healthy way to get around that would create a virtuous cycle of ever more riders and ever safer streets for all. This exciting vision of a healthier, greener, and more mobile Richmond remains, however, a distant vision.

City government and RVA Bike Share’s Canadian parent company, Bewegen, deserve kudos for getting creative and offering a Groupon for membership, providing a month of free rides to patrons of local businesses affected by Pulse construction, and promoting bikeshare tours exploring Richmond’s brunch scene, black culture, and murals. There are, however, three critical and far more substantial areas in which RVA Bike Share needs a full makeover if is to survive, let alone thrive: Accessibility, Affordability, and Agreements.

Accessibility
A successful bikeshare system requires two types of accessibility: a dense network of stations that cater to all as well as leadership that engages with and listens to the needs of its users—city residents. So far, Richmond has neither.

Shortly after the system launched, Powhatan-born transit journalist Canaan Merchant pointed out that RVA Bike Share stations are “concentrated downtown and in the West End which makes sense because it’s where some of the city’s densest and most bike friendly neighborhoods are, but this first phase ignores the city’s poorer neighborhoods in the East End and Southside.”  The current bikeshare network includes just one station east of I-95 and three stations barely south of the Downtown Expressway. All other stations restrict themselves to Downtown, the Fan, or Broad Street.

Such a dense network along a commercial corridor proves useful for people running errands during their lunch break; however, to boost ridership, bikeshare requires stations located in neighborhoods where people live. RVA Bike Share understandably limited its stations to the flattest portions of the city in its first phase, but once the second phase of motorized e-bikes commences there will be no excuse not to better connect those neighborhoods on the other side of a hill or river. The second phase must prioritize underserved residential areas of the city and dole out the twenty new stations to Northside, Manchester, and Church Hill to create a truly useful city-wide network.

With accessible leadership at RVA Bike Share, a more equitable and effective rollout of the second phase that would meet the needs of all Richmonders should be guaranteed; however, as yet the Department of Public Works has proved more elusive than engaged. After the announcement of an indefinite delay, the Department of Public Works denied multiple requests from the Times-Dispatch to interview the bike share coordinator, Jake Helmboldt. RVA Magazine’s own request for comment was simply ignored. Leadership that listens and takes heed of the public—bike share users—would actively solicit feedback. Instead, it seems the only work being done to find out where Richmond residents would like to see the twenty new stations is an independent survey from Sportsbackers’ Bike Walk RVA. The expansion and new station placement shouldn’t be a game of trial and error. Targeted community engagement from the top could make sure Richmonders are heard and the new stations are located to best serve their needs.

Affordability
The purchase of an annual pass—the most affordable option for Richmond residents looking to incorporate bikesharing into their commute—currently costs $96. In an era of subscriptions that users can cancel at any time, RVA Bike Share needs to offer an attractive price to earn such a commitment. For low-income and unbanked Richmonders, on the other hand, a $96 credit card charge is not a carefully weighed purchase but rather an impossibility.

Roughly $100 for a year of use may not sound unreasonable; however, other bike shares across the country offer lower rates for networks with ten times more bikes than RVA Bike Share currently provides. Furthermore, people in D.C., Boston, and San Francisco earn substantially more than the average Richmonder, making a $96 a year pricetag an even bigger ask relative to the $85 an Alexandrian would pay to commute with Capital Bikeshare. The fact that only 378 people in our city believe RVA Bike Share is a good enough value to become an active member should be cause enough for a rethinking of the current price point.

As is too often the case in modern policy making, those from the lower rungs of the income bracket have seemingly been forgotten. RVA Bike Share has no pricing targeting low-income Richmonders and has not mentioned any plans to do so. Portland State University released a comprehensive study last year which showed “low-income people of color were more likely than other groups to say that the cost of a membership was prohibitive to their use of a system.”  Especially in the former capital of the Confederacy our government should be modeling inclusive public policy that actively seeks to promote equity. There exist many role model bikesharing systems such as B-Cycle in Denver or D.C.’s Capital Bikeshare, both of which cater to low-income and non-banked clientele with $5 annual passes.

Boosting affordability boosts overall ridership. RVA Bike Share needs to offer Richmonders a good value and options for the low-income and non-banked among us if they want their number of active users to break 400.

Agreements
The best bike shares amplify their impact on a city through agreements with large partners such as corporations, universities, and public transit agencies. So far, RVA Bike Share has only convinced one company (CarMax) to sponsor one station. Besides a letter from Mayor Stoney asking for support, it’s unclear what—if anything—the city is doing to ensure bike sharing’s success through institutional agreements. Sadly, Richmond’s bike share currently operates as a lone wolf in an industry that requires robust partnerships to thrive.

That same PSU study found that “when asked about what incentives would make residents more likely to use bikeshare, the most popular response was free transfers between bikeshare and public transportation.”  Imagine a world in which GRTC and RVA Bike Share link their two systems so Richmonders could hop off the Pulse and ride a bike the last mile home for free. What if RVA Bike Share negotiated a deal with VCU similar to GRTC’s and offered free bikeshare access to its students, faculty, and staff?  At the least the city could strike a deal to offer its own employees a reduced rate for the annual pass to decrease downtown congestion and promote the health of its workers.

If RVA Bike Share continues to ignore its lack of accessibility, affordability, and partnerships, its stint as part of Richmond’s multimodal ecosystem may be short lived. Bird’s launch of its scooter sharing in the city may be controversial and the focus of a dispute with city officials, however, in Baltimore the company “agreed to give discounts to low-income users and ensure that at least a quarter of their fleets serves mixed-income neighborhoods.”