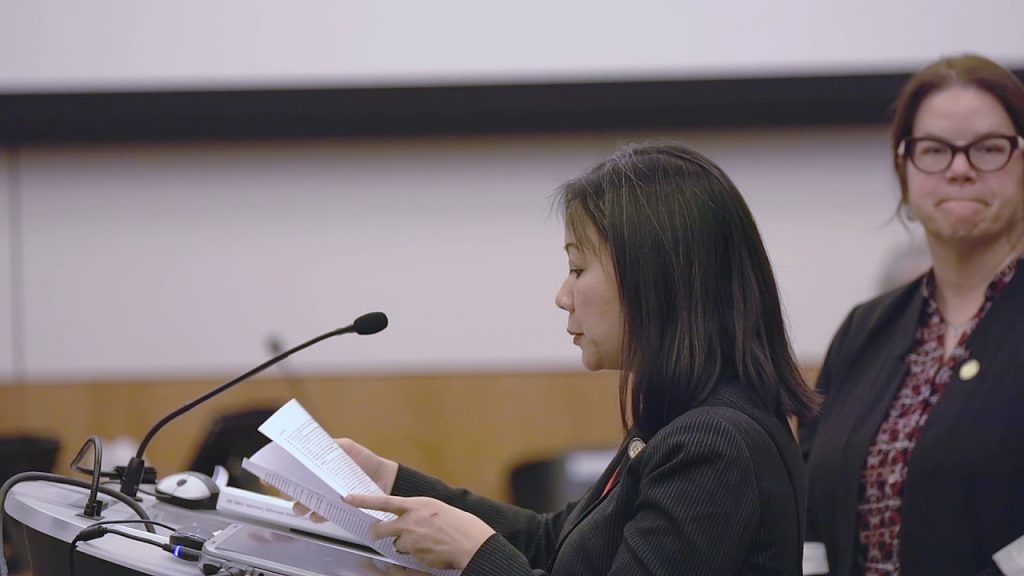 Delegate Kathy Tran’s controversial attempt to ease restrictions on late-term abortions in Virginia was defeated in the General Assembly. But President Trump is still campaigning against it.

At one point last month, it seemed like third-trimester abortions, and their legality in Virginia, would be the controversy that dominated the state’s political discourse at the start of 2019. Of course, the tempest initially stirred up by 42nd District Delegate Kathy Tran’s HB 2491, a bill intended to ease some of the regulations the state currently has on second and third-trimester abortions, was quickly overtaken by the uproar over the state’s executive branch.

However, the quick progression of the news cycle meant that the first impressions around Tran’s bill were the ones that stuck. The fact that most of those were created by negative right-wing backlash is sure to impact reproductive rights in Virginia over the coming years. And as a closer look at Tran’s bill, and the events and discourse that surrounded it, shows us, there’s a lot about this controversial issue that is still not well understood.

Here’s what happened. At the beginning of this year’s General Assembly session, Delegate Kathy Tran introduced HB 2491, a bill designed to “eliminate certain requirements” around abortions in Virginia. It wasn’t until a couple of weeks later that the internet erupted, after a widely-circulated video showed Tran responding affirmatively to a question from a Republican delegate asking if women would be able to receive an abortion while they were in labor.

The video quickly sparked debate at the national level.

“Democrats have reached a new and disgusting low,” a press release from the National Republican Congressional Committee read. “They have a presented a bill that would allow killing a baby AFTER he or she is born.”

President Trump similarly criticized the bill – and similar legislation in New York – during his State of the Union address. Trump’s criticisms addressed comments made during an interview about the bill by Governor Ralph Northam, comments that only further inflamed anti-abortion activists.

“Then we had the case of the governor of Virginia where he basically stated he would execute a baby after birth,” Trump said. “To defend the dignity of every person, I am asking the Congress to pass legislation to prohibit the late-term abortion of children who can feel pain in the mother’s womb.”

Regardless of the controversy, the facts indicate that late term abortion is incredibly rare.

There have only been two third-trimester abortions in Virginia since 2000, the Richmond Times-Dispatch reported. Additionally, a new poll from The Washington Post reports that about 6 in 10 adult Virginians support third trimester abortion in cases where the mother’s health is at risk.

The furor over the bill has led to charges that the bill “would legalize abortion up to birth,” and even that it would legalize infanticide. However, when one reads the language present in the bill, it becomes clear that it does none of those things.

If the bill were passed, the provision in the Code of Virginia would allow for a third-trimester abortion, provided that, among other conditions, “the physician certifies and so enters in the hospital record of the woman, that in the physician’s medical opinion… the continuation of the pregnancy is likely to result in the death of the woman, or impair the mental or physical health of the woman.”

This last provision has been a bone of contention in right-wing circles, with many criticizing the fact that Tran’s bill would allow for women’s mental health to be a determining factor in the decision to allow an abortion. Many of the criticisms mirrored a line John McCain used in a 2008 debate with then-Senator Barack Obama.

Responding to Obama saying that any late-term abortion ban would have to include an exemption for situations in which the life or health of the mother was included, McCain responded, “Health of the mother… that’s been stretched by the pro-abortion movement in America to mean almost anything.”

Similar phrasing showed up in the discussion of Tran’s bill by multiple conservative outlets. Using a Master And Commander analogy, Madeleine Kearns wrote in the National Review, “Saying late-term abortion is okay when there’s risk of ‘the death of the woman’ or if the birth would ‘impair the mental or physical health of the woman’ is kind of like saying that cutting the man on the mast loose is okay if they’ll all drown or if he’ll contribute to the depletion of sea biscuits.”

On the same subject, RedState contributor streiff wrote, “Subsequent decisions have specified that ‘health’ includes mental health and that is a totally subjective judgment and, as far as I can tell, there has yet to be a case where an abortionist failed to collect their check due to one of them deciding that the woman’s life or health would not be damaged. It just doesn’t happen.”

Tran has since asserted that she misspoke in the video that went viral, and that a live birth, not an abortion, would happen during labor. “I wish that I was quicker on my feet and I wish that I was able to be more agile in that moment,” she told the Washington Post. “And I misspoke, and I really regret that.”

Tran said in a video statement posted to her Facebook page after the furor erupted that she knew and had heard from women who were faced with the decision of whether to have an abortion.

“That’s why I introduced a bill to repeal the medically unnecessary and unduly burdensome barriers that Virginia women face when they’re accessing this healthcare service in consultation with their doctor,” Tran said.

Tran has been lauded as a champion women’s rights by a variety pro-choice organizations.

“Delegate Tran introduced a bill to repeal medically unnecessary barriers to reproductive healthcare in Virginia, and she should be applauded for her leadership,” Heidi Sieck said in a statement from Vote Pro-Choice. “Let’s be real: the overly-funded, outsized voice of the anti-choice movement is generating a vicious and misleading smear campaign against pro-choice legislation that is medically sound and aligned with the values of the country.”

Regardless, Tran’s bill was ultimately tabled on February 5 by the House of Delegates’ Committee For The Courts of Justice. And even as Virginians have ceased, for the most part, to discuss the issue, Trump continues to bring it up at campaign rallies, saying in El Paso on February 11, “The governor stated that he would even allow a newborn baby to come out into the world, and wrap the baby, and make the baby comfortable, and then talk to the mother and talk to the father and then execute the baby. Execute the baby!”

Rest assured, we haven’t heard the last of this issue. Hopefully next time it’s raised, it will be discussed in a fact-based manner, rather than destroyed by an uproar around a sensationalist sound bite.