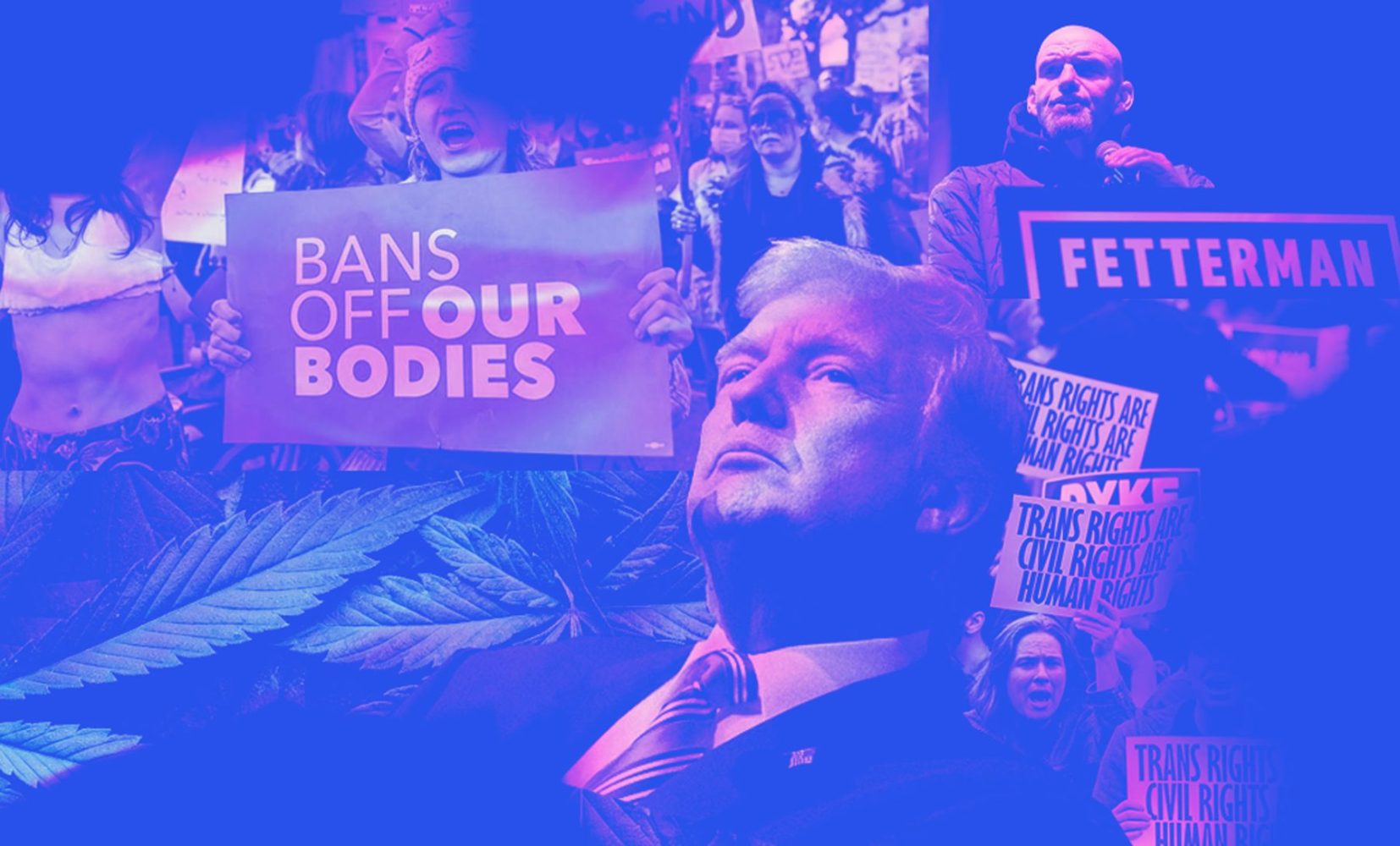 We don’t hide the fact that our blood runs blue over here at the magazine. So waking up this morning and scanning the headlines today has been a mixed bag but overall not the bloodbath every other media was telling us it would be. Here is a quick rundown on where we are right this moment with a number of races still in the air! Keep your fingers crossed. We will update as the day goes along.

‘Americans take a stand for decency as the GOP red wave turns to dust, surprising all of us’ HERE
Let’s cut to the chase: The ebullient Republicans who marched into Tuesday’s midterm elections smugly confident they would surf to power on a mighty, nation-sweeping red wave were left high and dry. Why? I’d argue it’s a testament to Americans’ distaste for indecency.

Runoff election in Georgia may decide fate of U.S. Senate, again HERE
Control of the U.S. Senate may once again be decided in Georgia, weeks after Election Day as a tight race between Democratic incumbent Raphael Warnock and Republican challenger Herschel Walker was headed to a Dec. 6 runoff. With more than 99% of the vote counted, Warnock is narrowly leading against Walker, a former football star endorsed by former President Donald Trump. But Warnock has not yet reached the 50% threshold needed to avoid a runoff, according to data from Edison Research.

The previously little-known state senator became popular in conservative circles for elevating Trump’s baseless claims that the 2020 election was stolen and leading the efforts in Pennsylvania to challenge the former president’s loss in the battleground state. He helped organize transport to the “Save America” rally in Washington, DC, on January 6, which he also attended — but he did not enter the Capitol. As governor, Mastriano would have had the power to appoint Pennsylvania’s chief election official.

Democrats smashed the ‘red wave’ in Michigan, winning all statewide offices and the state Legislature HERE
Gov. Gretchen Whitmer, Attorney General Dana Nessel, and Secretary of State Jocelyn Benson, all Democrats, won second terms in Tuesday’s election, defeating their far-right conspiracy theorist challengers. And for the first time in 38 years, Democrats have gained control of the state House and Senate.

Abortion rights boosted with defeat of Kentucky amendment HERE
Kentucky voters rejected a ballot measure aimed at denying any constitutional protections for abortion, handing a victory to abortion-rights supporters who have seen access to the procedure eroded by Republican lawmakers in the deeply red state.

Vermont becomes the 1st state to enshrine abortion rights in its constitution HERE
Reproductive rights are set to be enshrined in the Vermont Constitution. With more than 285,000 votes counted early Wednesday morning, “yes” votes for Proposal 5 outnumbered “no” votes 72%-22%, according to the Secretary of State’s Office. Close to 6% left the question blank. The amendment was widely expected to pass.

Maryland voters approve recreational marijuana legalization HERE
Some supporters said they believed the state would benefit from the tax revenue cannabis sales will generate, while others said they consider it to be less damaging than alcohol. “I don’t feel it will do any harm, and I think that it might actually do some good,” said Mary Magnotti, of Annapolis, noting that marijuana has been medically helpful to her.

Missouri Becomes the 21st State To Legalize Recreational Marijuana HERE
Missouri voters, who approved medical marijuana in 2018, went further on Tuesday by passing a ballot initiative that legalizes cannabis for recreational use. With 89 percent of ballots reported, 53 percent of voters had said yes to Amendment 3, which amends the Missouri constitution to “remove state prohibitions on purchasing, possessing, consuming, using, delivering, manufacturing, and selling marijuana for personal use” by adults 21 or older. The initiative also “allow[s] persons with certain marijuana-related non-violent offenses to petition for release from incarceration or parole and probation and have records expunged.”

Slavery rejected in some, not all, states where on ballot HERE
Voters in four states approved ballot measures that will change their state constitutions to prohibit slavery and involuntary servitude as punishment for crime, while those in a fifth state rejected the move. The measures approved Tuesday curtail the use of prison labor in Alabama, Oregon, Tennessee and Vermont. In Louisiana, a former slave-holding state, voters rejected a ballot question known as Amendment 7 that asked whether they supported a constitutional amendment to prohibit the use of involuntary servitude in the criminal justice system. Ahead of Election Day, state Rep. Edmond Jordan, a Democrat from Baton Rouge and author of the amendment, reportedly asked voters to reject the measure because its wording on the ballot differed from his proposal.

AND YES MORE OF THIS…

Trump blasted across media spectrum over Republicans’ midterms performance: ‘Biggest loser tonight’ HERE
As the midterm results rolled in Tuesday night, and the “red wave” long hoped for by Republicans had not materialized, many pundits and journalists across the spectrum pointed their fingers at former President Trump. As several Trump-backed candidates in major races lost or lagged behind other Republicans in their states, a consensus appeared to emerge that Trump had a bad night, although it was still up in the air whether Republicans would re-capture the House and Senate.

Former Obama campaign strategist David Plouffe said on MSNBC, “I think you have to say Donald Trump has now presided over two disastrous midterm elections.” In his only one as president in 2018, Trump’s party lost control of the House, although it gained U.S. Senate seats thanks in part to a favorable map. In 2022, Republicans appeared poised to make huge gains and seize control of both chambers of Congress, but in the early hours of Wednesday morning, it still remained unclear if they would even take control of the House, a seemingly unthinkable proposition last week.

Lauren Boebert, Colorado’s Trump-Backed Gun-Toting Darling, Staring Down a Monster Upset HERE
Colorado Republican Rep. Lauren Boebert – who splashed onto the political scene in 2020 as a young Second Amendment evangelist and quickly cemented her image as a Trump-thumping MAGA Republican – is staring down what could be the biggest upset of the 2022 election cycle in a race that was considered locked in her favor.