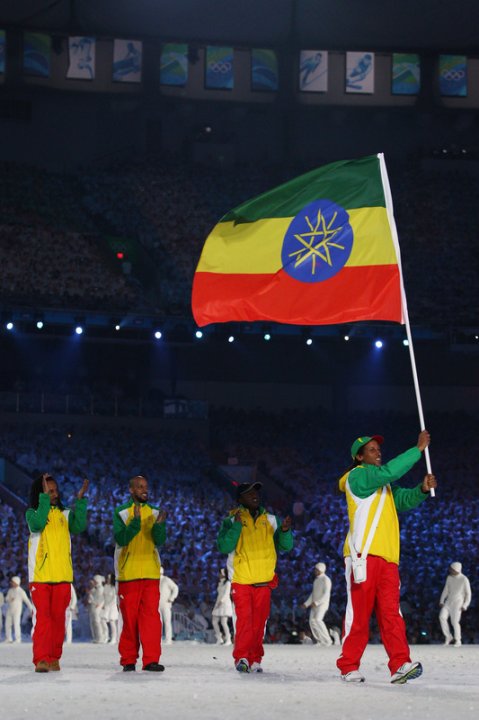 Robel Teklemariam, The Man That Slides On Ice.

I had a conversation the other day with Benyam of the Nile. He told me that his brother Robel was about to qualify for the 2010 Winter Olympics as a cross country skier. I knew that he had been to the Games back in 2006 but then it dawned on me,”I’m pretty sure there isn’t any snow in Ethiopia.” To which Benyam confirmed, “There is some snow at the very peaks of tall mountains but no one goes out to ski really.”

So I had to ask, how did this happen? How is his brother representing his mother country when there isn’t any skiing going on? What did the family think of this idea? The Ethiopian government? Was he looked at as kinda nutty?

“Robel had a dream and is making his own way. You should ask him.”

I couldn’t pass this up so I reached out and his brother, Robel Teklemariam, 2010 Winter Olympian, was kind enough to take the time to answer. 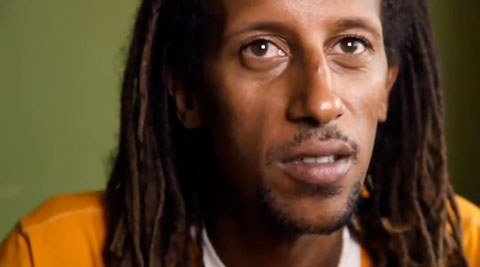 Robel, being somewhat ignorant of life in your native country, I have to ask: is skiing a normal thing?

Skiing is definitely not normal in Ethiopia, but maybe someday because we have the cold and the mountains.

I was told there is no word for “ski” in your native language. Is this true?

I guess the word for ski would have to be “ski” because there is no word for it. There is a way they say it, though. “Beredoe shirtatte“. Which literally means “ice slider.”

It’s my understanding that no one had ever represented Ethiopia in the Winter Games. What gave you the idea that it could happen?

I have always liked skiing and my country, so it was a dream from when I was twelve years old. It initially came to my mind when at one race when I was a kid, a guy jokingly said, “You should represent Ethiopia in the Olympics.”

What was the reaction when you went to apply with the government? It had to come off as a little incredible.

There was support, but also a bit of, like, “Well, we do not have skiing so we don’t know what to tell you.” Once they realized I was serious, though, the Ethiopian Olympic Committee did everything in their power to get me there.

What was the reaction from your family and friends?

My family was like, “It is about time and we are with you one hundred percent.” With my friends it was mixed. My closest friends were also behind me, but with some of my casual friends who do not know me that well, they had a bit of a clue the mountain I had to climb to get there. To put it politically correctly, they were skeptical. 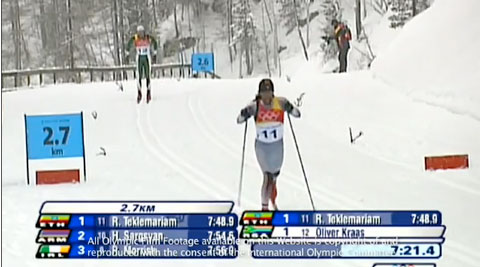 So you make it to your first Winter Olympics in 2006. How did it feel to finally get there?

It took three months to sink in. I was always full-tilt ’til it was all over. But I do have to say the experience of walking into the stadium was surreal – even that took a bit before I could really get a grasp of what it was.

Was it strange being out there by yourself and carrying the national flag? Did you get nervous?

I am not sure if the word “nervous” is the right one. It was all new for me to be at such a big event. The organizers, though, had everything worked out so all I had to do was follow. Like I said, it was surreal.

You have teamed up with Panasonic for the journey to your second Winter Olympics. Has this one been easier?

Not easier but not more difficult. This one has its own challenges as well. I am qualifying through Europe where I have never raced before. There is also the language barrier and many other things. It is also a bit tougher to qualify this time around, but I am there. I am also getting around by train, which makes it a bit tough. 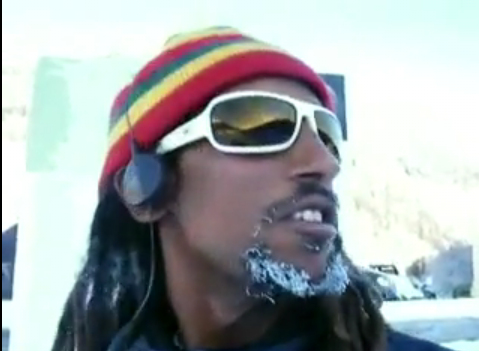 What are your expectations? Are you bringing home the gold?

My expectation of myself is to do better than I did last time. Bringing home the gold? Maybe another Olympics.

Thank you Robel, and good luck. I will be watching, along with your family and friends back here in Richmond.

For more information on Robel Teklemariam’s remarkable journey to the 2010 Winter Olympics, go to 5dreams.panasonic.net/robel_teklemariam or follow him on Twitter at twitter.com/robel_5dreams.