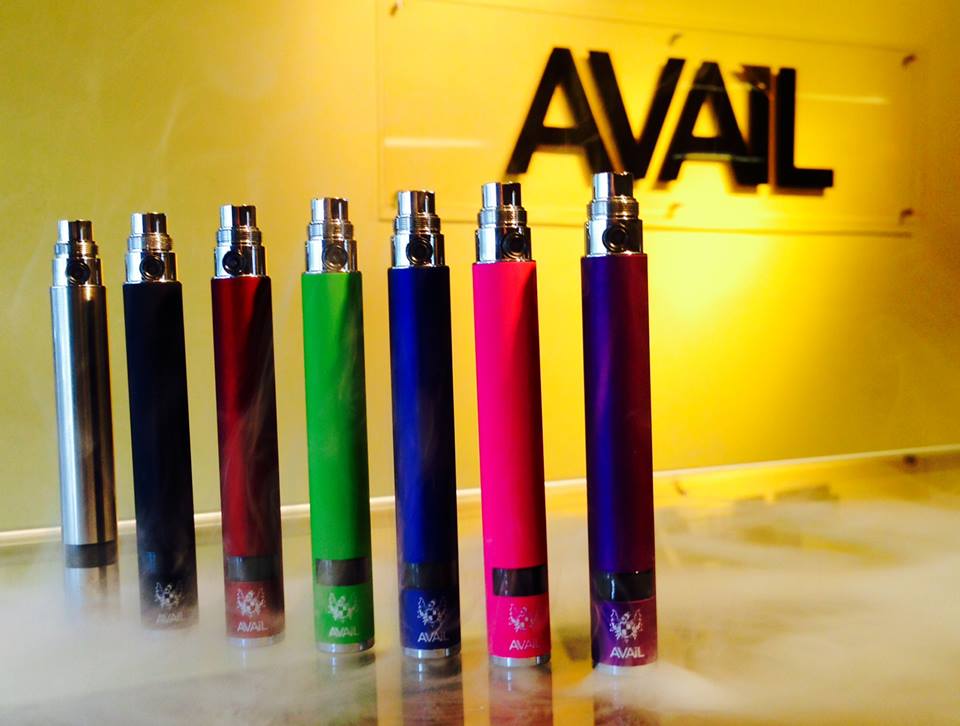 It’s no secret many Richmonders enjoy smoking. Tobacco marts are almost as abundant as tattoo parlors, Altria Group—-the owner and maker of Marlboro cigarettes-—has headquarters on Broad St., and VCU students can even use their ‘RamBucks’ to buy cigs at 7-11s.

It’s no secret many Richmonders enjoy smoking. Tobacco marts are almost as abundant as tattoo parlors, Altria Group—-the owner and maker of Marlboro cigarettes-—has headquarters on Broad St., and VCU students can even use their ‘RamBucks’ to buy cigs at 7-11s.

It’s also no secret that the news pertaining to carcinogen-ridden cartons of cigarettes is consistently, and increasingly, more negative — but an alternative has been making a steady come-up in this smoker-laden city and around the world: electronic cigarettes, or e-cigs.

E-cigs are sold as smaller devices which mimic real cigarettes, but they also exist in personalized units which range in color and size. An electric charge is used to heat up and vaporize a nicotine-laced liquid and the end product is inhaled – similar to a normal cigarette.

E-cigs have only been on the US market since around 2006, and the fledgling market currently has no FDA regulation. But don’t let its age fool you; e-cig device and related product sales reached almost $2 billion in 2012, with much of that revenue coming from smaller, independently owned businesses.

While there are studies which suggest the newfangled smoking devices can help long-time smokers quit the habit, or at least replace it with this new alternative, there is debate over whether e-cigs have been on the market long enough to assess long-term effects.

Herein lies the problem facing the e-cig market, and it’s the root of an investigation being launched by the FDA: what is in e-cig vapor?

Currently, companies do not have to disclose the ingredients in their liquid product (juice) which gets vaporized, and technically an age-limit for sale does not exist yet at the national level either.

Some of the many flavored “juices” offered by Avail Vapors

“Under the Family Smoking Prevention and Tobacco Control Act signed by the President in 2009, FDA can ‘deem’ additional tobacco products to be subject to the Federal Food, Drug, and Cosmetic Act,” said a FDA spokesperson in an email. Because of this act, known as “the ‘deeming’ rule,” and outcry from anti-smoking advocates, e-cigs have come under additional scrutiny as of late.

“The problem is what grade of ingredients are being put in,” said James Xu, an owner of Avail Vapor, a Richmond-based e-cigarette company and manufacturer of e-cig juice.

Xu and his company are confident in the safety of their e-cigs, and have disclosed ingredients in their product without a FDA mandate.

Xu said Avail got into the juice-side of the business after questioning the quality of the product coming out of other companies. Xu said they have a pharmacist on staff who helps over see the juice production.

“That’s a big issue right now in the industry,” said Jamie McEwan, an employee at the Avail Vapor store located in Carytown. He stood behind a display case which gives folks a glimpse at the diverse nature of Avail’s products.

Mark Stofan, another Avail employee at the Carytown location, said that the only ingredients the company uses in their e-juice are propylene glycol, vegetable glycerin, food grade additives, and nicotine if that’s preferred.

But the FDA still says the matter is public health based and therefore their concern–even if the e-cigs are safer than traditional smokes.

“Certain things are food grade aren’t necessarily safe to inhale. There were companies using things like food colorings that were okay to eat, but not to inhale,” she added.

The FDA spokesperson said that while developing the rule, they considered the burden which would be placed on all regulated entities, including small businesses trying to gain a foothold on the market.

“The agency is proposing different compliance dates for various provisions so that all of the regulated entities… will have adequate time to comply with the requirements of the ‘deeming’ rule,” the spokesperson said.

Green Smoke – one of the e-cig companies owned by Altria

Xu said that he is in favor of regulation and does not think it will be detrimental toward his business. He and his company believe only the best-grade ingredients should be used in manufacturing vapor products, and they’ve got nothing to be concerned about. Xu went as far as to say the FDA hasn’t gone far enough in their attempts to regulate.

“They’re going step-by-step to disclose their ingredients, but in our mind it’s too slow. We want to see everything has to be FDA certified,” Xu said.

Back at Avail in Carytown, Stofan shared Xu’s concern about competing products. “A lot of other companies are going to throw in a lot of other stuff like alcohols, dyes, a lot of artificial stuff,” Stofan said. “We don’t use any of that. It’s all natural, kosher. We’re one of the only places in the United States that has an actual pharmaceutical clean lab set up.”

Altria Group, like Avail Vapor, have their roots in Richmond. “10 years ago, Altria was an active proponent of congress giving the FDA jurisdiction over tobacco products,” said David Sylvia, a spokesperson for Altria Group.

“We believe that science and evidence based regulation is good for the tobacco industry because it brings consistency to the marketplace, provides a set of known rules by which everyone has to operate, and, regardless of the product category, when you have known regulations it makes for a more stable business environment,” Sylvia added.

But not everyone in the E-cig market is excited about regulation, and some economic commentators believe moves by the FDA will push smaller competitors out to leave room for the big dogs.

“Big tobacco is in a much better position to implement the rules as the companies have plenty of experience in dealing with regulators and battling anti-tobacco lawsuits,” wrote Rupert Hargreaves for Daily Finance. “Big tobacco also has the upper hand in assuring quality control, as the industry comes under stepped-up scrutiny following reports of accidental poisoning caused by some ingredients.”

Hargreaves went on to speculate all the cash behind big tobacco will be the big deal breaker when smaller competitors come up against the FDA.

“Smaller, independent e-cig companies will have trouble complying with these rules. Furthermore, with an almost endless supply of cash, big tobacco will be able to out-market the smaller producers, develop marketing campaigns, and design products that cater to consumer needs.”

Although Altria has yet to make a public statement on e-cig regulation, Sylvia said Altria Group believes the regulation will be positive for the industry and plans to submit their own comments to the FDA through a public comment period, which extends for 75 days past the initially proposed regulations on April 24.

The FDA spokesperson said they cannot speculate on when the FDA will issue a final rule, but the agency intends to work as quickly as possible to review comments throughout the 75 day comment period.