In Prince William County, ICE agents that are visually indistinguishable from local police have been arresting undocumented immigrants. For activists and local elected officials, this comes across as an unjust abuse of power.

Standing on a NoVA sidewalk in his Lady Gaga t-shirt on a hot afternoon, Josh Ayala told a small crowd about how ICE agents took his boyfriend. The agents, he said, presented themselves as local police officers.

“I just want to say fuck ICE with all my heart and all my strength,” Ayala told his fellow protesters on August 23rd. Around fifteen people gathered on a roadside in Woodbridge, VA, near the site of the incident, to protest the detention of Ayala’s boyfriend, Luis Valladares-Cruz, an undocumented immigrant who has been in Prince William County since he was 7. They carried signs and chanted slogans like, “Brick by brick, wall by wall, fire to the prisons and free them all.” One woman carried an American flag and wore an American flag headscarf; another wore a shirt that read, “Cops give pigs a bad name.“

“I would have never let Luis out of my vehicle knowing that they were going to take him,” Ayala told me later in an interview. “I feel like I was robbed.”

Ayala says that, when he saw blue lights flashing in his rearview and pulled over, he and Valladares-Cruz felt they had no reason to worry. Ayala trusted local law enforcement. They are here to protect us and “get the bad guys,” he told me. But the officer who approached the vehicle, wearing a vest with the word “POLICE” and a nondescript gold badge on his chest, was not a Prince William County police officer. In Ayala’s account, the agent said Ayala’s car matched the description of a vehicle associated with a crime in the area.

“We innocently gave them our IDs,” Ayala told me, “thinking, ‘Okay, they’re officers investigating a crime in the area. Let’s help them out.'”

A short time later, Valladares-Cruz was taken into ICE custody, and Ayala was left in shock on the side of the road — “I was literally, like, shaking,” he said. Three weeks later, he is still coming to terms with Valladares-Cruz’s absence. Since Valladares-Cruz was taken, Ayala told me, he has taken to sleeping on the couch. “Now, if I’m in the [bedroom] by myself, I feel like he should be in the living room,” Ayala said. “But in reality, when I come out he’s not there.”

Meanwhile, Valladares-Cruz is confined to an ICE detention center in Caroline County, where a man was recently brutalized after expressing frustration with the prison’s quarantine procedure. When Ayala and I spoke last Friday, Valladares-Cruz had been quarantined in an isolation cell for weeks. Ayala said he complains that he has no distractions or entertainment — “no books, no paper, no pen, nothing” — and compares the prison’s mushy meals to “cat food.” Ayala said Valladares-Cruz was still using communal spaces for dining and showering, which brings the efficacy of the facility’s quarantine measures into question.

At the protest on the 23rd, activists, people directly impacted by immigrant incarceration, and local officials echoed many of Ayala’s concerns. María Mayorquin, a small woman in a canary-yellow blouse, addressed the crowd in Spanish while holding up a crumpled sheet with her husband Edwin Garcia Rogel’s coronavirus test results. Beside her, activist Leonina Arismendi stood translating, a megaphone perched on their shoulder. Rogel has tested positive for the coronavirus along with over 90 percent of the other people detained in ICA-Farmville, and his wife has started a campaign to free him called Devuelvánme Edwin.

Two local officials, including Occoquan District Supervisor Kenny Boddye, spoke also spoke to the crowd. Boddye described Valladares-Cruz’s detention as an “abduction,” and referenced the recent expiration of Prince William County’s 287G, an agreement that allowed local law enforcement to arrest people and turn them over to ICE. Since 2018, ICE has deported almost 600 local residents under the agreement. “We, all of us, ran last year on saying that this is no longer the Prince William County of the past, where we just rounded people up based on where they come from the color of their skin,” Boddye said.

According to Valladares-Cruz’s lawyer, Astrid Lockwood with Legal Aid Justice Center, Prince William County’s immigrant community is still recovering from the devastating effects of 287G. Since Donald Trump’s election, she said, “there has absolutely been an increase in the authority that’s been given to [ICE officers] and their ability to act on it with impunity, knowing that there is essentially nothing we can use to say you can’t do this. Because then we’ll just get the pushback from their superiors, and their superiors’ superiors.”

Although Lockwood could not speaking directly about Valladares-Cruz’s case, she said she has seen a number of videos where ICE offers have “POLICE” printed in large letters across their chest, with only a small patch reading “ERO” for Enforcement and Removal Operations — hardly something you would notice in a moment of fear. “The average person doesn’t know what ERO stands for,” Lockwood said. “All they know is there’s a police officer dragging them out of their car.”

In a statement, a press person for ICE told RVA Mag that “[ICE Officers] did not claim to represent any other law enforcement agency or purpose,” and that, though they travel in unmarked vehicles, “they can easily be identified by their agency-branded badges and protective gear.”

Lockwood, on the other hand, thinks that ICE agent’s lack of transparency is often deliberate. “The cruelty is the point,” she said. “The fear is the point.” As for Ayala, he says his views on law enforcement have shifted since the Valladares-Cruz was taken. “I can’t even look at [police] the same way because of knowing that they allow these individuals to come here and basically act as them,” he said, “I feel like my human rights as a citizen, they were violated.”

For now, Ayala is doing the best he can to support Valladares-Cruz while processing his own emotions. Last week, he said his grandfather was ill and two of his and Valladares-Cruz’s pet quails died. But he has decided it’s best not to tell Valladares-Cruz about such problems, given his already depressing reality.

“I don’t even cry anymore,” Ayala told me.

Top Photo via Free Them All Virginia 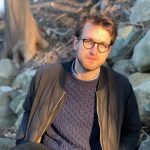 Henry Clayton Wickham is a Richmond native and graduate of the Zell Writers Program. He is a recipient of a Hopwood Graduate Short Fiction Award and the Andrea Beauchamp Prize; he recently completed a Nicholas Delbanco Residency through the Fine Arts Work Center. He teaches writing at The University of Michigan.