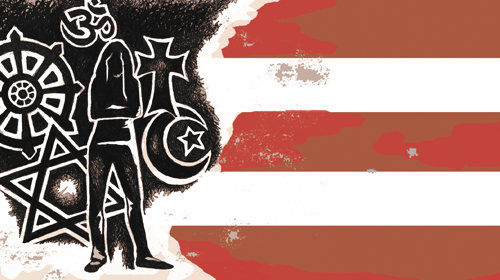 RICHMOND – Some Virginians such as Delegate Richard Bell, R-Staunton, are trying to introduce creationism discussion into science classrooms in Richmond and throughout the commonwealth, and although h

RICHMOND – Some Virginians such as Delegate Richard Bell, R-Staunton, are trying to introduce creationism discussion into science classrooms in Richmond and throughout the commonwealth, and although his bill is now dead, some Richmonders continue to support the effort.

The issue of creationism’s place in school comes to the nation’s forefront after events such as the debate between “science guy” educator Bill Nye and Christian author Ken Ham at the Creation Museum in Kentucky.

Americans watched Nye and Ham debate while the Virginia General Assembly referred House Bill 207 to the Education Committee. The bill’s summary states that public school classes need to encourage students to “… understand, analyze, critique, and review in an objective manner the scientific strengths and scientific weaknesses of existing scientific theories …”

The bill already had been voted on by the House Education Committee 14-8 in favor, but many in the Richmond area don’t think that the schools are ready to host those discussions.

David Pegram, an adviser to the pro-creationist Virginia Christian Alliance, said while he does encourage discussion about existing theories such as evolution clashing with religious theories, he has his reservations about how prepared teachers are to address the differences.

“I don’t think that most educational teachers, or personnel, are ready to ‘teach’ creationism,” he said. “That would be fraught with danger, because you need folks that are really skilled in that (creationism) to teach the balance between the two.”

“I think that very few teachers … I mean I don’t think I would be equipped to fairly and intelligently and sensitively handle that discussion in class,” she said.

Another challenge to state legislation such as HB207 is the legality of religion coming in such close contact with schools, considering the Supreme Court precedent against the bill’s content. Americans United for Separation of Church and State took the court’s legal stance against the bill by sending an opposition letter to the Virginia House of Delegates.

Daniela Jacobs, principal of Hanover’s William F. Fox Elementary, said she would be concerned about the consideration of diversity within Richmond-area schools if creationism was discussed in classrooms.

“Just speaking from this school here, there are children from all walks of life,” she said. “I think it would be difficult not to alienate certain children and families; the beliefs of their families.”

Many parents wishing to include faith in their child’s curriculum choose to educate their children via charter schools or in home-schooling environments, but not all families have that financial option. Hutchinson said inviting creationism and religion into public schools would cause objections from many families, but others don’t want creationism to be dismissed.

Hutchinson said she would be OK – but not totally comfortable – with a teacher simply describing what creationism is and noting that some people believe in it.

“I think honestly that the biggest concern that parents on either side would have is that their view is treated disrespectfully; that it’s scoffed at,” she said.

Pegram said for many creationists, starting the discussion in schools among students is the main goal.

“I think it will really expand their science skills and ability to think more deeply about the different aspects of the creation/evolution controversy or difference of opinion,” he said.

Others, like Hutchison, say “ideas that are not based on science” have no place in a science classroom.

For now, HB207 has been “left” with the Education Committee, which mean it was killed for this session, but some Virginians may try to reintroduce creationism’s place in schools in future sessions. Bell did not return requests for comment on the status of his bill.